For our third and final preview, let’s take a peek at the other things that Legendary® Encounters: Alien Covenant Expansion has to offer beginning with the brand new Avatar and Role cards. This expansion includes 5 new Avatars with their Role cards, Navigator, Pilot, Communications Officer, Biologist, and Terraformist. Here are just a couple. 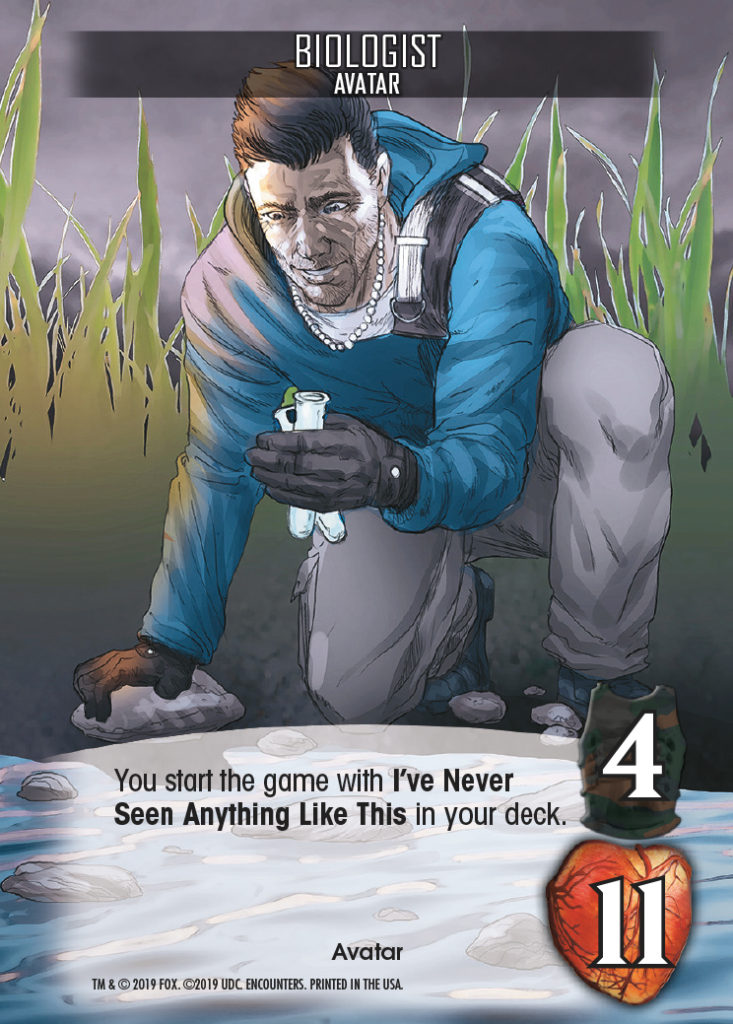 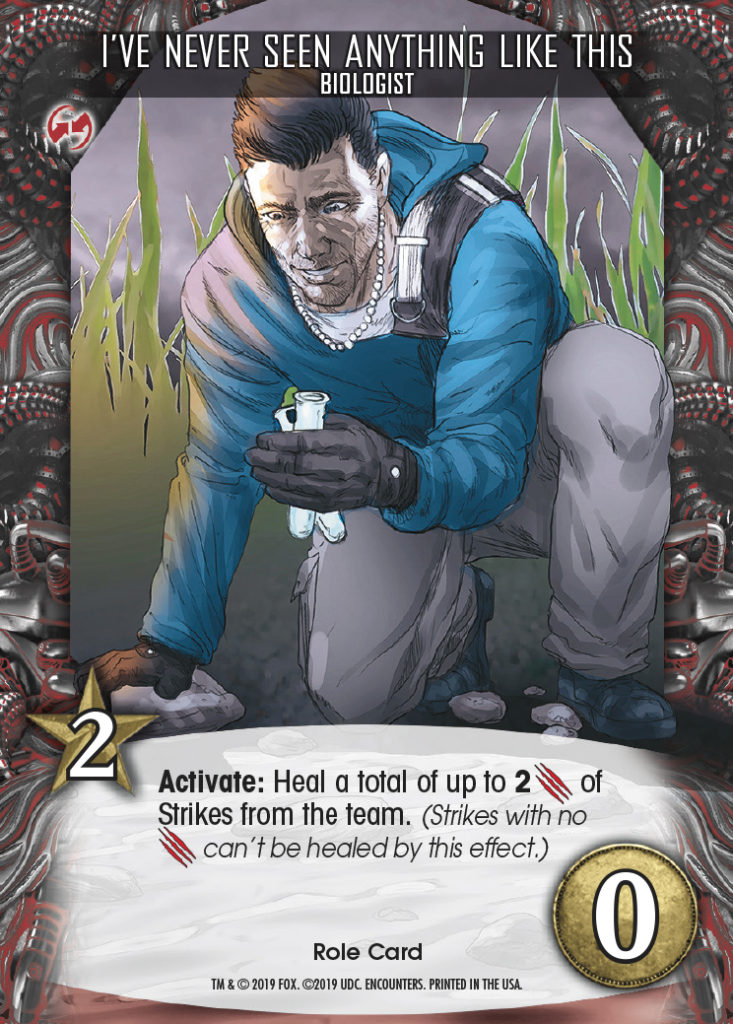 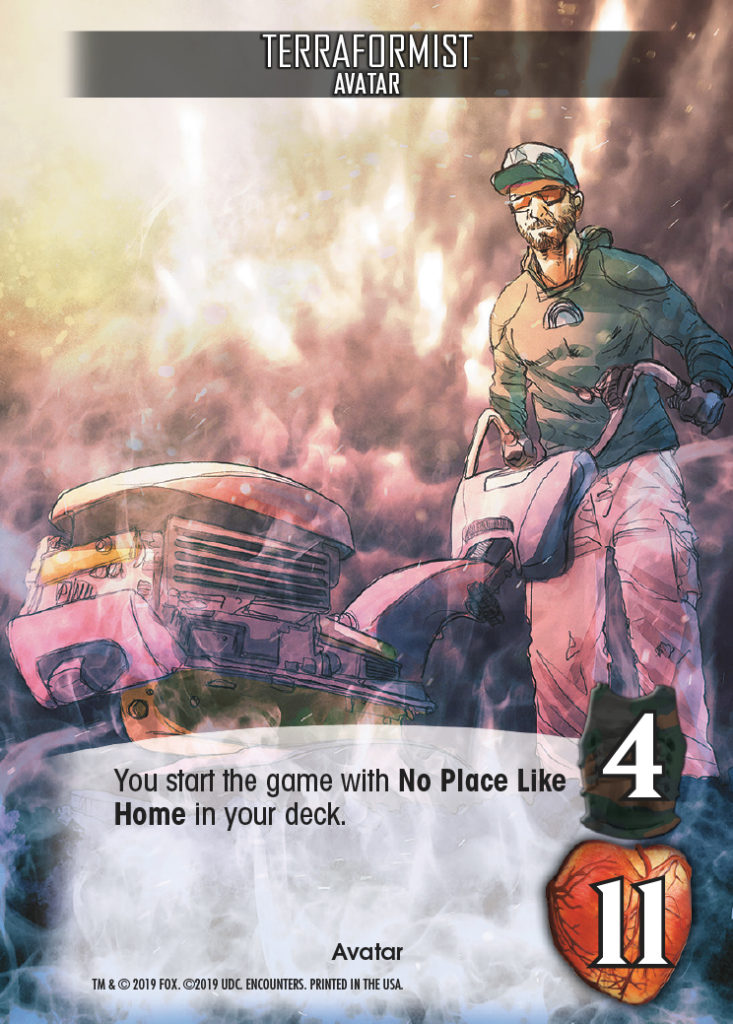 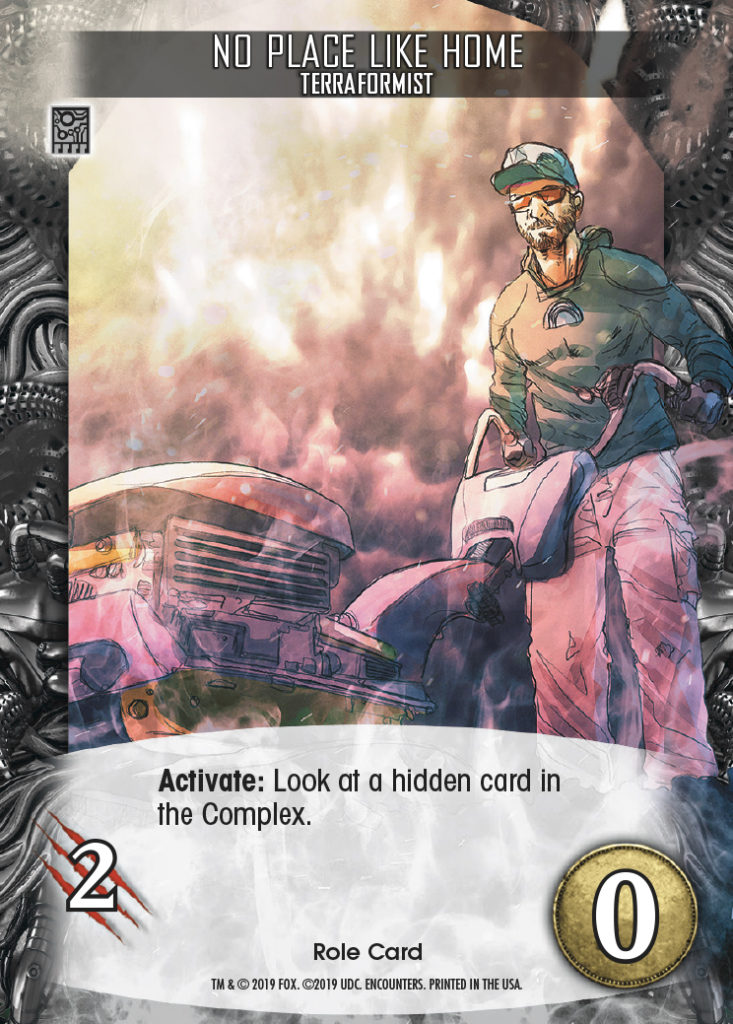 In the first Legendary® Encounters: An Alien™ Deck Building Game Expansion a player could take on the role of the Queen Mother and actively play against the Human players. Now we introduce David 8!

David 8 was a synthetic robot created by Peter Weyland to serve. Soon David himself began to question why he must serve. He wanted to be the creator not the servant. Eventually, he became both the creator and the destroyer! 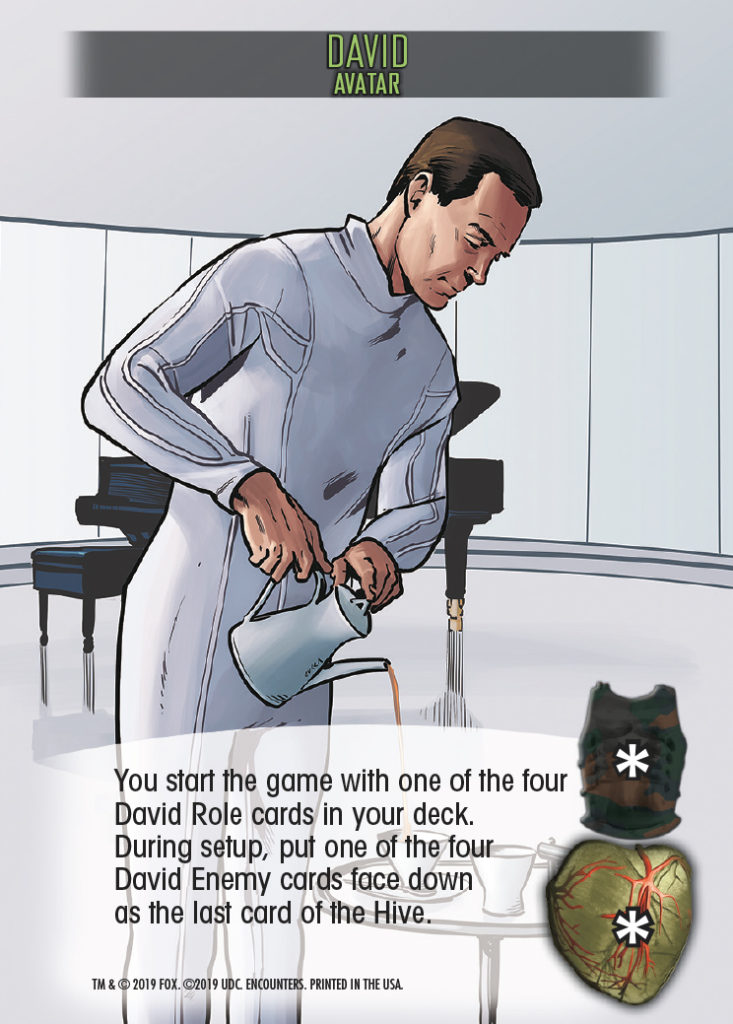 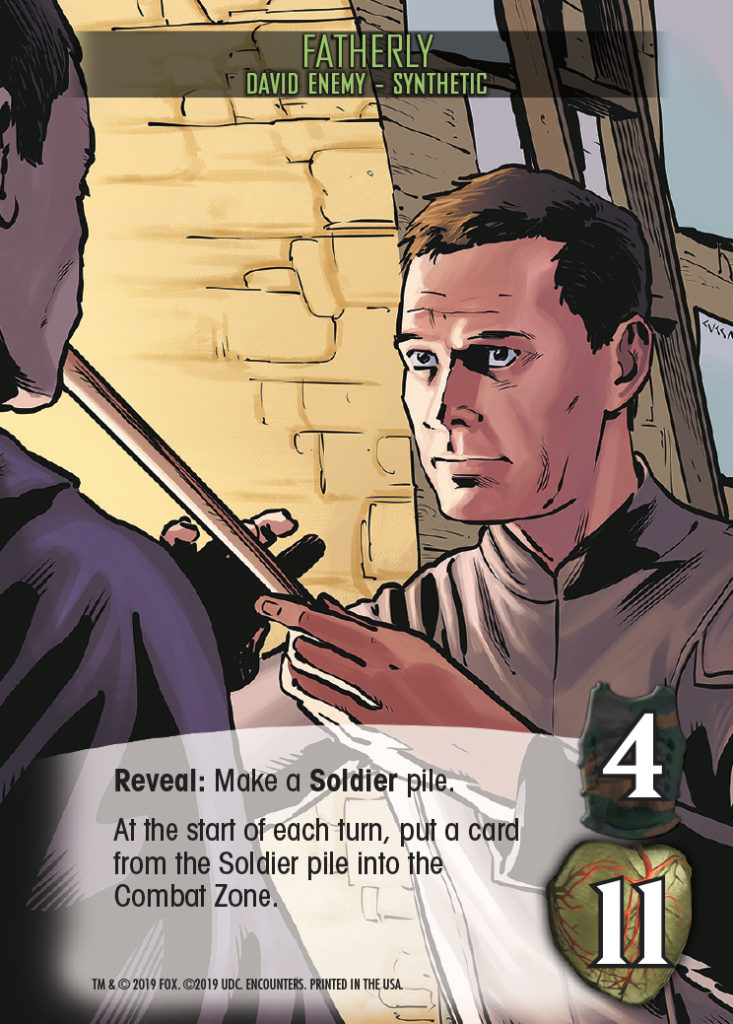 David 8 starts with his own starting cards just like the players. 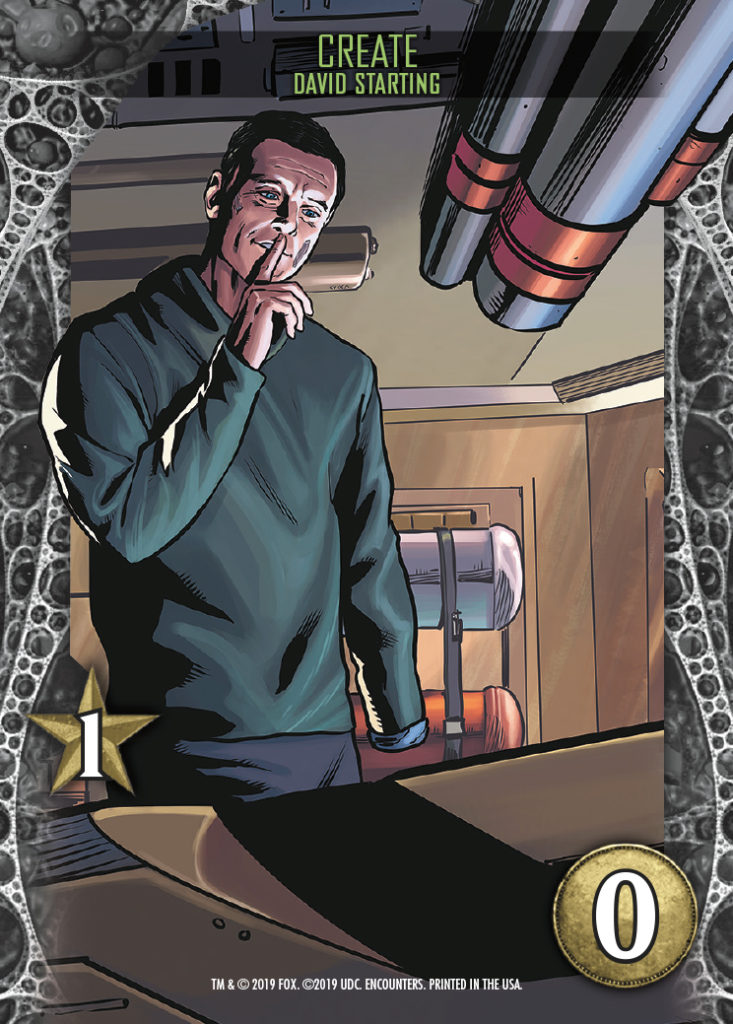 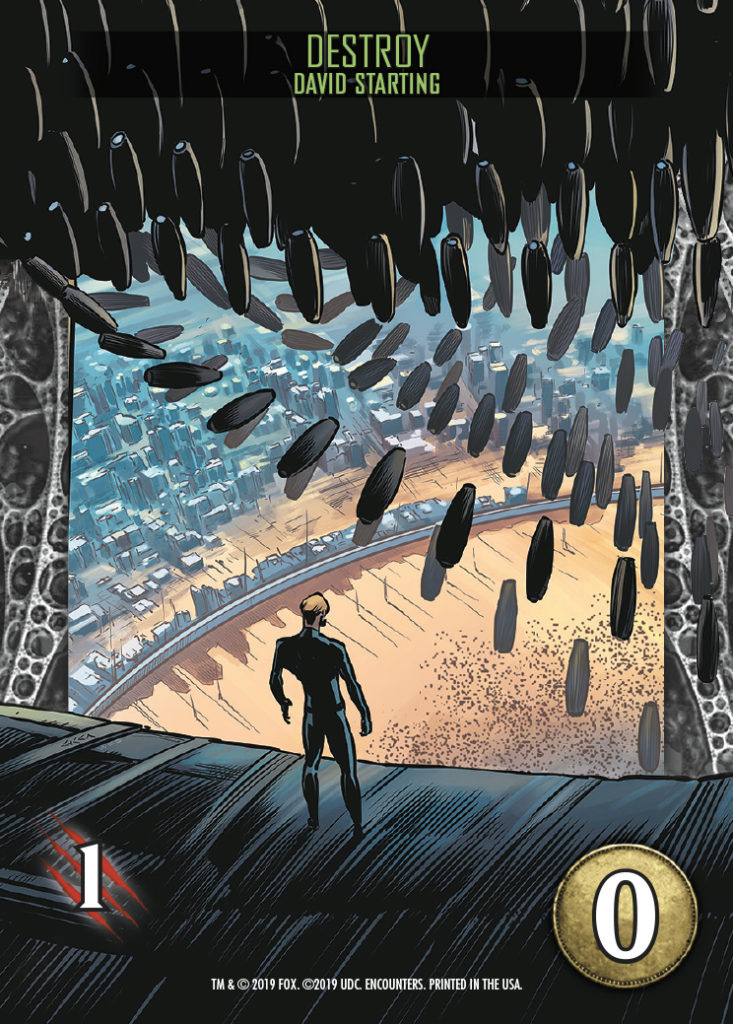 Using these simple starting cards David will begin his own dream of creation, a quest to create the perfect organism. 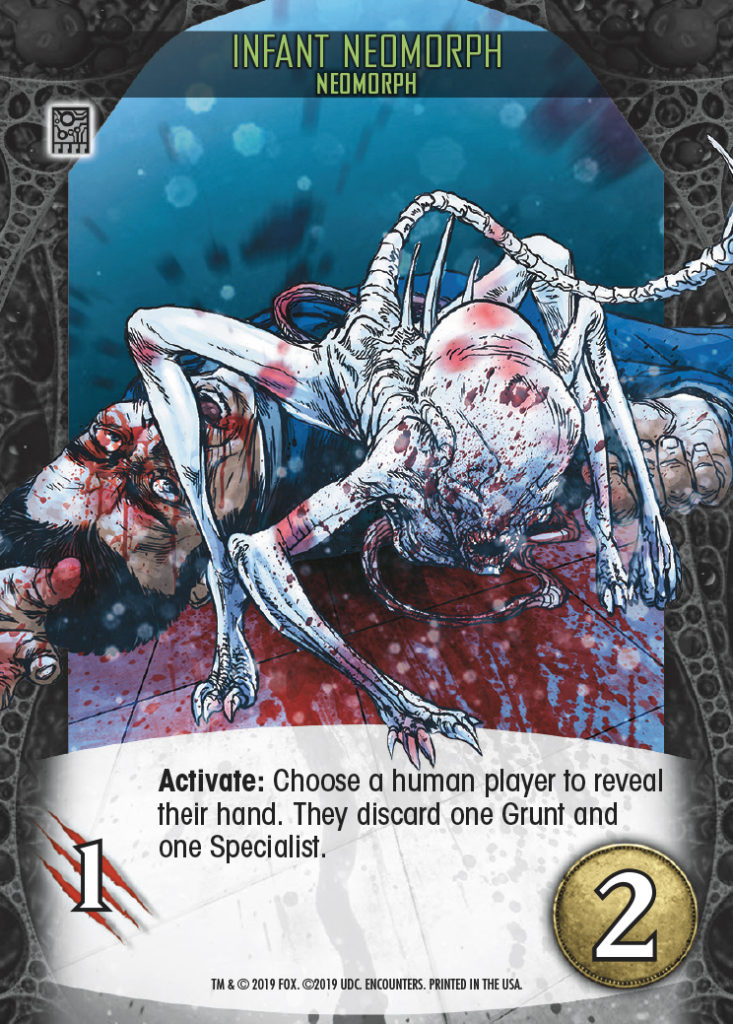 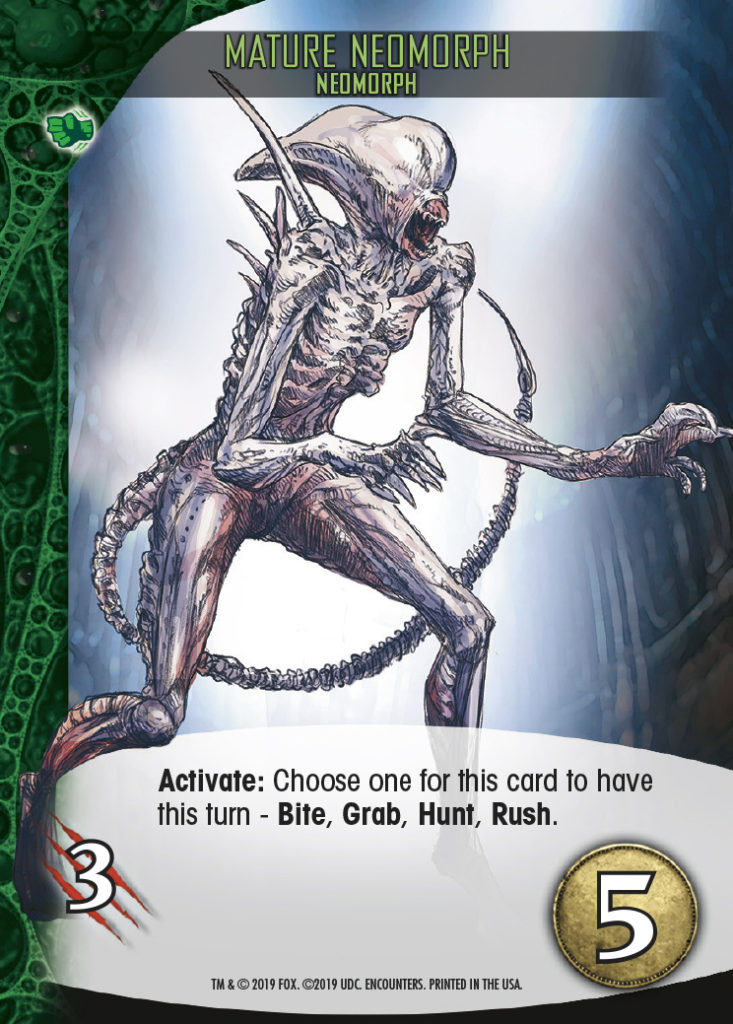 We hope you enjoyed these previews of the Legendary® Encounters: Alien Covenant Expansion. The game is available now through our webstore or your FLGS!