To unlock and purchase these packs, simply add any available hockey trading card product on e-Pack to your cart.* This week’s pack of 2019-20 Game Dated Moments cards will be available for purchase** in the Upper Deck e-Pack® Store until 10/18/2019 at 8:59 am (PST).

Tavares was named the 25th captain in the Original Six franchise’s history when the public address announcer introduced the team on opening night of the 2019-20 season. 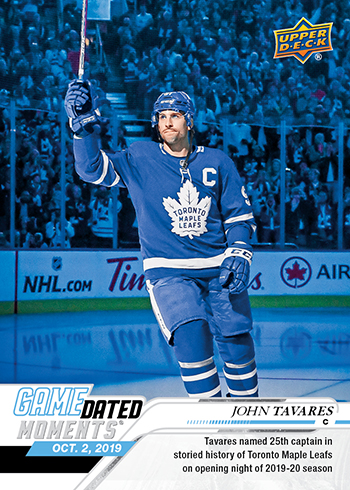 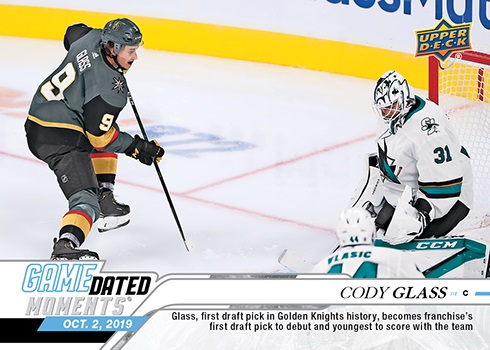 The second overall selection in the 2019 NHL Entry Draft, and first player that the Rangers have drafted second overall since Brad Park in 1966, made his debut for the Rangers and helped the Blueshirts to a 6-4 victory over the visiting Winnipeg Jets. 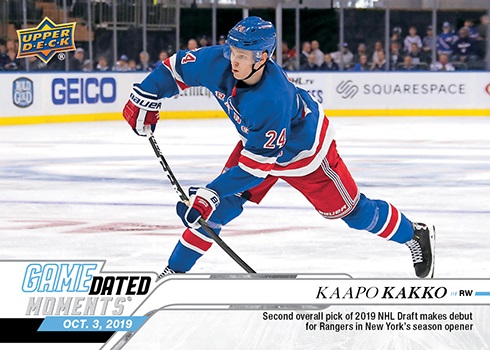 The first overall pick in the 2019 NHL Entry Draft made his highly anticipated NHL debut for the Devils, becoming the second youngest player in franchise history to skate in the season opener.

*Card not pictured. Please head to the CHECKLIST to view all Week 1 Gamed Dated Moments cards.