The year is 2104, the ship USCSS Covenant is on a colonization mission to the distant planet Origae-6. Its cargo is 2,000 colonists in stasis and 1,140 human embryos in cold storage. Their dream is to start a new life. But things don’t always go as planned. Mid-journey the crew is aroused by a neutrino burst shockwave. While making repairs they pick up a mysterious transmission that is coming from a previously unknown planet that seems too good to be true. They decide to investigate. What could possibly go wrong? 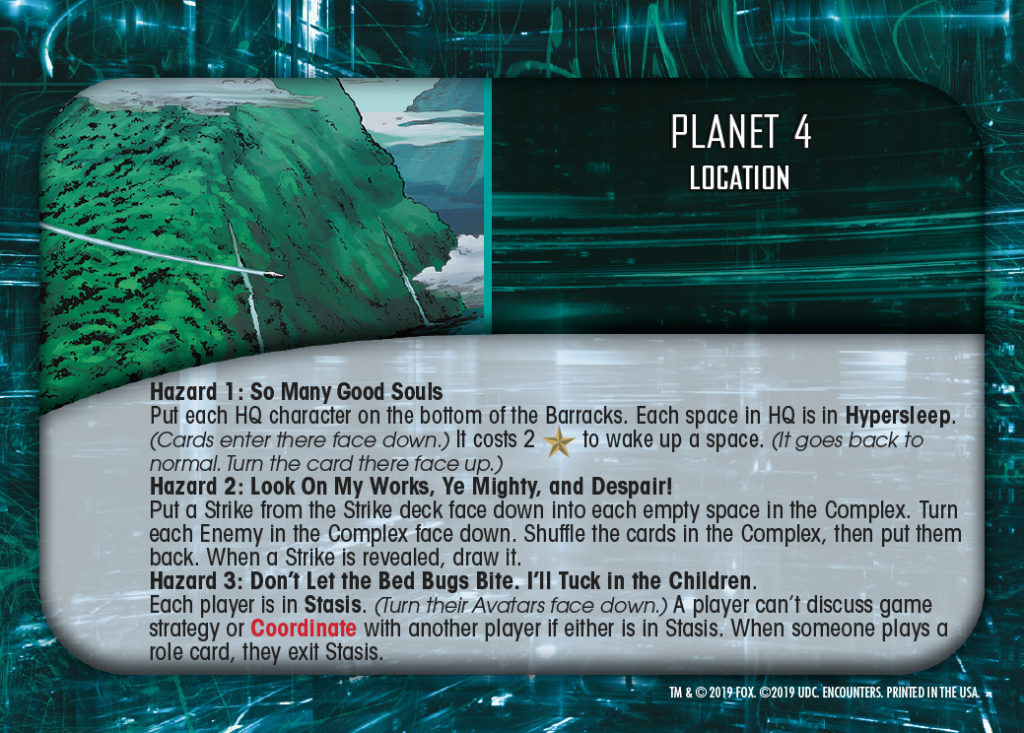 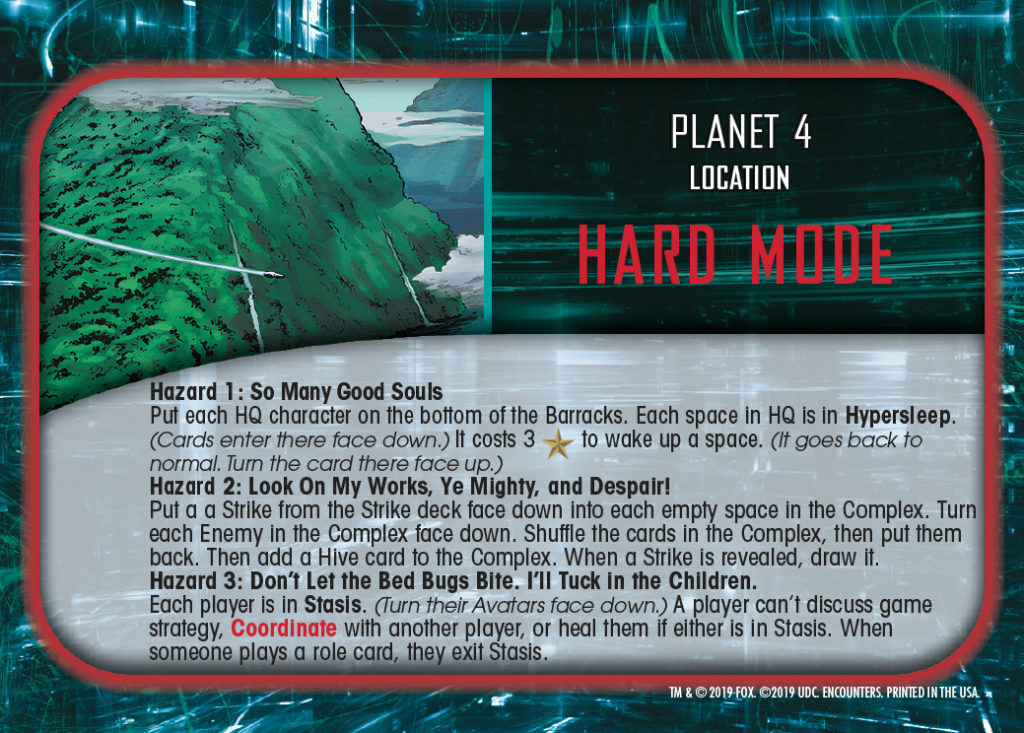 Here’s the brand new location, Planet 4 and of course it has a hard mode! It just wouldn’t be a proper Legendary Alien Encounters experience without it!

Now without further ado let’s introduce the crew members of the USCSS Covenant that are included in this exciting new addition. 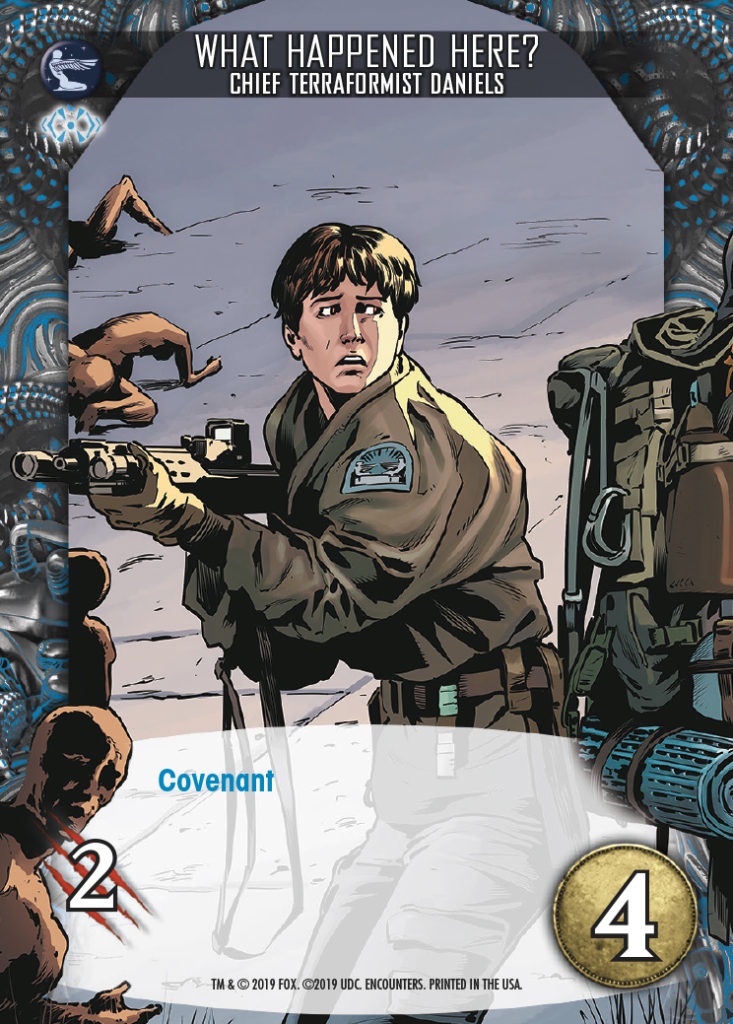 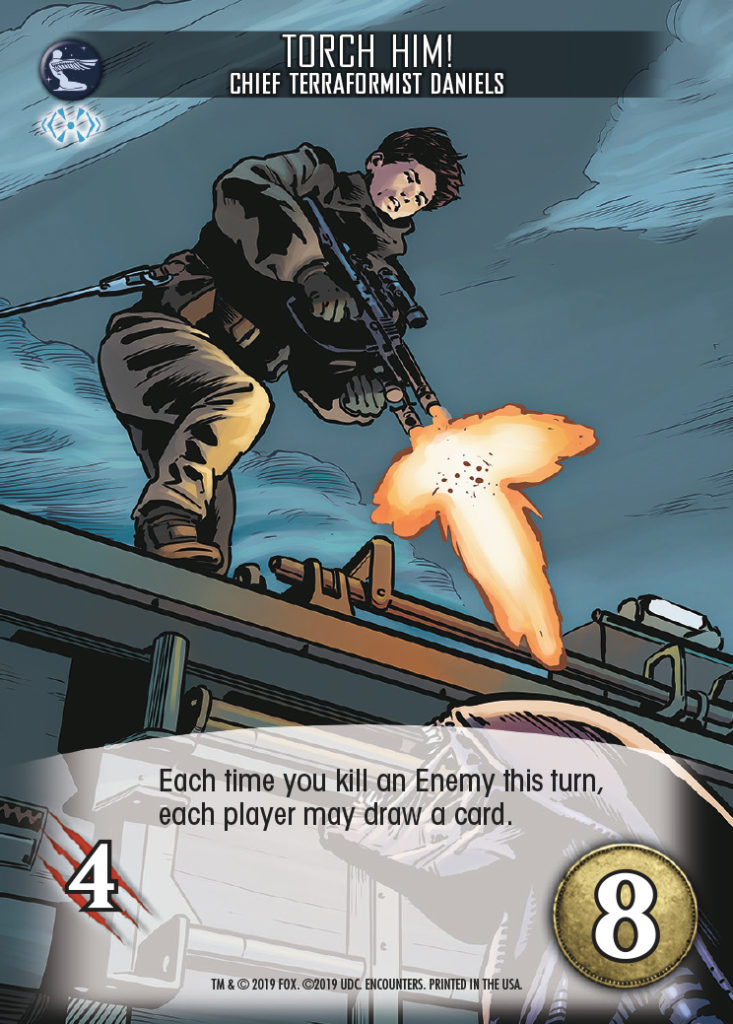 The tough and resourceful Daniels just wants to “build a cabin on a lake” but is forced into a battle for survival against not only hostile life forms but also an unknown enemy far more deadly, far more sinister.

“Nothing. No birds, no animals, nothing.” — Daniels

Here we get our first look at the new keyword Covenant.

Relationships are a theme throughout the film. Among them are the friendship between Daniels and Tennessee, the romantic relationship between Oram and Karine, and the creepy symbiotic bond between Walter-1 and David-8. The Covenant keyword allows you to pair up two characters by adding them to your deck at the same time. Here’s how it works:

When you recruit a character with Covenant, if there’s a lower cost character in the space directly to its left or right in the HQ you may also gain that card for free. This is a great new way to build an effective deck quickly. 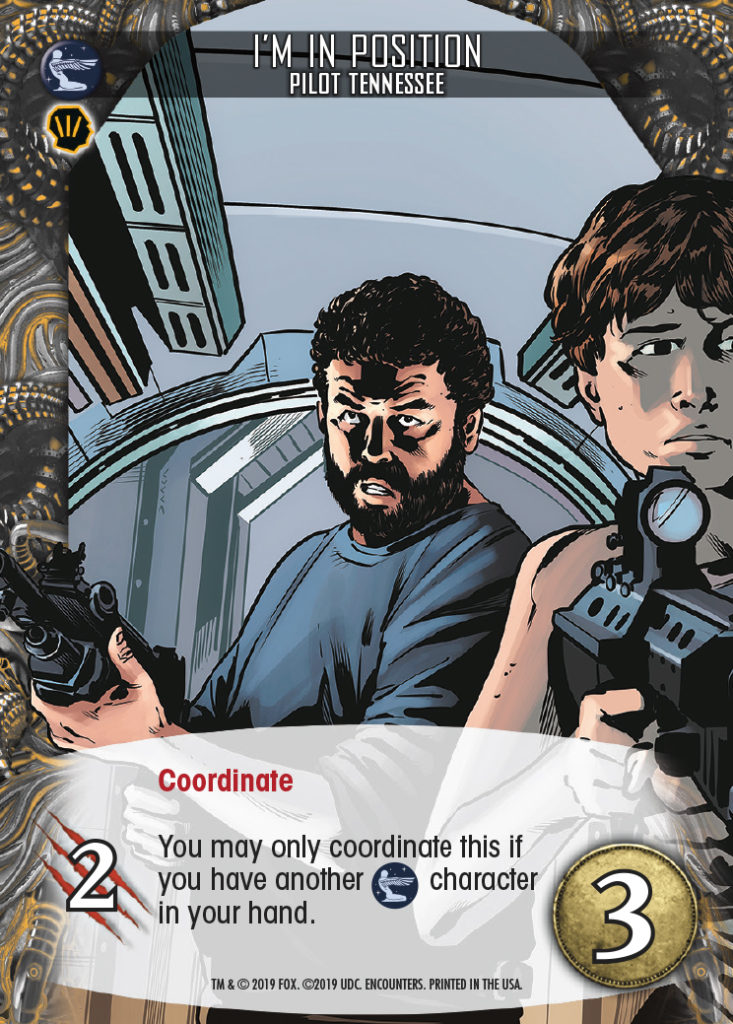 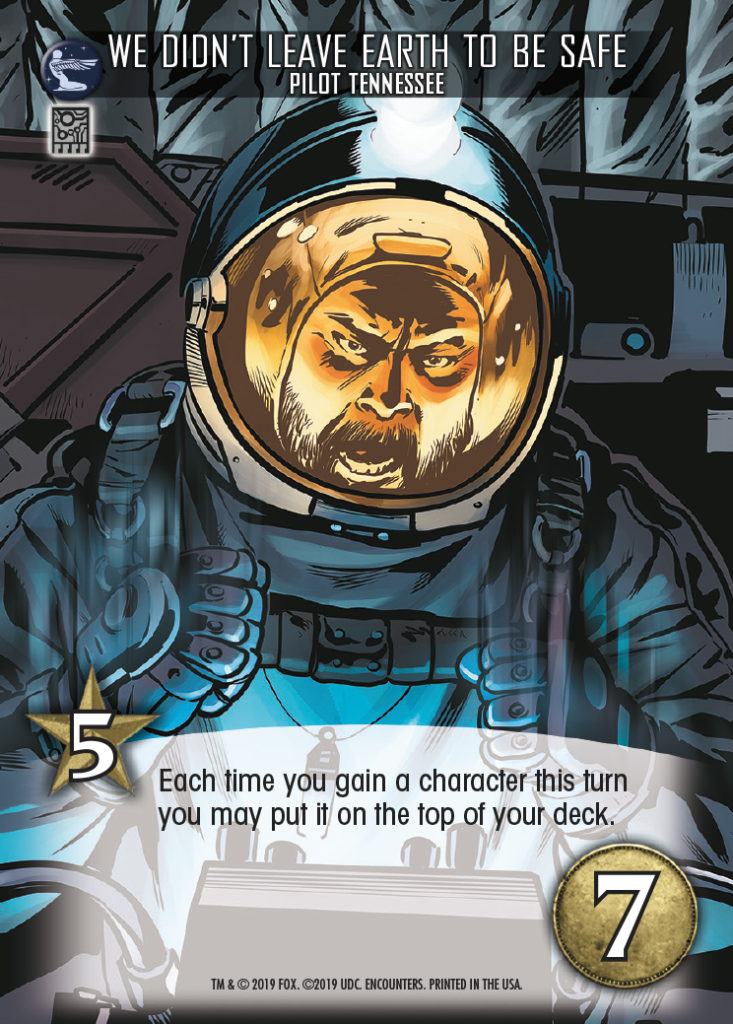 Tennessee is the experienced Chief Pilot of the Covenant. This easy going native of Lynchburg has an adventorius nature and was excited to volunteer to help colonize a new world or maybe it had something to do with escaping his checked past. Whatever the reason he now finds himself on the unexplored Planet 4.

“We didn’t leave Earth to be safe” — Tennessee 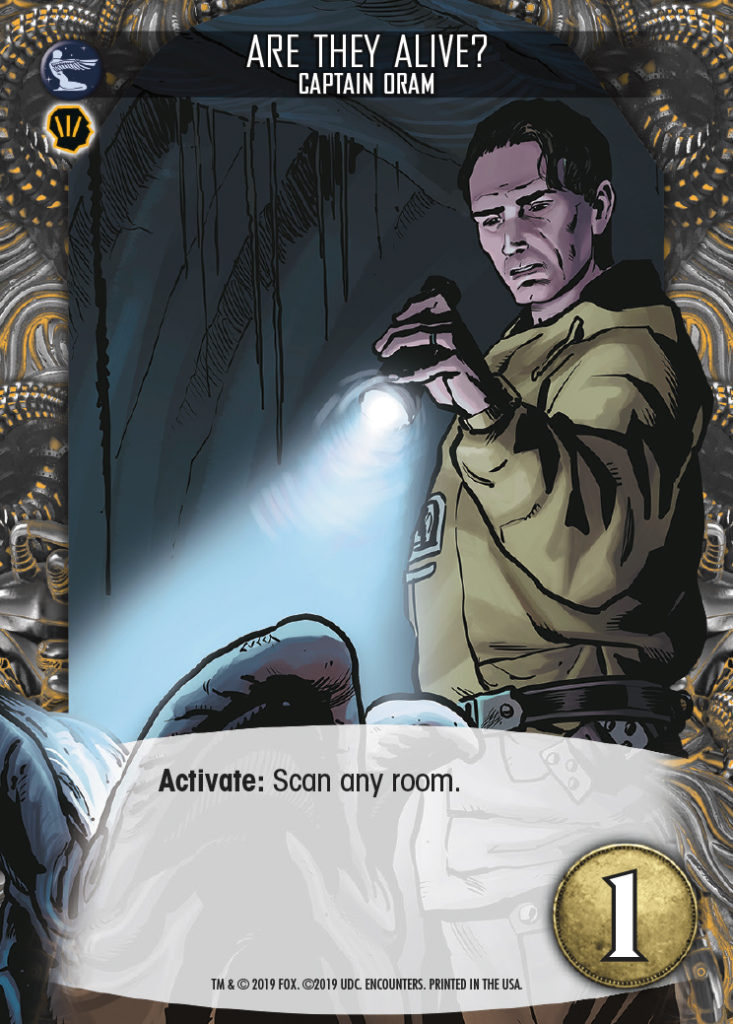 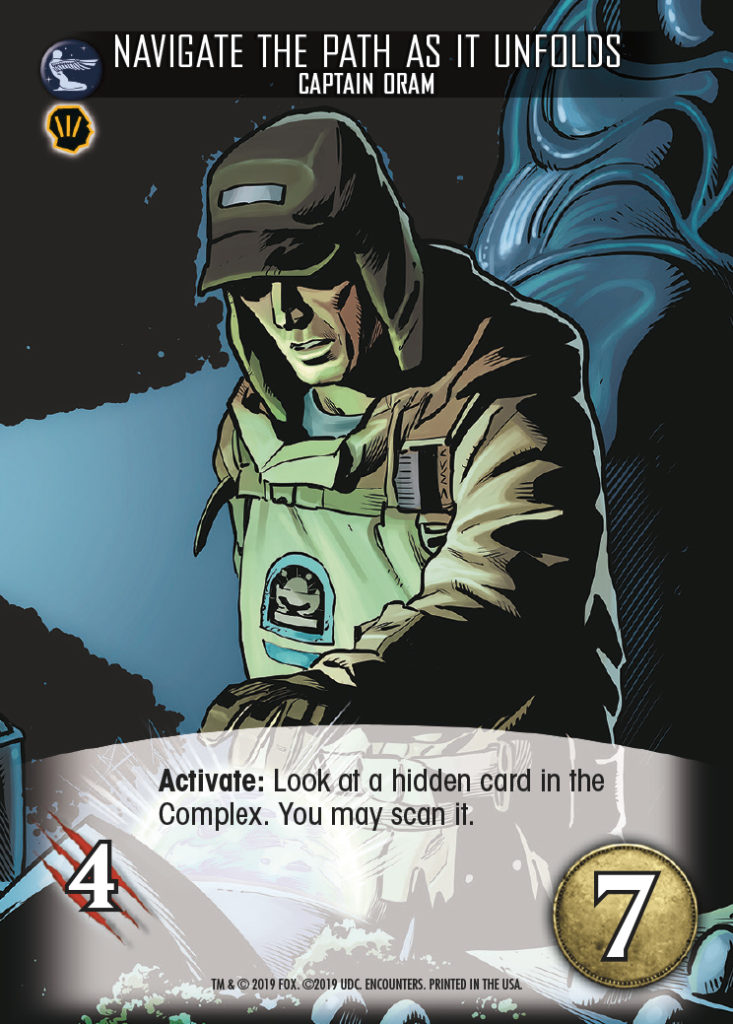 Originally Oram was the Covenant Executive Officer but after the ship’s Captain was killed by a neutrino burst he reluctantly assumed his role as the new Captain. It was Oram that made the fateful decision to land on Planet 4 much to Daniels dismay.

“David, I met the devil when I was a child, and I’ve never forgotten.” — Oram 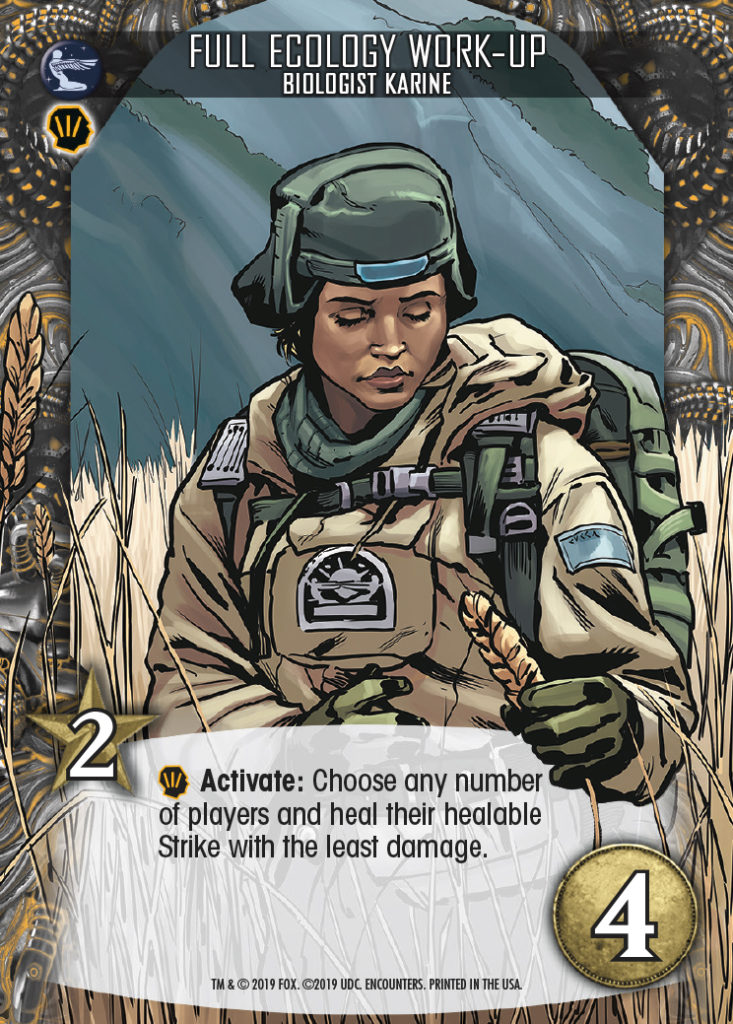 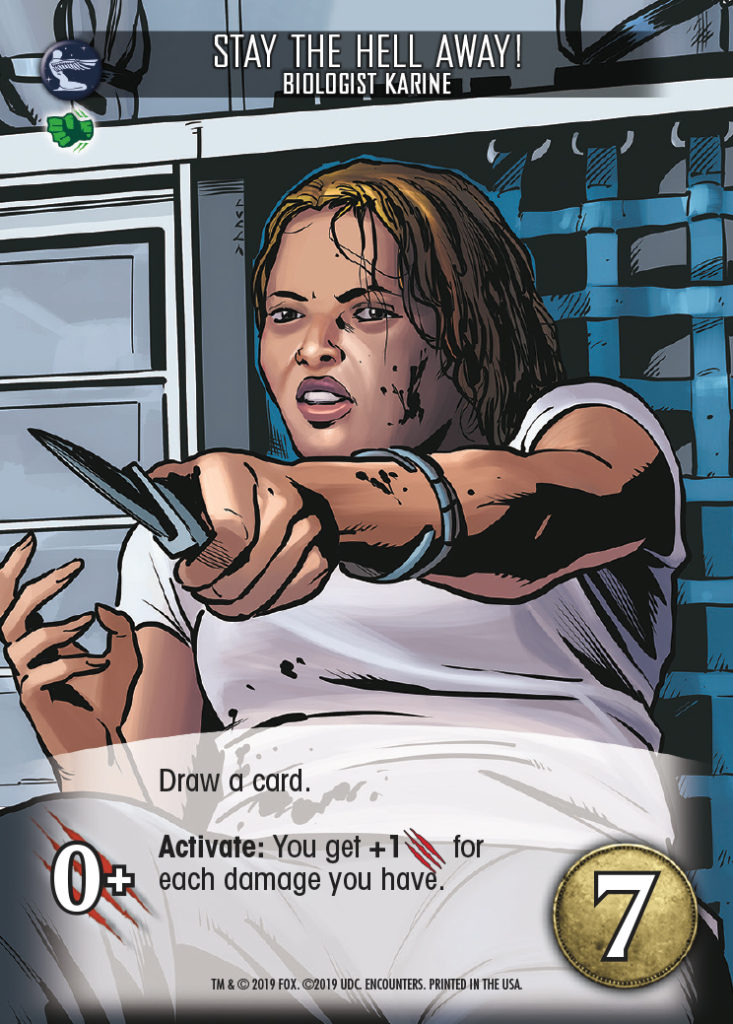 Shortly after landing on Planet 4 Karine, an experienced biologist, feels as if they have landed in a paradise, a real Garden of Eden. Eager to categorize this wonderful new world she very quickly finds out that not everything is how it seems. 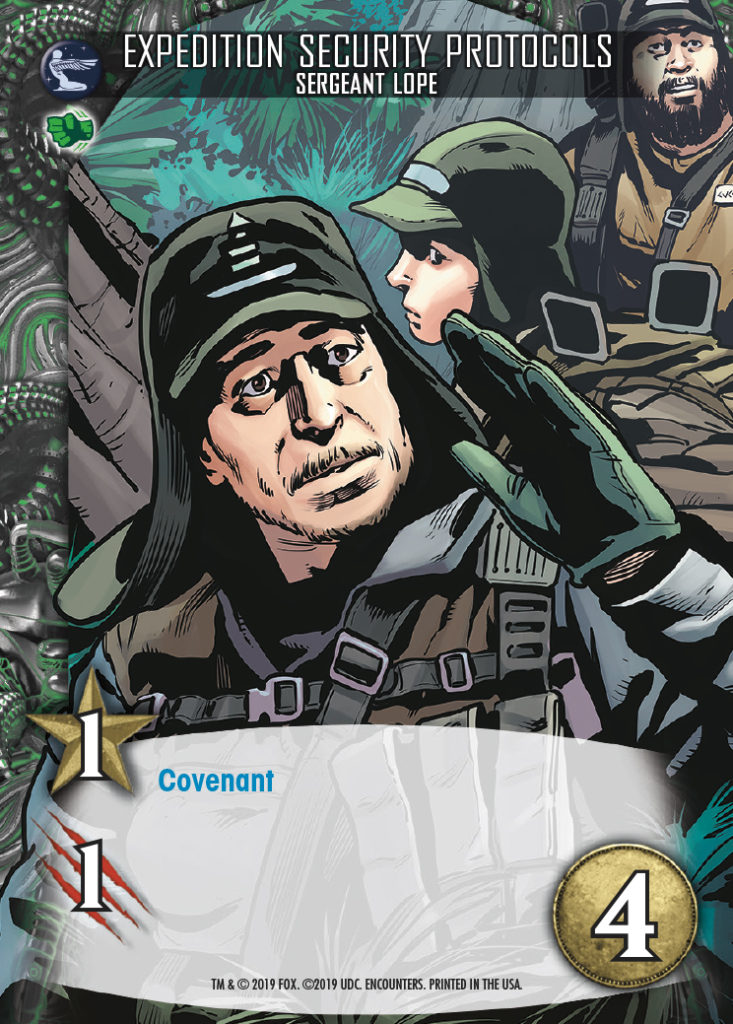 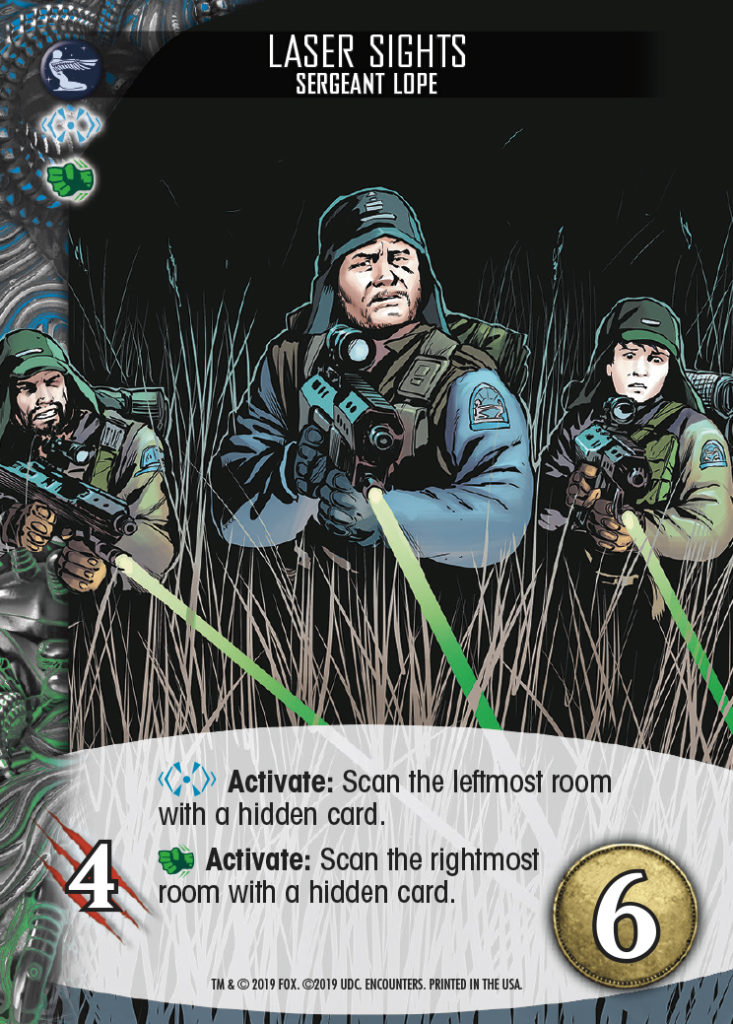 Sergeant Dan Lope was the Chief Security Officer aboard the Covenant. Lope is an accomplished soldier, steady, and responsible. After landing on the Planet he led a small group consisting of Oram, Daniels and the rest of the security team search for the source of the strange transmission. What they found was diabolical! 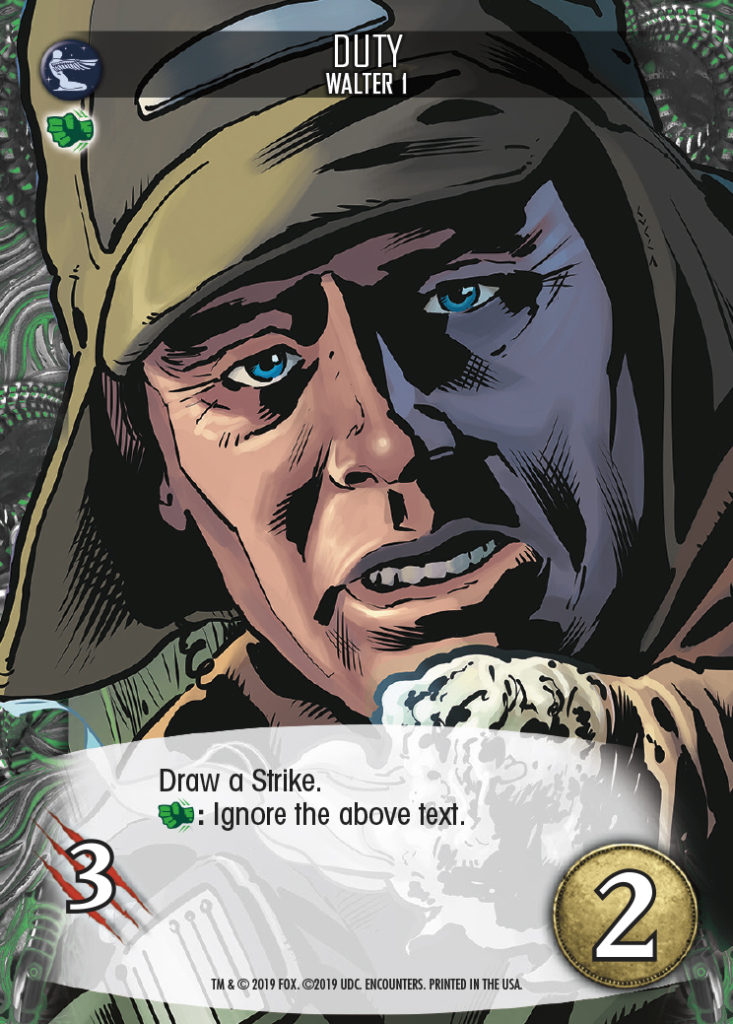 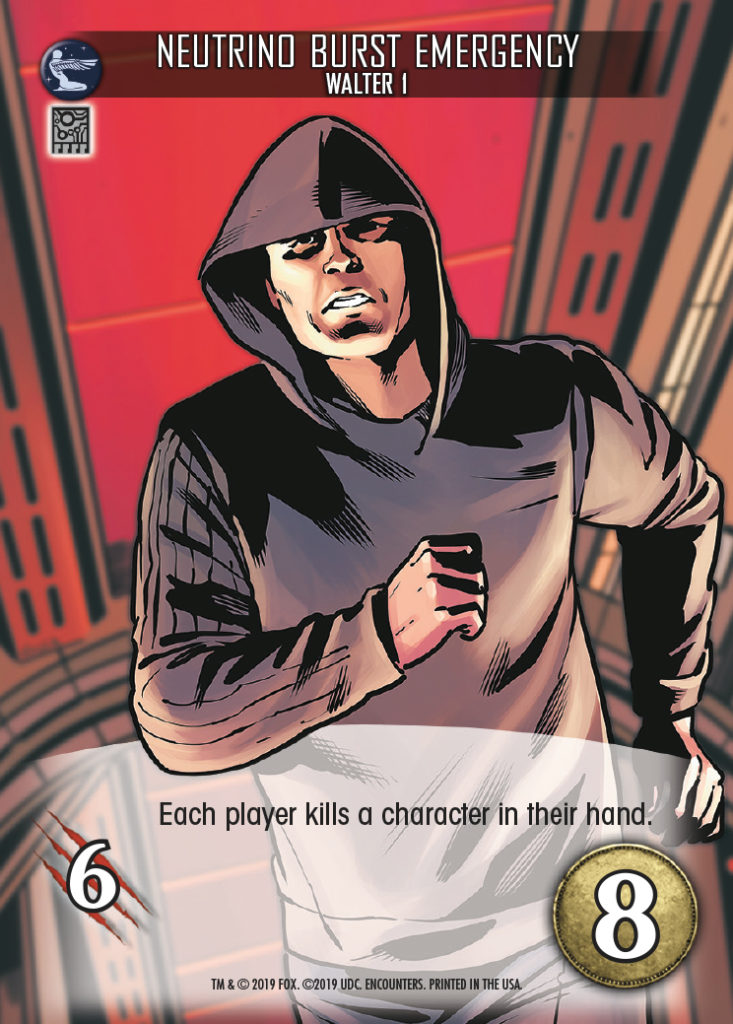 Last but certainly not least is the synthetic android Walter 1. After the failed Promethesus mission, when Weyland-Yutani set out to design their next series of synthetics they strived to eliminate the flaws of the earlier David series. What was needed was an improved model, loyal, reliable, more efficient, and without any complex emotions. Thus was born the Walter series. Walter 1 was the first. Was he truly better? Or does he share some hidden inherited links from his predecessor?

“They’ve made a few upgrades since your time.” — Walter 1

Next time we’ll look the rest of the Legendary® Encounters: Alien Covenant Expansion which comes to stores this September 25th and is available for pre-order now at your favorite local gaming store.