When the Gen Con show opens every day, gamers hustle to tournaments and corporate booths to do what they love; play games!

Upper Deck had a James Bond themed booth to celebrate the release of the new James Bond Legendary Deck Building Game so we were busy all weekend as many stopped by for photo opportunities or to demo new games. Even the Mayor of Indianapolis stopped by to take part in the fun! 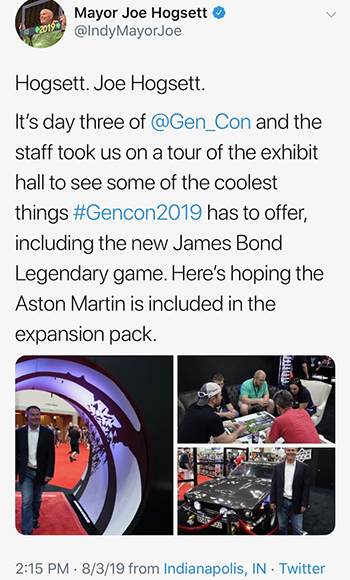 At the Upper Deck booth, sales were brisk on new games and one of the main reasons was because you could score unique promo cards there that were available ONLY for the Gen Con show. These cards are always in high demand and they are the most requested items we make for our games followed closely by play mats. When Phil Seale Jr. of Steamforged Games came by the Upper Deck booth Saturday morning, he asked if he could have an extra promo card for Revelations he had purchased the previous day. Upper Deck staff cannot give out extras of these cards as they are limited and the inventory is tied to the inventory we brought for the show. However, once we heard his story, we had to make an exception.

Seale was staying at the Extended Stay Hotel on the west side of Indianapolis for the show. Early Saturday morning, someone tossed a lit cigarette into the bushes outside the hotel and they caught fire. The bushes were right outside of Seale’s room! 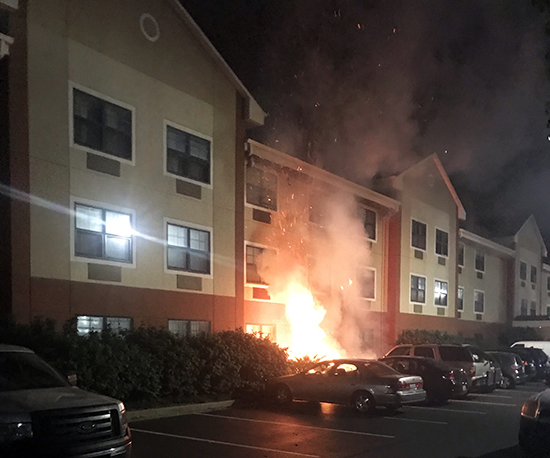 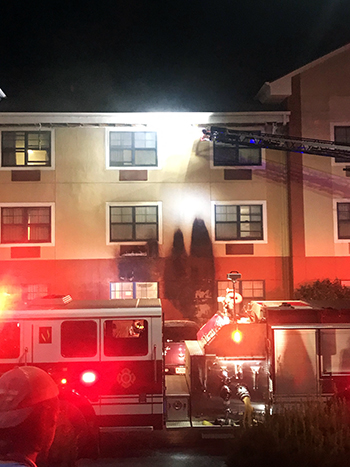 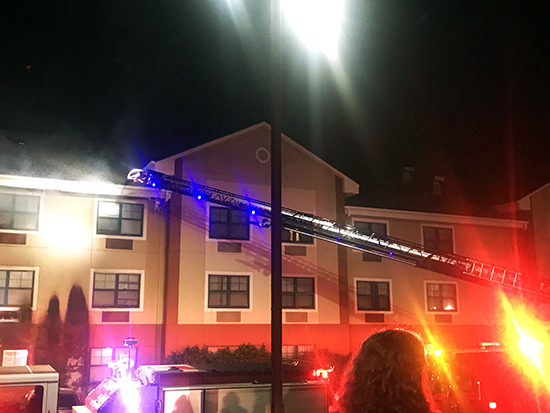 Seale awoke when he heard his air conditioner make strange sounds. Then it started to spew smoke into the room so he and approximately 200 others at the hotel were forced to evacuate immediately. Seale didn’t have time to gather his belongings and when the sprinkler system in his hotel room went off, his cards were ruined. 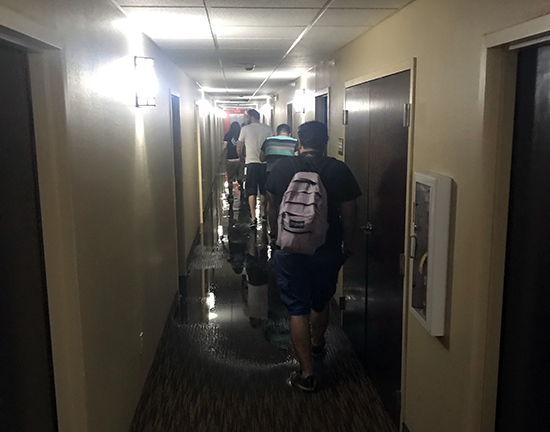 It was evident he was telling the truth when he showed up at the booth as he was feeling the adverse effects of smoke inhalation with a sore throat and he still had some breathing trouble. Seale is a gamer though and made it to the show to do what he loved. Many local news stations carried the story about the fire. We are happy to report nobody was seriously injured from the fire and Seale is feeling better today, but it was certainly a frightening event!

Fan engagement is very important to Upper Deck so we got him a new promo card, but we are also putting together a Random Acts of Kindness package for Seale to thank him for his loyalty and support with games and other promos we think he will enjoy. 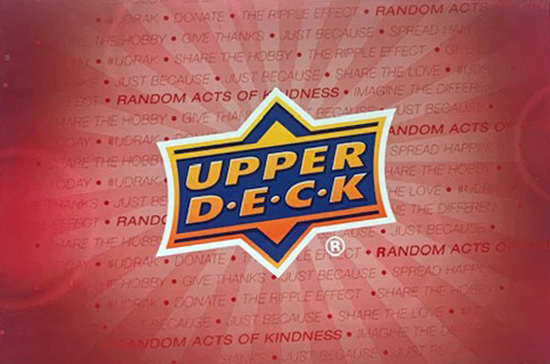