Vince Dunn celebrated his day with the Stanley Cup in his hometown of Lindsay, Ontario. He started his morning eating Cheerios out of the Cup. I guess Cheerios really are the breakfast of Champions. 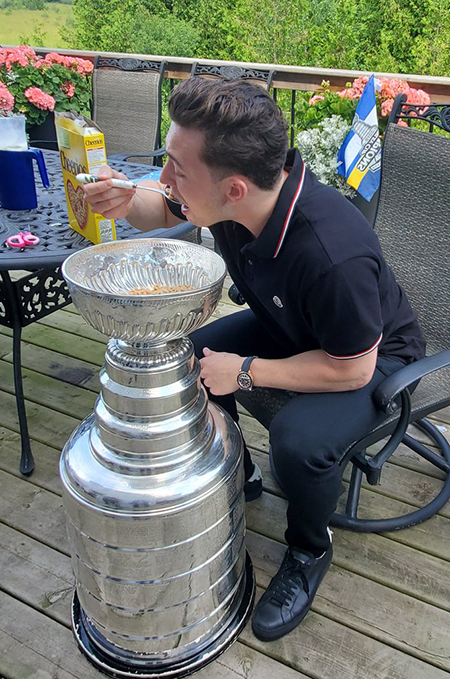 Then instead of taking the Cup out to party, Dunn did something different. He went to the Children’s Hospital and surprised a lot of youngsters facing tremendous adversity with this piece of hockey history. This included OHL prospect and cancer survivor; Owen Brady. 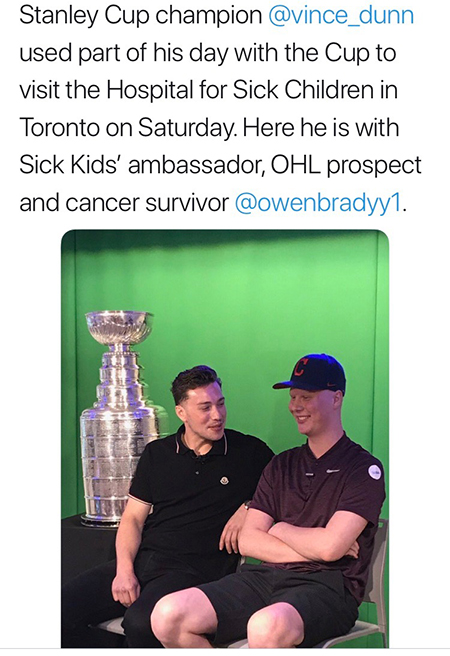 Vince’s agent reached out to us prior to ask if we can provide some cards for Vince to give to the kids there. This included some copies of his Young Guns rookie card. It was truly a special day with the Cup and Vince proved he is definitely has a heart of gold! 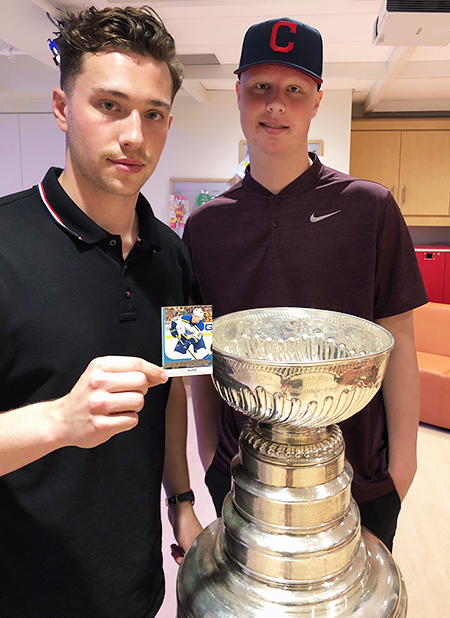 And here’s to hoping Owen can have a full recovery so hopefully we can get him a Young Guns rookie card someday soon!