The Mandarin manipulates secrets to turn Avenger against Avenger.

The Mandarin and his Rings 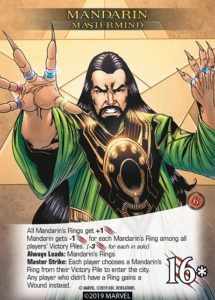 Mandarin’s Rings are the first Henchman Group that isn’t 10 identical cards. Instead, it’s 10 unique cards. When using these with a Mastermind besides Mandarin, they represent blasts of power from a distance, without facing the full might of Mandarin in person. 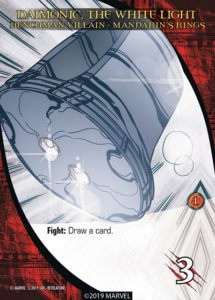 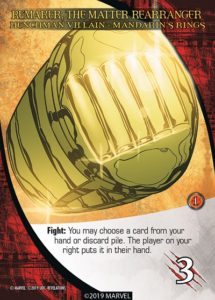 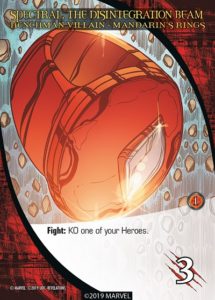 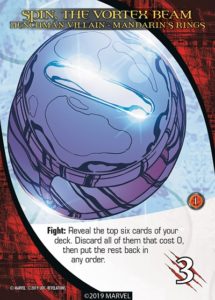 The Revelations set adds a completely new card type to Marvel Legendary®; Locations. These cards represent infamous strongholds in the Marvel Universe. Every Villain Group in the set contains at least one Location. 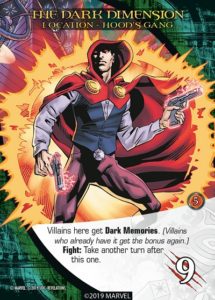 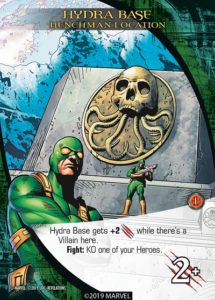 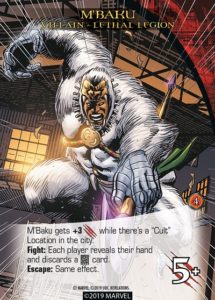 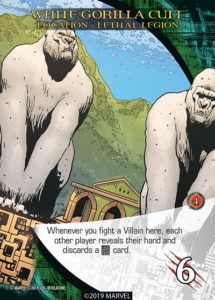 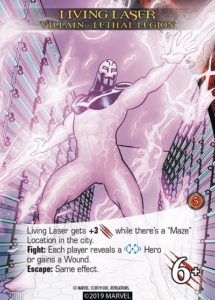 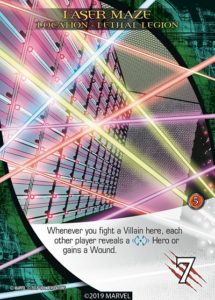 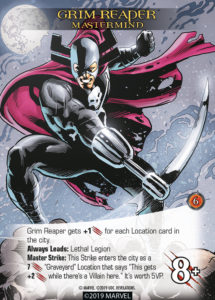 With all those Locations, it would be a shame if we added more spaces to the board. 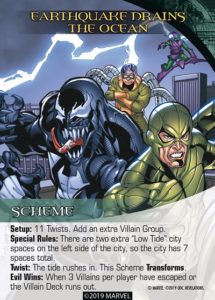 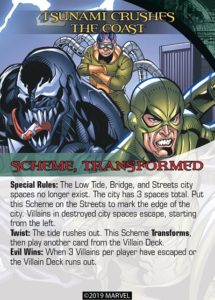 We hope you have enjoyed our card previews of Legendary: Revelations. Join us next time as the Avengers make a last stand against some dark foes.


When will distributors get part codes or a solicitation for this expansion?


Will the Mandarin be too easy for Solo mode?
In solo mode, there is usually 8 Villains and 3 Henchmen (i.e. 11 cards), I assume the Mandarin’s Villain deck will only include the 10 Henchmen Rings and no cards from a Villain group, with all the Henchmen having just 3 attack.


Why not use the 8 villains and three random Rings?