Welcome, VS. System 2PCGers! Welcome to our third and final preview of the third Issue in the Utopia Arc – H.A.M.M.E.R.! Prepare for some more nasty brutes.
Let’s check off some things every good authoritarian organization needs: 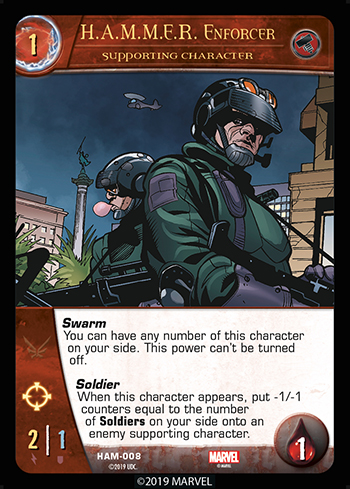 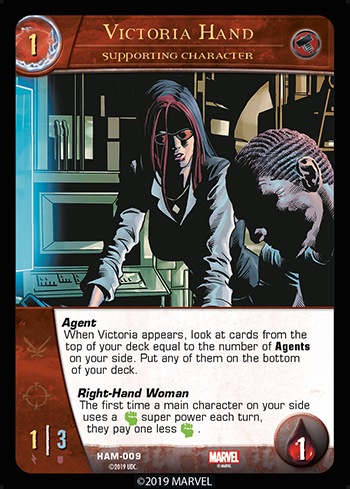 Person made out of some sort of rock… 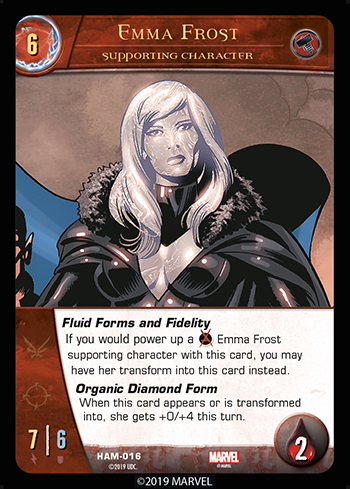 That’s some important boxes checked off.

counterpart, when Emma transforms via Fluid Forms and Fidelity, the card that used to be in play is removed from the game. And when she transforms, she keeps her orientation (ready/exhausted, face-up/face-down), all of her counters, and any effects on her. 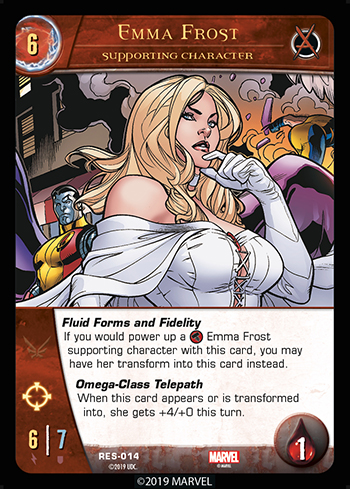 There is another character in this set who, although he doesn’t have a team affiliation, has a special connection to H.A.M.M.E.R. Previously in this Arc, you may have seen Sentry. 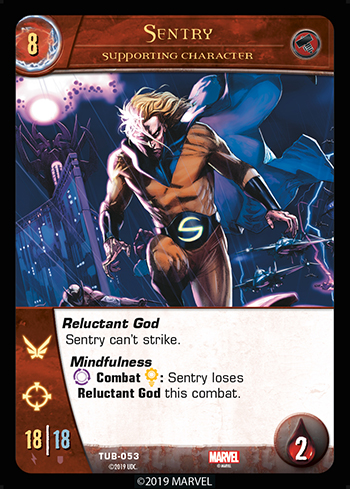 He has a darker side, however. And it haunts him. 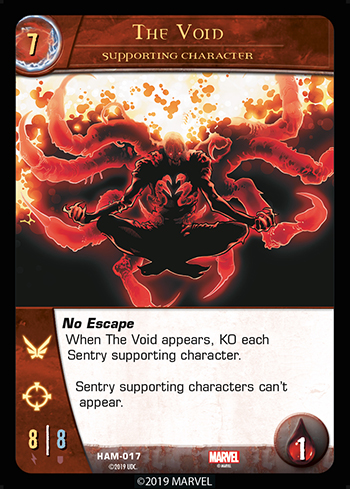 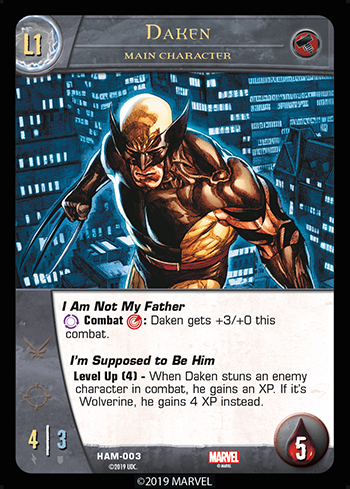 If he’s not his father, why did he let Norman convince him to dress up like Wolverine? 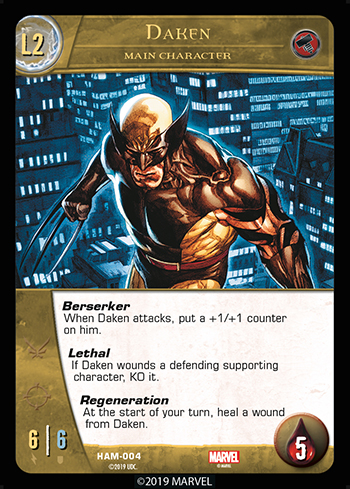 Wow, this guy hates super powers I guess. That’s a nasty piece of work.
Speaking of work, players will need to put in some serious work for the next and last card we’ll preview for the Issue. 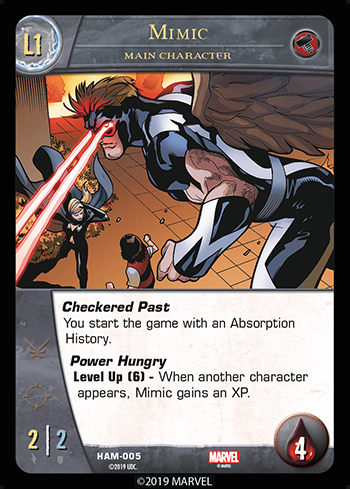 Whoa, his stats aren’t great. And what the heck is an Absorption History? Well, settle in and let me tell you a story of a crazy mutant…
Mimic’s Absorption History represents three characters that he’s copied powers from in his past. In game terms it’s a hidden pile that includes exactly three Main Character cards, one Level 1, one Level 2, and one Level 3. They can only be from the Illustrated Universe and they must have three different names (they can’t even share a name through AKA). For example, you could choose Cyclops Level 1, Storm Level 2, and Spider-Man Level 3.

During setup when you reveal Mimic as your Main Character, you’ll also reveal the Level 1 character in your Absorption History and Mimic gains its Keyword and Super Powers when the game begins.

When Mimic becomes Level 2, as you may have guessed, you’ll reveal the Level 2 character in your Absorption History. Mimic now gains its Keyword and Super Powers and loses the powers
of the Level 1 character he was previously copying. 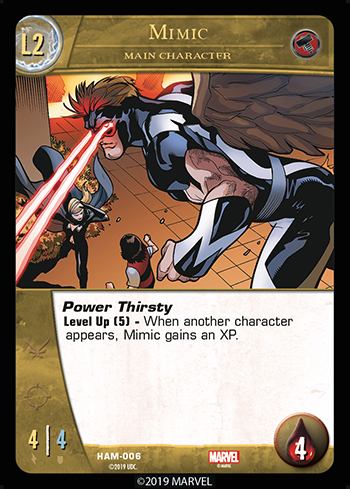 When Mimic becomes Level 3, you’ll reveal the Level 3 character in your Absorption History. (Are you sensing a pattern?) Mimic now gains its Keyword and Super Powers and loses the powers of the Level 2 character he was previously copying.

Note 1: While Absorption History is a Keyword and can technically be turned off by certain effects,
turning it off or deconstructing keywords doesn’t affect Mimic’s ability to use the pile (it’s locked in from the beginning of the game).

Note 2: For the Children of the Atom Featured Format, in which you must use a Main Character from the Brotherhood, H.A.M.M.E.R., Resistance or X-Men teams (plus Simon Trask), Mimic can use any main characters for his Absorption History (the pile isn’t limited to those four teams).

Now prepare for the marvel of Mimic’s Level 3! 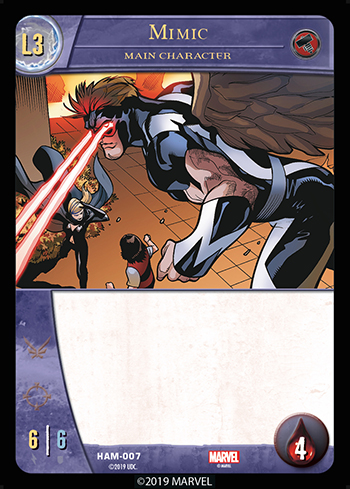 Oh. Well, you’ll just have to fill in the blank.
Whew. That was a lot of words, considering he has no powers except his Level Up!
We hope you enjoyed our look at this conflict! Join us in a few weeks as we take a picture of the next Arc in the VS. System 2PCG! Happy playing!


Who is mimics health so low?


Mimic can gain any power or ability from any Illustrated Universe Main Character in the game. This make him very powerful.