At Upper Deck, we love surprising our fans. Unannounced “Easter Egg” surprise content in products has been something we’ve been leading the category on for years. In particular we love these types of surprises on new brands. One we have created is too cool not to share details on however. Recently we shared an image gallery of the new NHL® Chronology Volume 1, but something we haven’t shared is that there will be five exchange cards for premium memorabilia items.

The fourth item has some serious bling! Take a look at this! 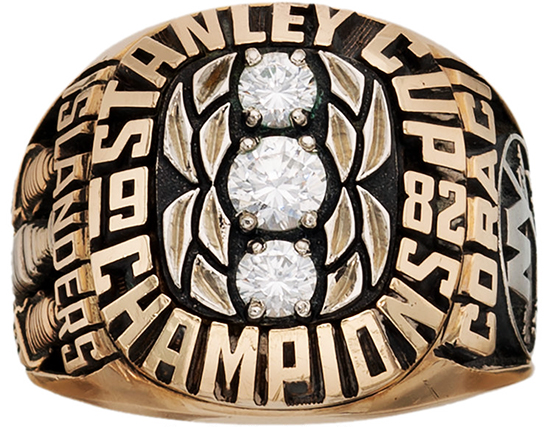 1981-82 New York Islanders Stanley Cup Championship Ring – The New York Islanders forged a dynasty by winning four straight Stanley Cup Finals in the early 1980’s. The likes of Bob Nystrom, Bryan Trottier, Clark Gillies and Denis Potvin helped the Islanders ascend to the top of the hockey world. The size 12.75 ring was issued to a member of the organization after New York raised the Stanley Cup following the 1982 Finals. This was the first time in hockey history that a team from the United States won three straight Stanley Cups. Three diamonds are highlighted on the face with “1982 Stanley Cup Champions” surrounding the perimeter. The left shank showcases the team name, three Stanley Cups with the years of the titles notated, and “Prince of Whales Champions.” “First American Team Balfour 10k” along with a maker’s mark and image of three Stanley Cups is stamped inside. Weight is 28 grams. 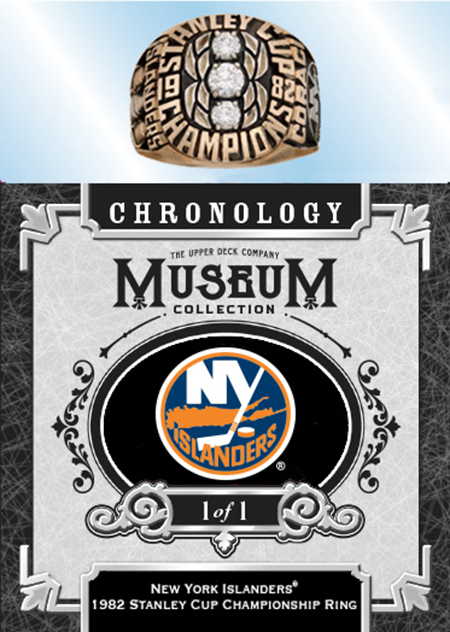 The ring will be placed on the top of the card, featuring acrylic facings on 3-sides and strategically placed at a 45-degree angle so it will view nicely.


IT WILL BE MINE
Signed
THE MAYOR OF CANADA