Welcome to the next preview for the next Issue in the Children of the Atom Arc for VS. System®  2PCG™! Today we are going to take our one and only look at some reinforcements for Scott Summers’ mutant Resistance

Let’s start with a highly-educated individual! 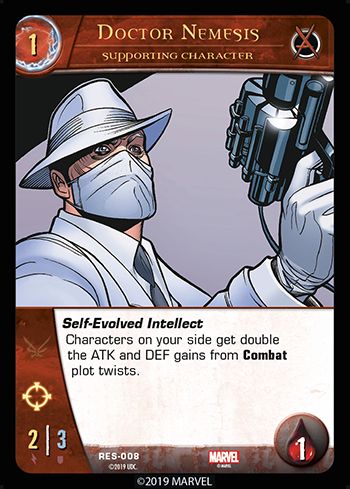 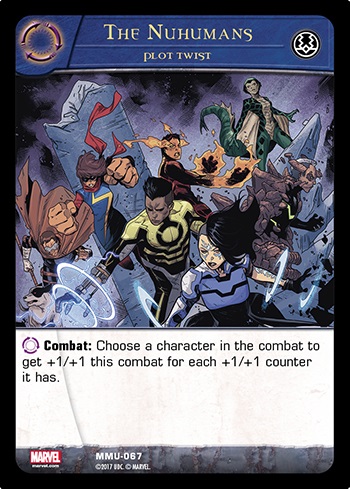 Also, he would double any gains from opponents’ Plot Twists, if they were so inclined. Additionally, +1/+1 counters granted from a Plot Twist are unaffected by Dr. Nemesis.

Speaking of doctors, some doctors write software. And some software takes on a physical manifestation at times! 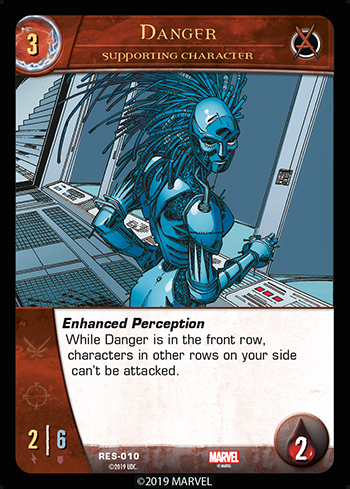 Danger is her first name!

Well, Danger doesn’t look like she would want to do a lot of swimming. But here’s someone who might! 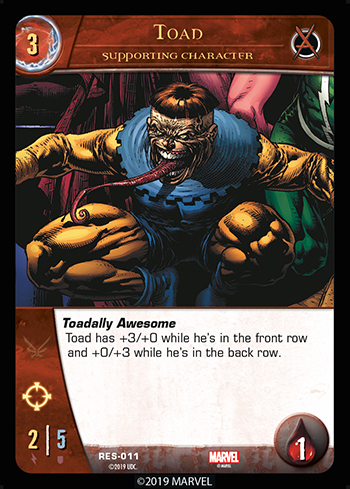 I read once that toads and other aquatic and semi-aquatic can predict imminent weather. Toad, where did you go? 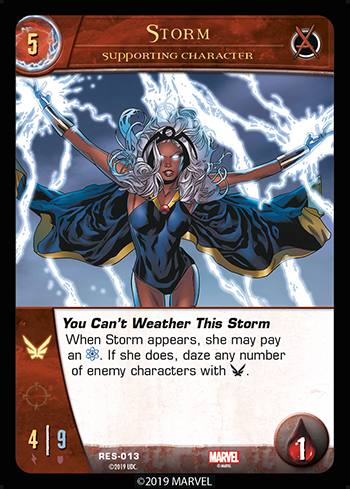 Note that You Can’t Weather This Storm is technically a Keyword Power, not a Super Power, in case you want to win that bet at your FLGB (friendly local game bar).

I also read recently (I read a lot) that a lack of storms in the desert can cause all kinds of illusions. But this card is no illusion! 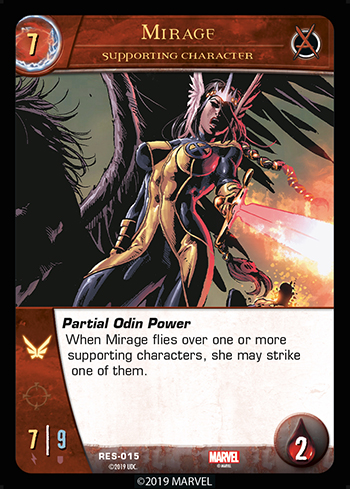 These two powerful women work well together, if you play them in the right order. I will now name their new super duo: Flight Risk!

Moving on from the supporting characters, here is our first new main character, and with his name he would fit right into Flight Risk! 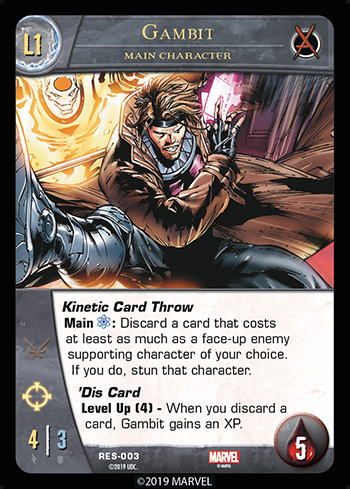 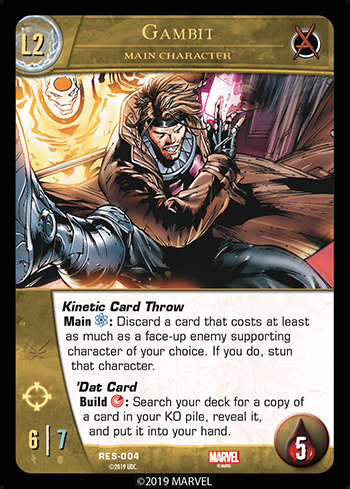 You may recognize his first Super Power from the Marvel Battles Gambit supporting character. Note that discarding a card includes Power Ups. So each time any character on your side Powers Up, Gambit will gain an XP.

Whoa! Here’s our last card today! He could also be in Flight Risk! Maybe it’s a band, too? Like, their cover is a band touring the country, but secretly they fight crime during…the day?! I think that’s right. 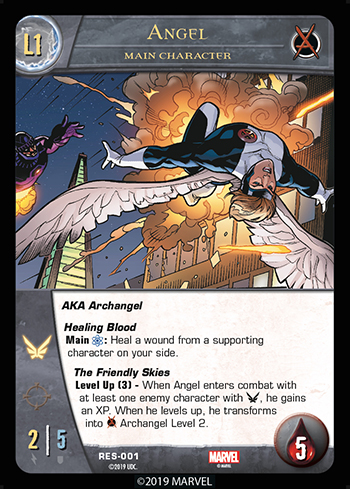 I feel like he’s probably the bassist. Gambit’s the drummer, Mirage is the lead guitarist, and Storm is the lead vocalist/wind chimes. Cyclops is the lighting guy?

But how does this guy work? When Angel levels up, he transforms into Archangel. When this happens, he keeps his orientation (ready/exhausted, face-up/face-down), all his counters, and any effects on him. Also note Archangel doesn’t have a Level 1 version. The only way to become him normally is to start the game with

Level 1 Angel as your Main Character. 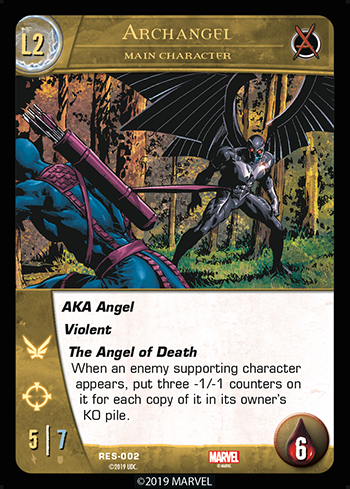 As you may know, Violent on Archangel means that while attacking a Supporting Character, he strikes with double his ATK. Ouch!

I hope you enjoyed this look at the Resistance Issue for the game! Join us next time as look more closely at H.A.M.M.E.R.’s reinforcements!

Thanks for reading our card preview and check out Vs. System 2PCG The Resistance which is available in stores and online now!