Goodwin Champions is an interesting product for Upper Deck that contains a variety of interesting content. For the 2009 Goodwin Champions set, Upper Deck’s product development team wanted to come up with an innovative way to showcase Landmarks. The team wanted to capture aspects of the Landmark and house it in a card. There were four cards produced:

LM-DS – Salt from the Dead Sea was encapsulated in a card.

LM-GG – We procured cable from the Golden Gate Bridge from when it was renovated, cut that, and put it in oversized cards.

LM-TT – The Titanic is not an easy landmark to visit, but we procured coal from the RMS Titanic and housed that in a card.

LM-OB – The card the team was most excited about was a card with imagery from the D-Day invasion. We acquired sand from Omaha Beach where the invasion took place and housed it in the card. These are very rare keepsakes that you don’t see pop up very often as most are in private collections, but this card in particular is a great tribute to that memorable conflict. 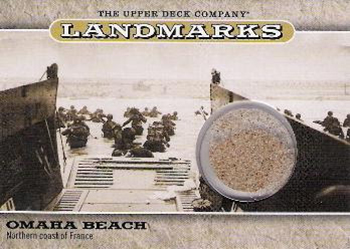 The product development team went back to a military theme for 2016 and 2017 Goodwin Champions with a truly innovative concept. We often call players, “sports heroes,” but what about the real heroes who sacrifice life and limb for the good of the country?

Members of the Upper Deck product development team talked about how veterans from World War II were getting smaller and smaller at military parades. They came up with the idea of doing a signature insert of these historic veterans, but showing them older as they are today didn’t seem as compelling as showing them when they served.  The problem with that of course is finding photos of them when they served. We worked through the families and other third parties to acquire great imagery of these heroes to use for a trading card set; the Museum Collection Signatures. 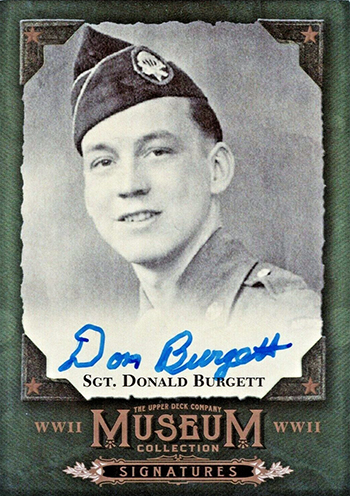 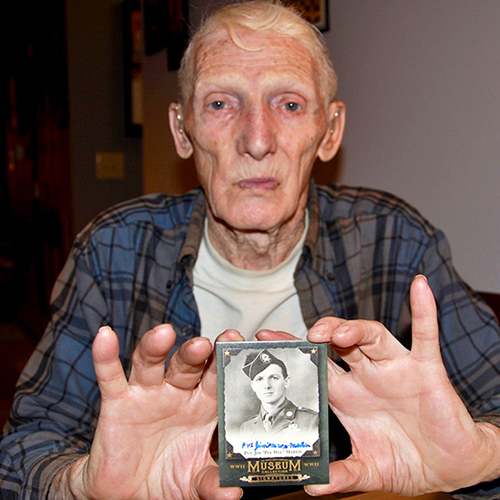 Several members of that set were intimately involved in the D-Day invasion including Donald Burgett, Tom Rice and Jim “Pee Wee” Martin. Sadly Donald Burgett passed away in 2017, but veterans like Tom Rice and Jim Martin stay active. In fact just yesterday, at the ripe old age of 97, Tom Rice parachuted into D-Day again. We are not kidding. This man is incredible! 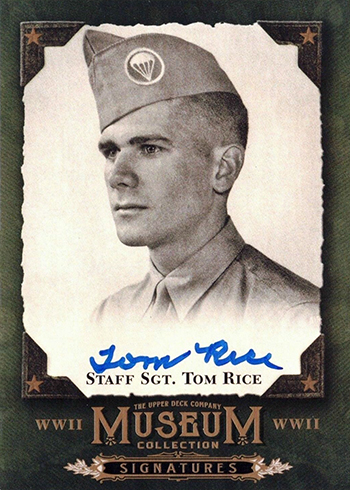 Do people collect these cards? You bet they do. Check out one fans private collection of Upper Deck military cards from Goodwin Champions releases over the years! 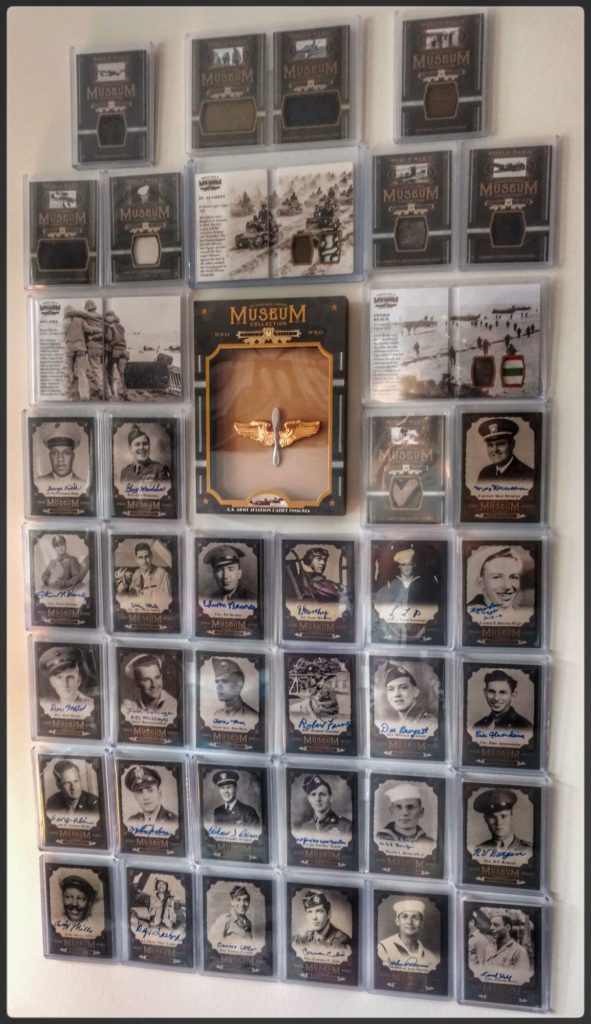