Hello, VS. System 2PCGers! Welcome to our second preview of the third Issue in the Utopia Arc – H.A.M.M.E.R.! We’re gonna take a closer look at some more of these benevolent peacekeepers!
H.A.M.M.E.R.’s head honcho Norman Osborn wasn’t content just co-opting the X-Men and Avengers teams, he wanted more — enter the Thunderbolts.
First up we have the game’s second of three characters named Ghost. 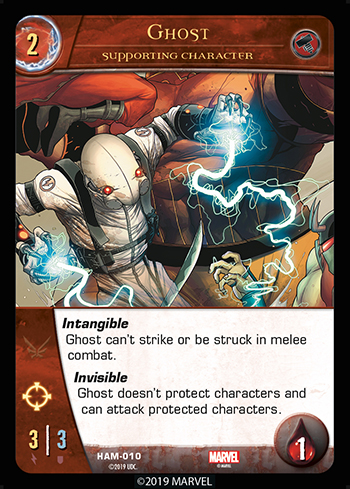 Our next “Thunderbolt” will never let you be the head of a major corporation. 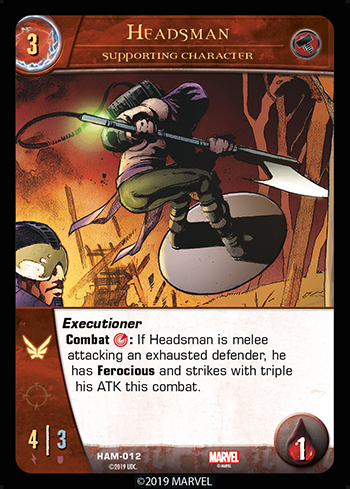 He flies on a disk! Next we have someone who probably enjoys role-playing games. 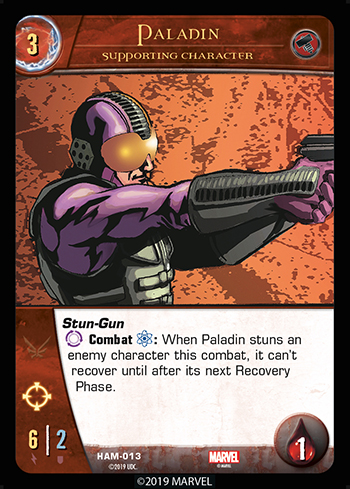 That is one stunning card! This next guy has a name that makes me question whether the Thunderbolts in particular and H.A.M.M.E.R. in general really have our best interests at heart… 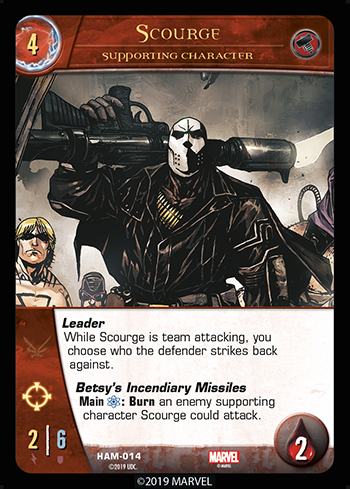 In case you don’t know, Burn means “At the end of each of your turns, stun that character.” Note that a Burn effect has no set duration – it will last until the burning character leaves play.

Next up we have a dude who seems like he wants to be on a different team – I wonder if Charles has ever sued him for defamation? 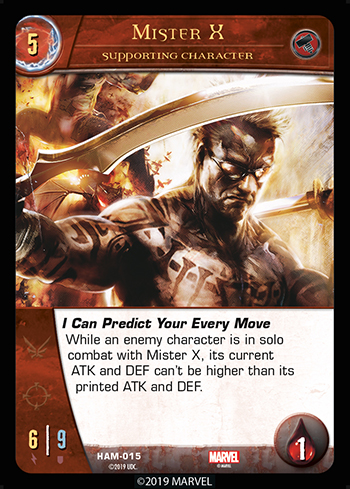 Please note that a combat is a solo combat if he is attacking solo or being attacked by one character. (You might want to team attack him.) I Can Predict Your Every Move will temporarily reduce the ATK/DEF of an enemy character while they are in one of those solo combats with Mister X. For example, if a character with a printed ATK/DEF of 4/4 has three +1/+1 counters, it would be 7/7. However, while in solo combat with Mister X, its ATK/DEF counts as 4/4.

Our last card today is not a “Thunderbolt”, he’s an “Avenger”. His name is Haw…I’m getting word it might not be the Hawkeye we know… 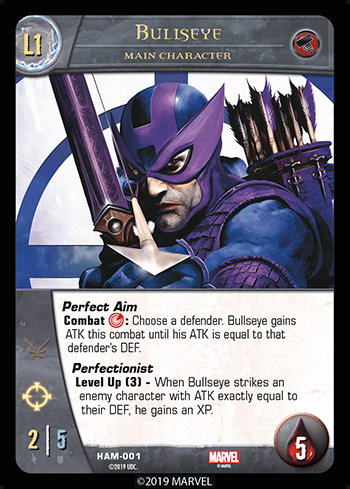 When Bullseye uses Perfect Aim in a combat it will give him ATK until it’s equal to the defender’s DEF at that moment. But if the defender gains or loses DEF later in the combat, that won’t affect Bullseye’s ATK.

So how can this murderous perfectionist get worse? 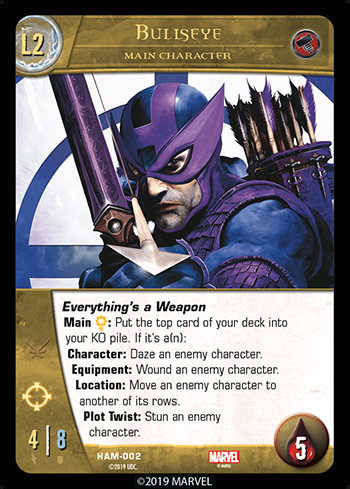 Note that with Everything’s a Weapon, you’ll put the top card of your deck into your KO pile before you choose which enemy character to apply the effect to. Very heroic, I think?