The Vancouver Canucks are a team that has benefitted greatly from the Draft the last few seasons with young stars like Brock Boeser, Elias Pettersson and Quinn Hughes giving the team great expectations for the future. It is fitting Vancouver will host the 2019 NHL Draft™ as their fan base truly understands the opportunity that come from the draft. Upper Deck has a lot of fun events for puck fans at the 2019 NHL Draft™ in Vancouver this weekend. The fun begins on Friday, June 21 before the first name is called and continues through Saturday for rounds 2-7. Upper Deck will also have a fun event at a local card shop after the Draft that fans will want to be a part of. It will be an incredibly memorable weekend for fans in attendance! 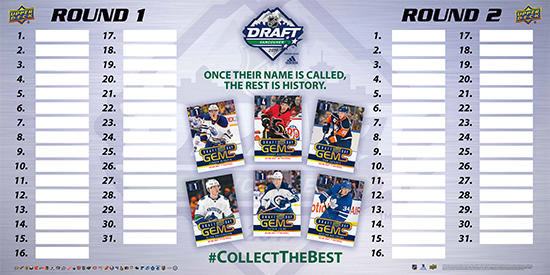 Certified Diamond Dealers – Upper Deck is pleased to co-host two incredible local hobby shops at the 2019 NHL Draft™ in Pastime Sports Cards and Player’s Choice Sportscards. They will be set up adjacent to Upper Deck to provide fans with a bevy of Upper Deck collectibles and supplies. Think of it like a sports card show at the Draft as Upper Deck will provide a variety of fun activities for fans making purchases through them! 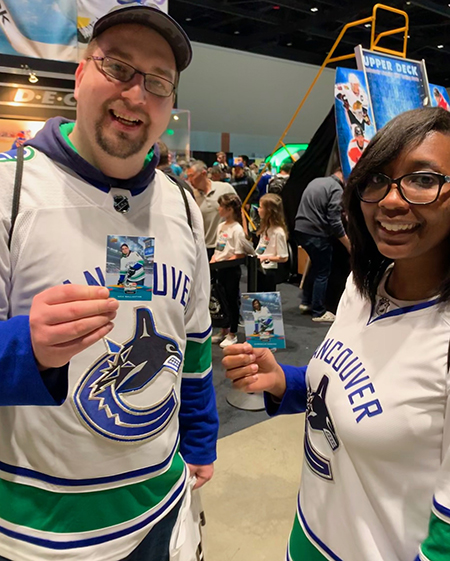 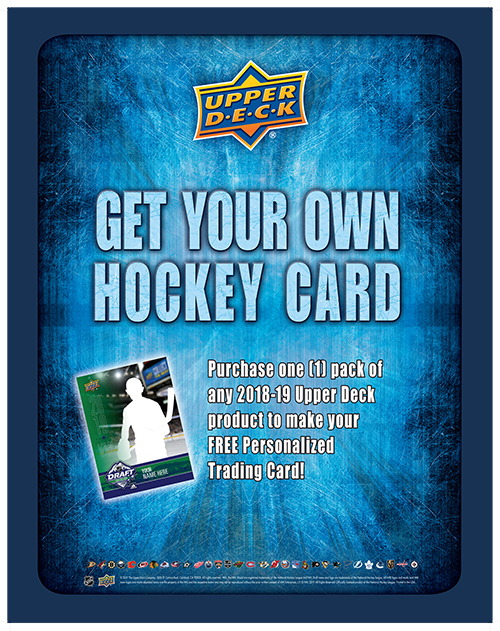 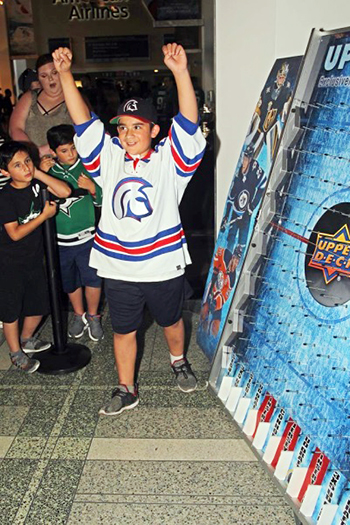 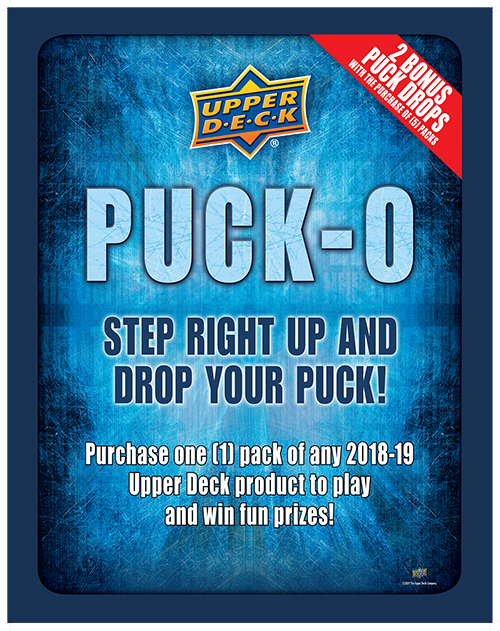 FREE Autograph Signing with Quinn Hughes – He was selected 7th overall in the 2018 NHL Draft and he is one of the key players who the Vancouver Canucks are counting on to bring the franchise back to prominence. Fans in Vancouver are falling in love this this top prospect and Quinn Hughes will be on hand to sign 5×7 cards courtesy of Upper Deck at the company’s booth on the main concourse on Saturday, June 22 from 11:00 a.m. – 12:00 p.m. 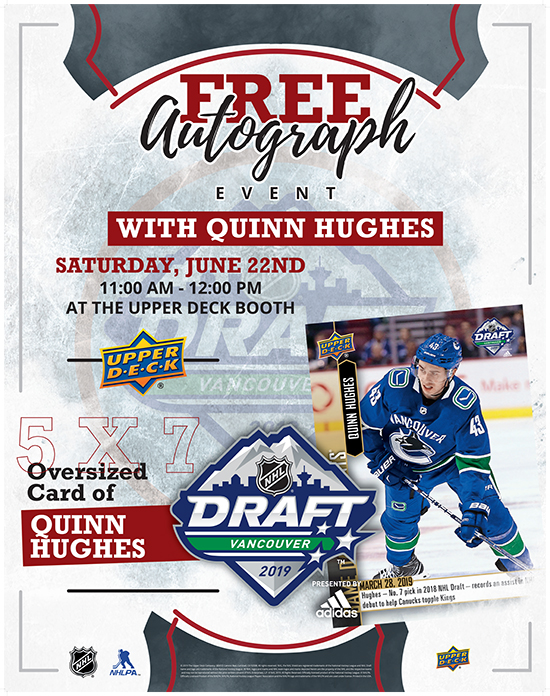 Behind the scenes the Upper Deck Team will be busy running draft picks through the gauntlet. Have you always wondered what happens after you are drafted? Click here to see a behind-the-scenes look at running the NHL® Draft Gauntlet! 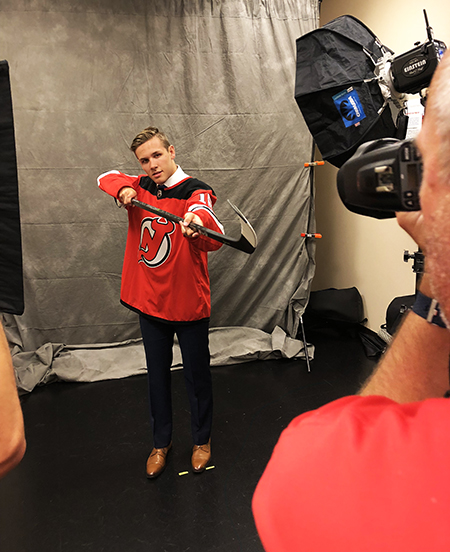 Upper Deck will also be sending staff out for an interactive event at Pastime Sports in Langley BC on Sunday, June 23. The 2019 NHL Draft™ Party and Card Show in the Shop will run on Sunday from 11:00 a.m. – 3:00 p.m. There will be free food and beverage, free Upper Deck Draft packs, Draft Weekend specials on products, bonus Draft packs for purchases, live group breaks and drawings for incredible Upper Deck prizes including signed memorabilia! 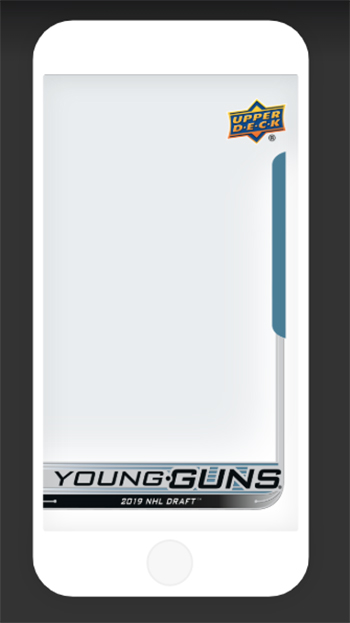 Make sure to be part of the conversation by following Upper Deck on Facebook, Twitter, Snapchat and Instagram in particular and by using the hashtag #NHLDraft. Upper Deck will be watching fun and supportive fans on these platforms and engaging with them throughout the Draft. 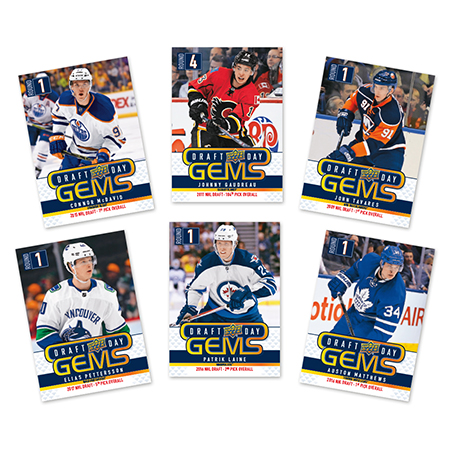 For fans not in attendance, Upper Deck and Universal Distribution have partnered up to host a variety of Draft parties at shops throughout Canada. Check out DETAILS ON THESE UPPER DECK DRAFT PARTY EVENTS.