To unlock and purchase these packs, simply add any available hockey trading card product on e-Pack to your cart.* This week’s pack of 2018-19 Game Dated Moments cards will be available for purchase in the Upper Deck e-Pack® Store until 6/14/2019 at 8:59 am (PST).

The Blues enter Game 2 of the 2019 NHL Stanley Cup Final with an 0-13 overall franchise record in the championship round, but turn their luck around with aggressive OT play propelling them to a 3-2 victory over the Bruins on a Gunnarsson slap shot to even up the series before heading back home to St. Louis. 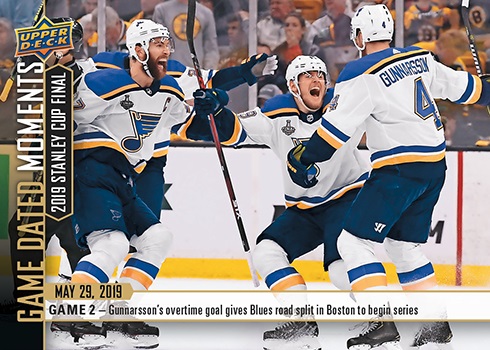 With the sting of Game 2’s OT loss still fresh in their minds, the Bruins go on a rampage in Game 3 and make quick work of the Blues on their home ice, defeating them 7-2 in the first Stanley Cup Final game played in St. Louis since 1970 and setting a Bruins franchise mark for most road wins in a single postseason with their seventh. 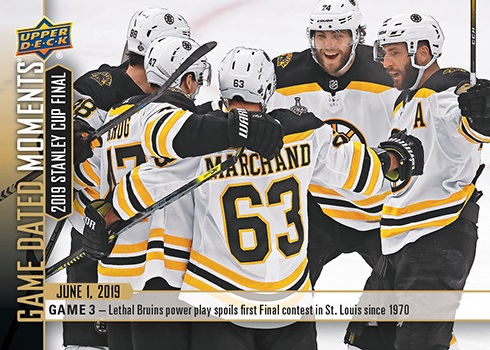 Card #100 (June 3, 2019) – Stanley Cup Final Game 4 – The Blues Lick Their Wounds and Comeback with an Impressive Win at Home to Even Series

Ryan O’Reilly shakes off the ghosts of a brutal Game 3 loss and puts the Blues on his shoulders from the get-go as he finds the back of the net just 43 seconds after the puck dropped in Game 4.  O’Reilly later sneaks a ricocheting puck past Rask to score the eventual game winning goal as St. Louis records their first ever Stanley Cup Final game victory on home ice and the Blues even up the series at 2 apiece. 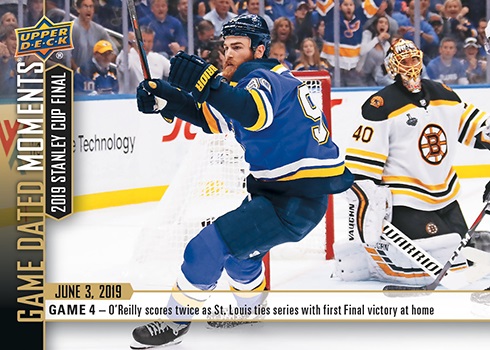 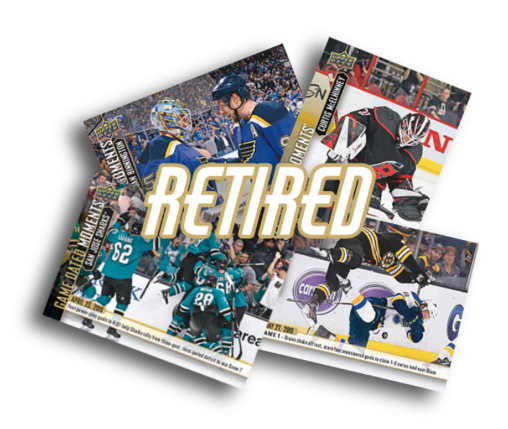 ©2019 The Upper Deck Company. All Rights Reserved.
Product depicted for demonstration purposes only and is subject to change without further notice. © NHL © NHLPA