Welcome back, 2PCGers, to our first preview for the first Issue in the Utopia Battles Arc, chronicling the events of Cyclops’ mutant group vs. Norman Osborn’s H.A.M.M.E.R. organization and Simon Trask’s Humanity Now! Today we will look at how the mutant and anti-mutant themes permeate through the Arc.
First up, we have the man himself, Cyclops, the leader of a new team for the game – the mutant Resistance 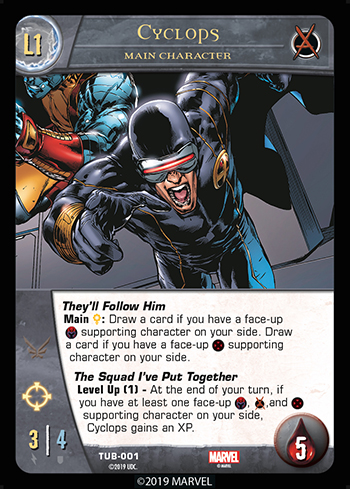 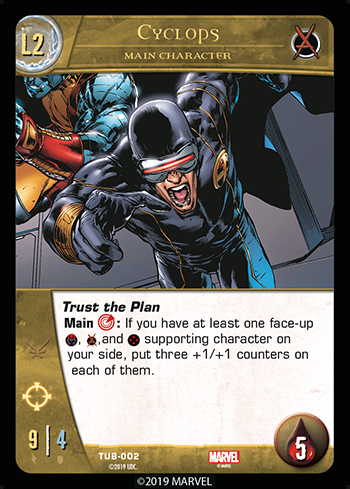 As you can see, Cyclops is very inclusive, welcoming even Brotherhood

mutants!
Here’s someone a tad less welcoming. Well, I guess he’s welcoming in a sinister way? As in, “Welcome to H.A.M.M.E.R. Now give me your life force.” 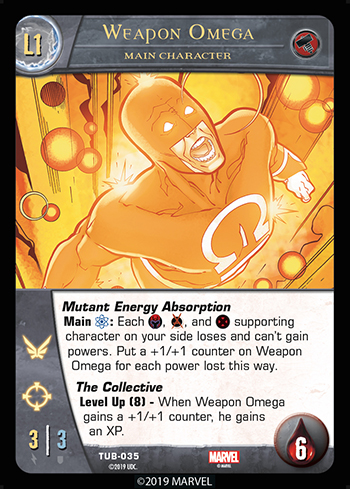 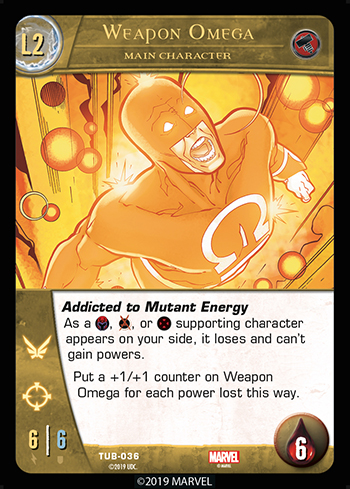 So far, we have seen one Main Character from each side. Next up, we have the White Queen herself, a shifty, scheming mutant indeed! 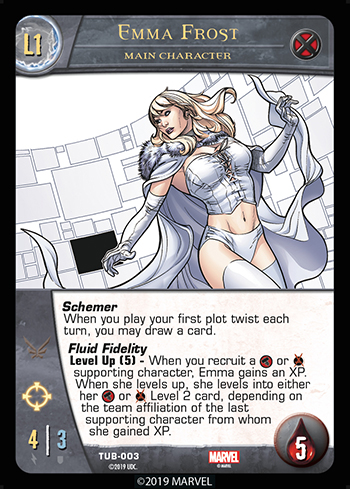 So you could build a deck with just

characters for Emma, or you could mix the teams and choose which way Emma commits during the heat of battle! 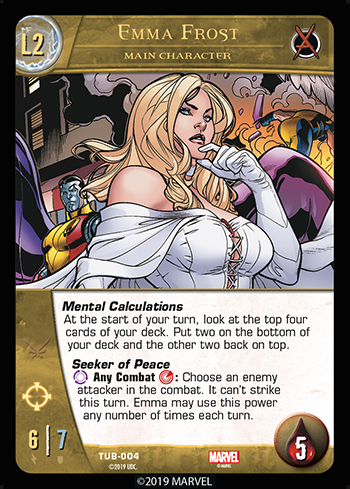 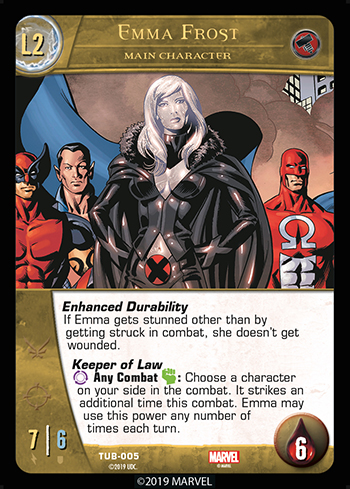 As you can see, when Emma choose a side, she also chooses one of her two forms as well.

There is another element is this conflict, that is neither 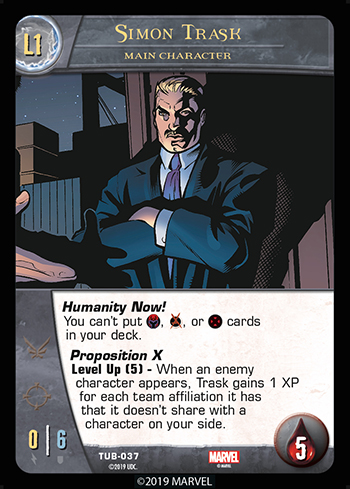 Being a human terrorist wasn’t enough for Trask, so he evolved into something…else? 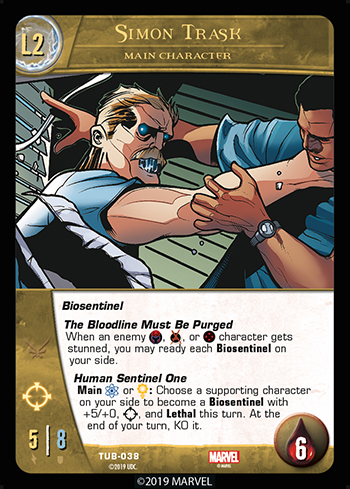 Biosentinel is a keyword power that has no built-in effect. Instead it is referenced by Trask’s other powers.

Besides Emma, there are other characters who either are secretly working against H.A.M.M.E.R. from within or at least have a change of heart about working for Norman. 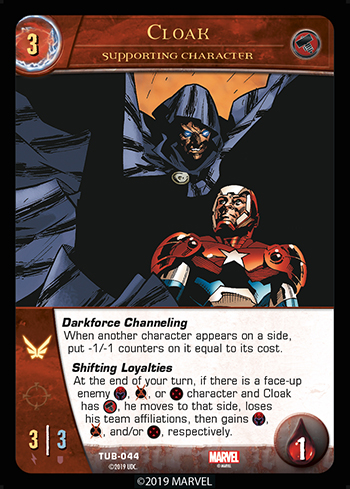 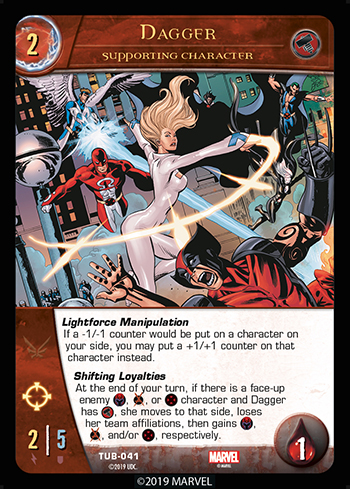 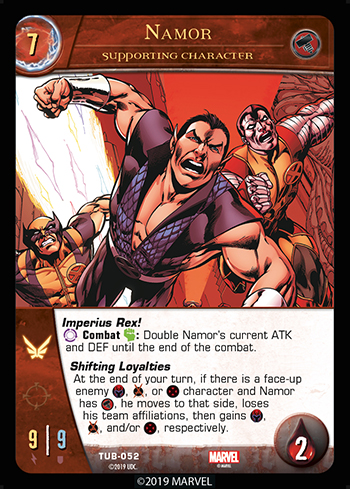 Sure looks like Norman should have at least seen Cloak’s betrayal coming!

Note: When a character switches side with Shifting Loyalties, they could conceivably gain more than one team affiliation (hence the “and/or”.)

I’ll leave you today with a card that sums up what the mutants are fighting for (with my favorite piece of art in the entire Arc). This card could help them get what they want. 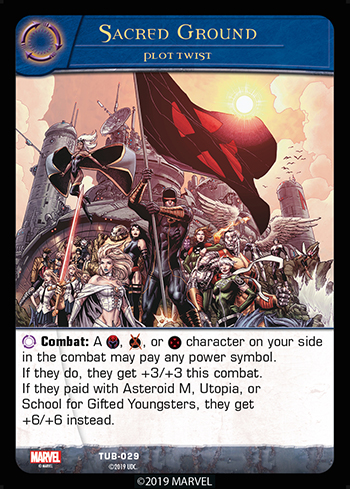 
They look great! Do you have any Galactus and his head heralds cards?