Once upon a time, the Marvel 3D trading card set contained hard-to-find Legendary® cards with unique gameplay, obtainable only by collectors. Now, by popular demand, after a 4-year exclusivity period, those cards are finally available to everyone as a part of Legendary Dimensions.

Putting the I in Team

The inter-dimensional duo of Howard the Duck and Man-Thing bring some interesting abilities and synergies. First up neither hero has a team affiliation. If you’re willing to focus on only recruiting Man-Thing and Howard the Duck, Rebel Without A Cause enables some fantastic card draw while Right Place, Wrong Time amps up your attacks. 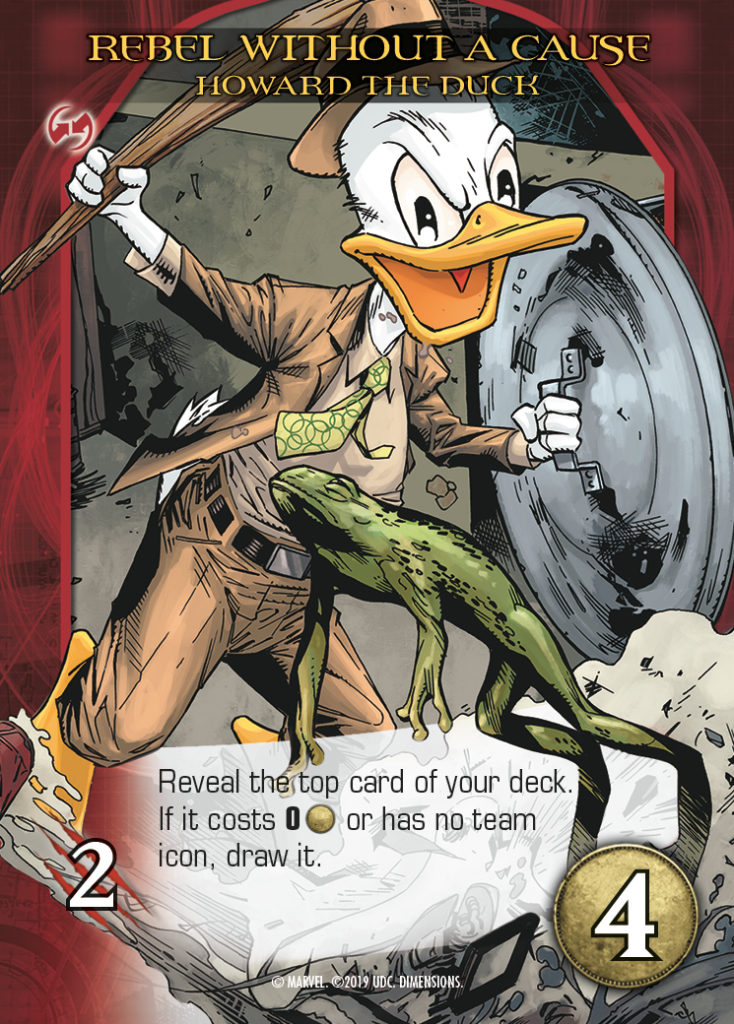 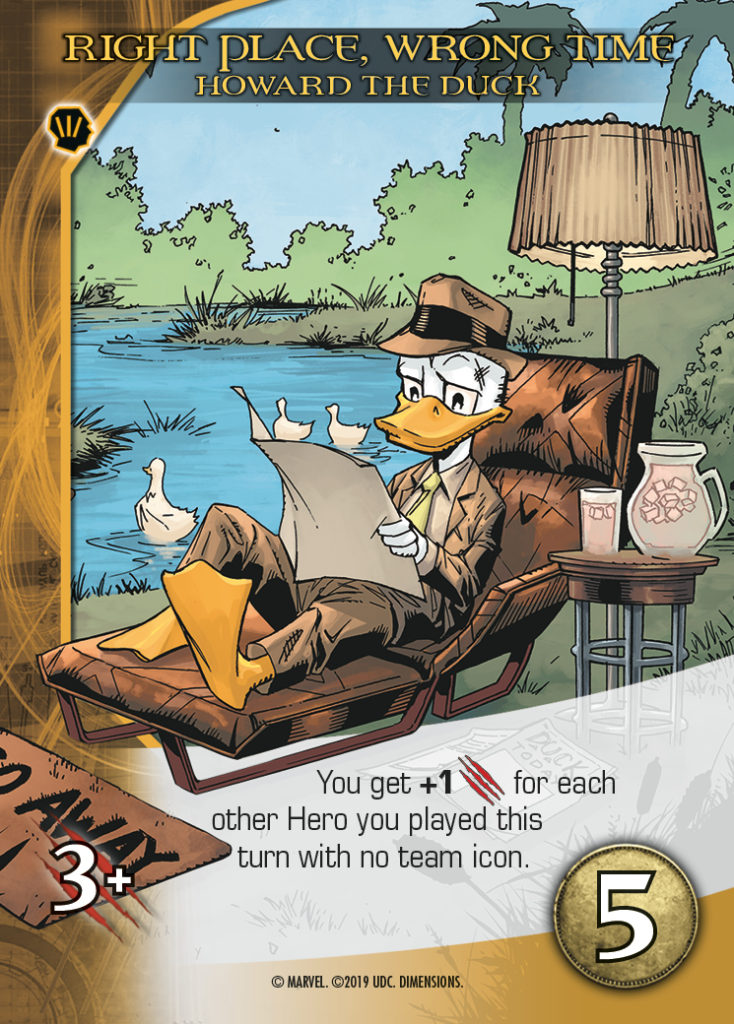 Howard the Duck also brings in the ability to rescue Special Bystanders with his Traveling Companion card. With so many special bystanders already available and five more in Legendary Dimensions (more on those in another preview) you’ll be able to stack the deck in your favor and support other bystander heavy heroes. 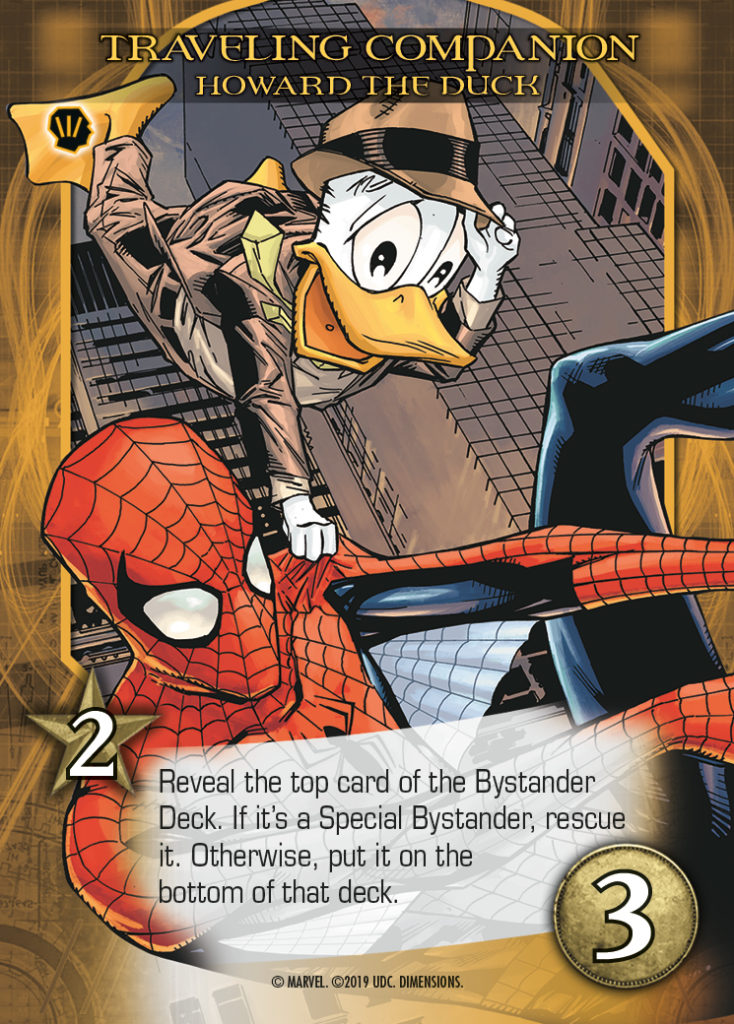 Man-Thing’s hero card set focuses on the city spaces. Form From Ooze  is a 2 cost card but it gives you +0 [scratch] unless you are targeting a villain in the sewers or the Mastermind. Travel The Nexus of Realities lets you move a villain to a new location, swapping with whichever bad guy is already there. With these abilities relying so much on the current board state these cards both have the Teleport Keyword so that you can hold on to them until the perfect time to strike. 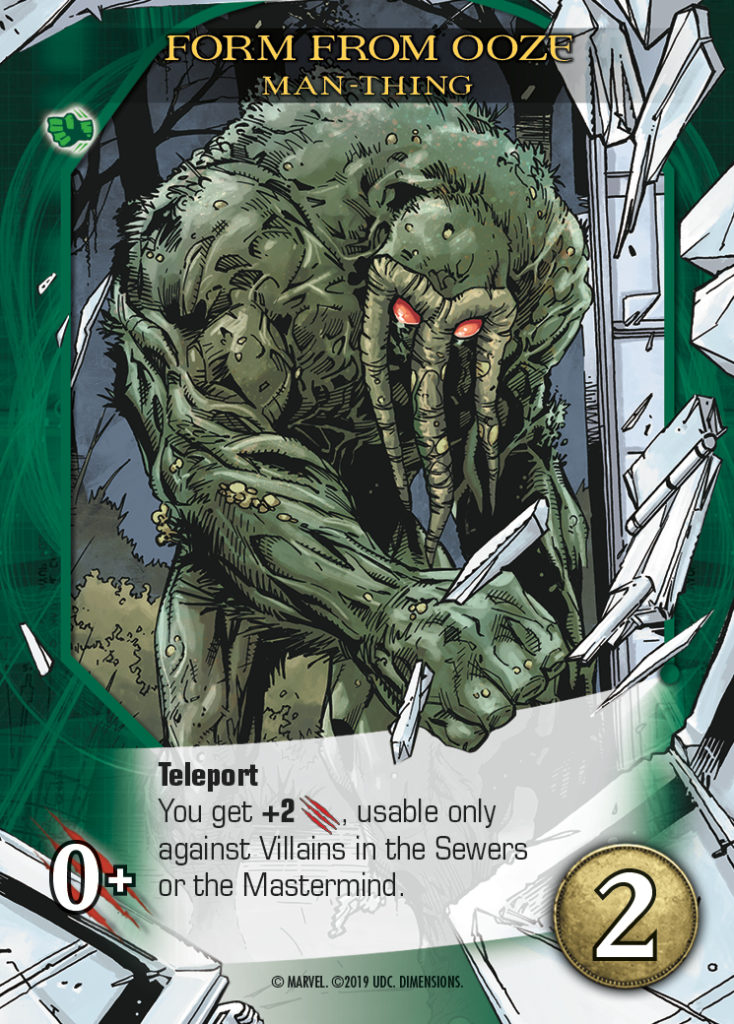 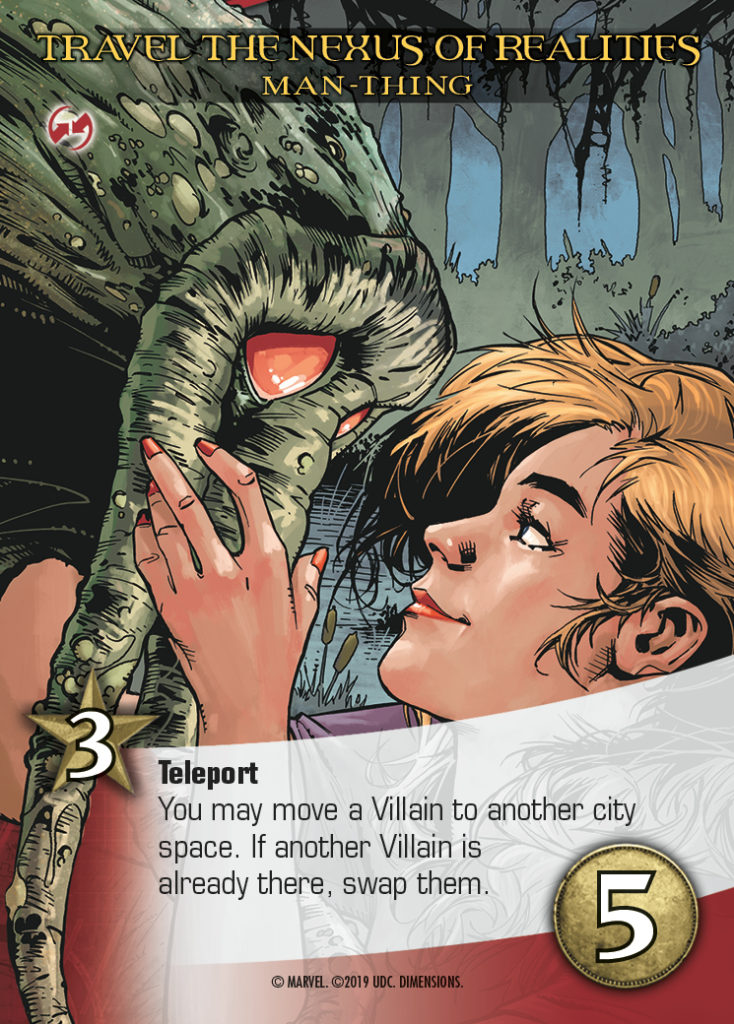 With the good comes the bad.

Circus of Crime brings in a mix of card draw and KO power. The KO ability will only focus on 0 [cost] cards which can help you thin your deck. If you happen to reveal a higher cost card you get to draw it. The Spider Slayers  henchmen villain reveals twice as many cards as the Circus of Crime but it drops the KO power in favor of pulling the low cost cards into your hand. This is great as it leaves you a better chance to draw your more expensive (and more powerful) cards next turn. 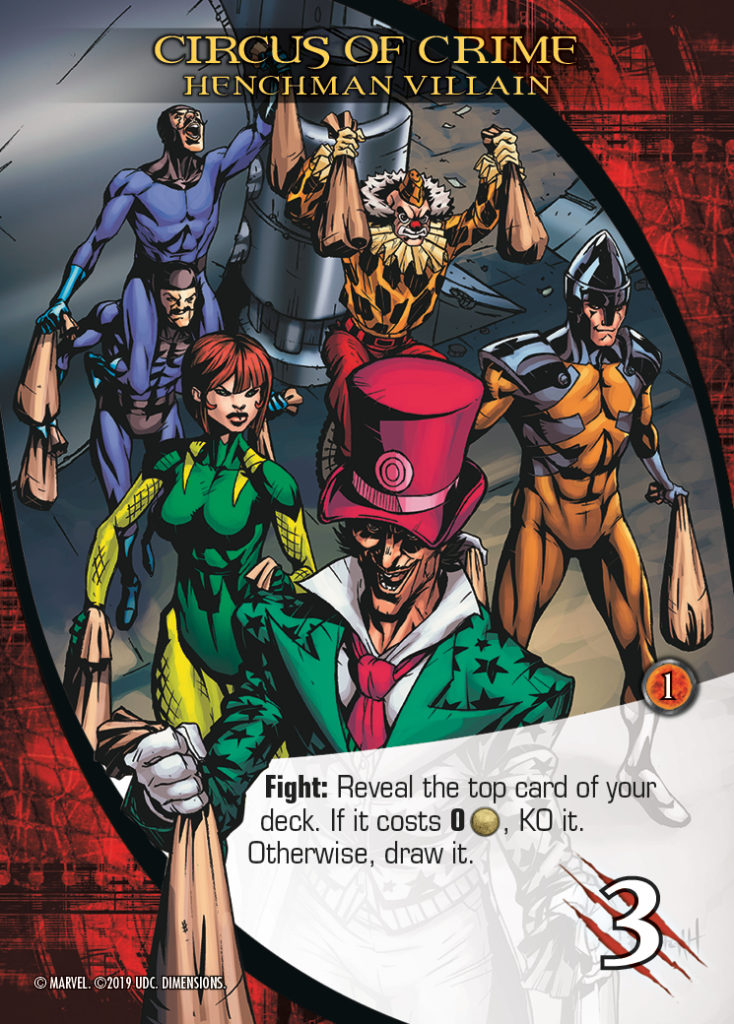 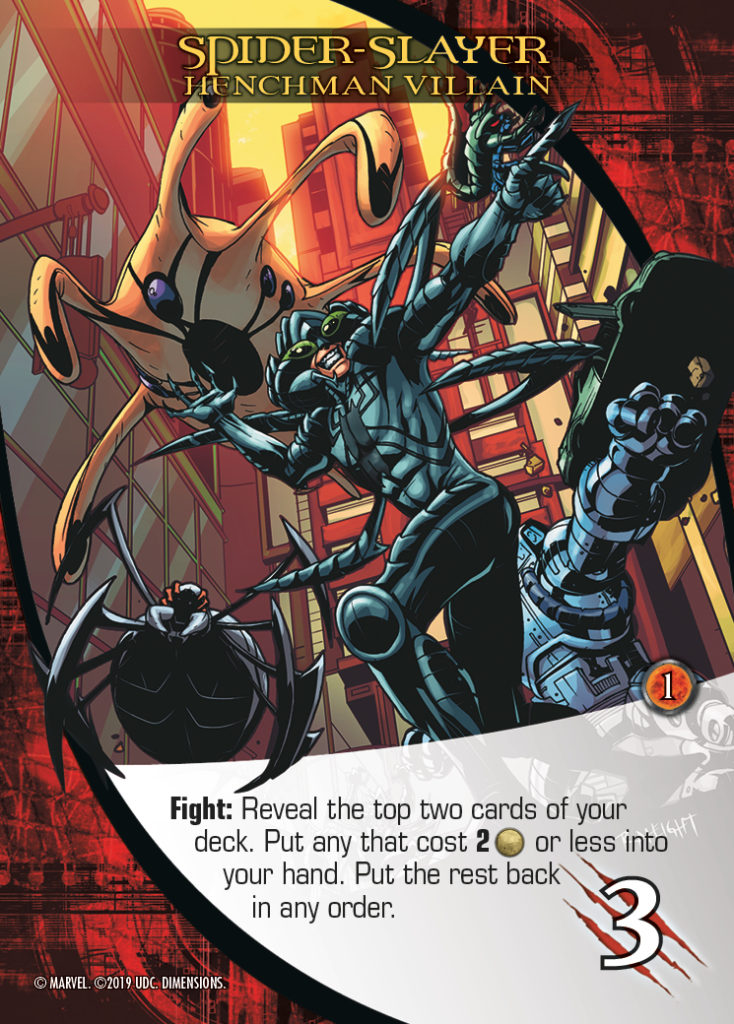 Thanks for checking out our first card preview for Legendary Dimensions and tune as we’ll have another one next week. Pre-order your copy of the game at your local FLGS or pick it up on release day May 22nd 2019.


So no more previews of Dimensions?