This week we take a look at some fan favorite heroes that made their way into Legendary Dimensions.

Starting off we’ve got Squirrel Girl. Squirrel Girl introduces the new keyword Switcheroo. This ability represents how a hero can unpredictably switch up their tactics. They sometimes switch into new fighting stances by swapping one of their hero cards for another but can also use Switcheroo to get a different hero’s card.
To use Switcheroo you reveal the card from your hand and put it on the bottom of the Hero Deck. If you do, you may put a Hero from HQ into your hand. The Hero card you choose must have a recruit card equal to the number printed with the keyword. So when using Nut Punch from Squirrel Girl (Swicheroo 4) you may place Nut Punch on the bottom of the deck and grab a new Hero card from HQ that costs exactly 4 recruit points. 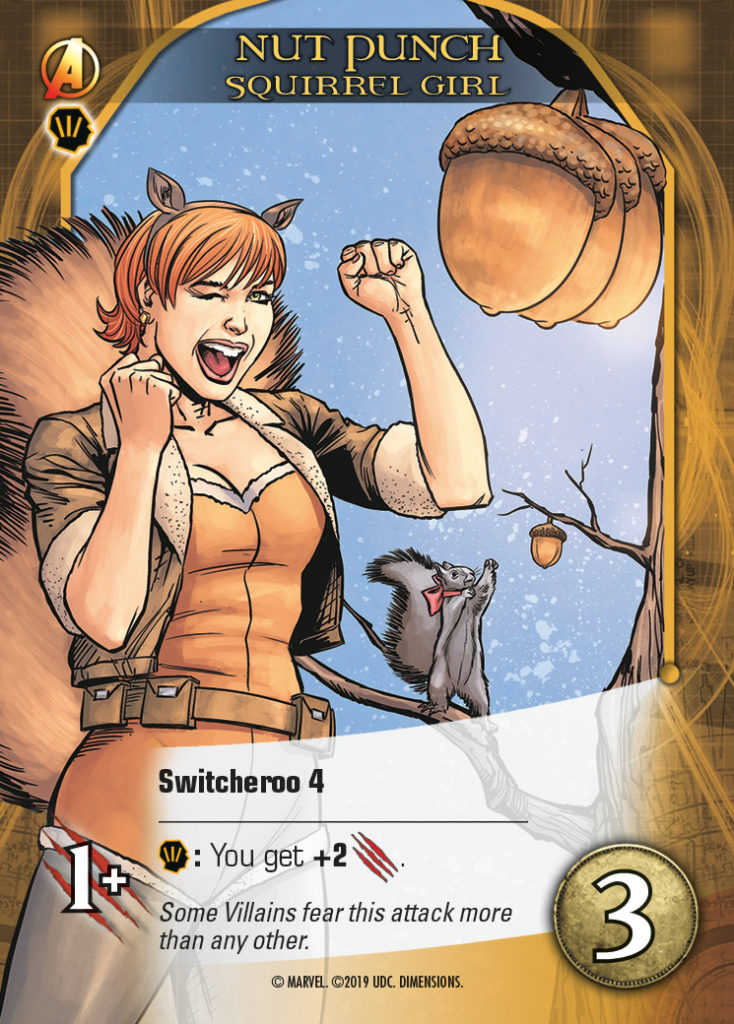 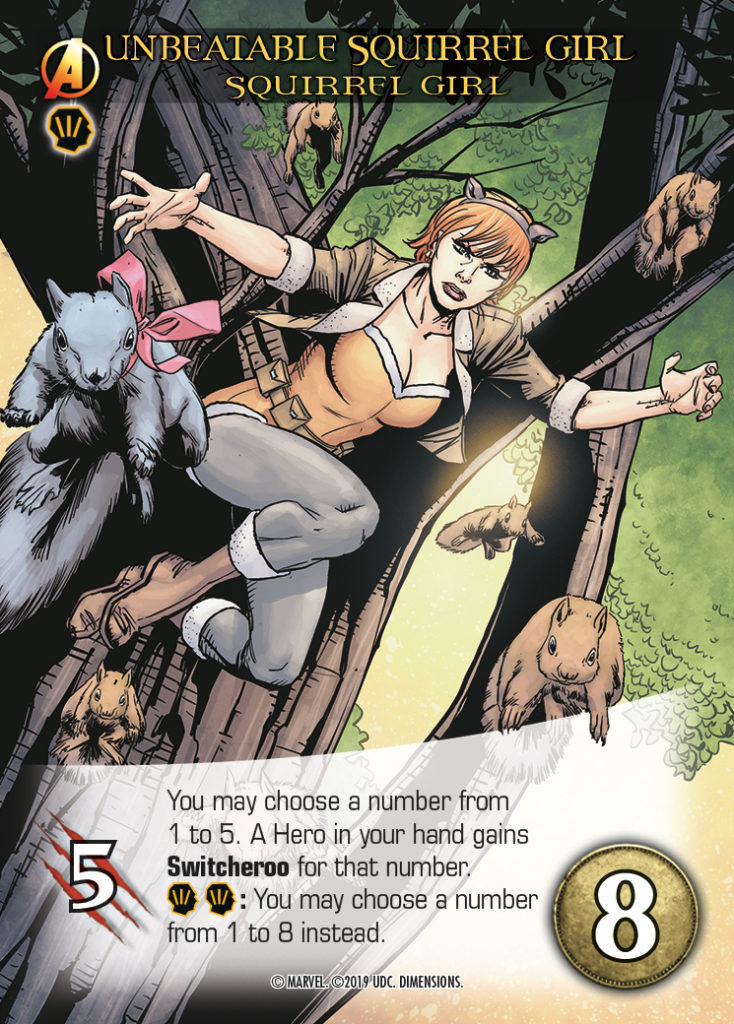 Squirrel Girl isn’t the only tricky hero in Legendary Dimensions. Jessica Jones is also known for being crafty in battle. In addition to having several hero cards with Switcheroo, Jessica Jones also utilizes the Investigate keyword. This keyword thematically represents her investigating mysteries and searching for evidence and allies in Hell’s Kitchen.

Investigate first appeared in Legendary®: Marvel Noir. Investigate lets you look at the top two cards of your deck and reveal a card that matches your investigation requirements and draw it. The remaining card(s) are then placed on top or bottom of your deck in the order of your choice. This brings greater draw and deck filtering options that serve as the foundation of some very strong combos. 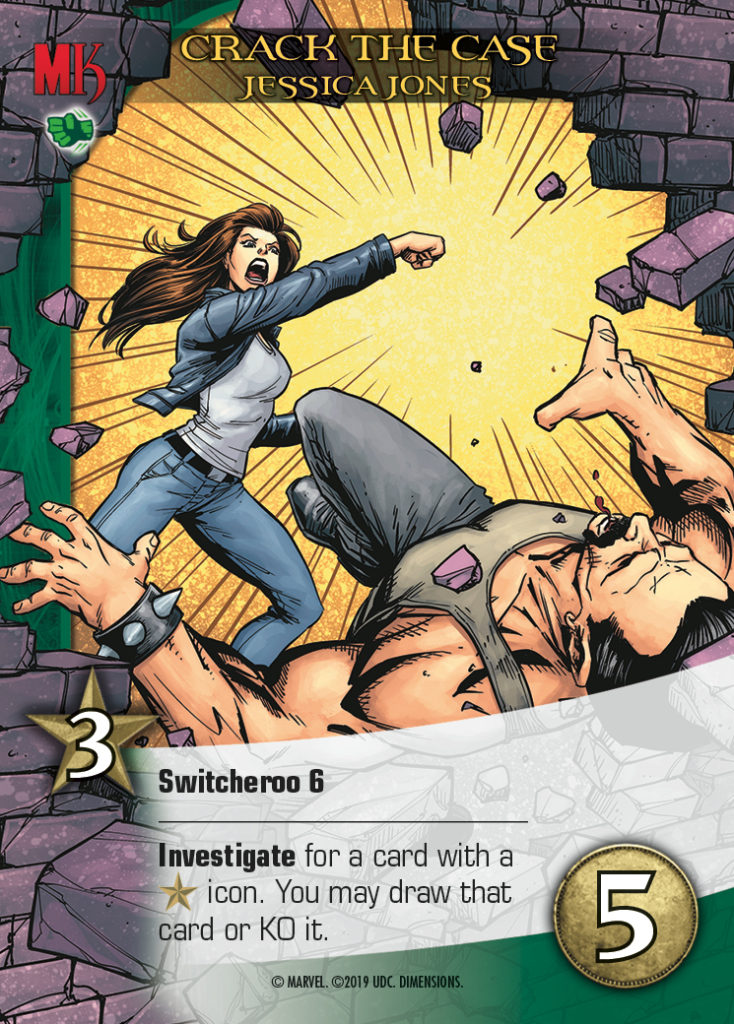 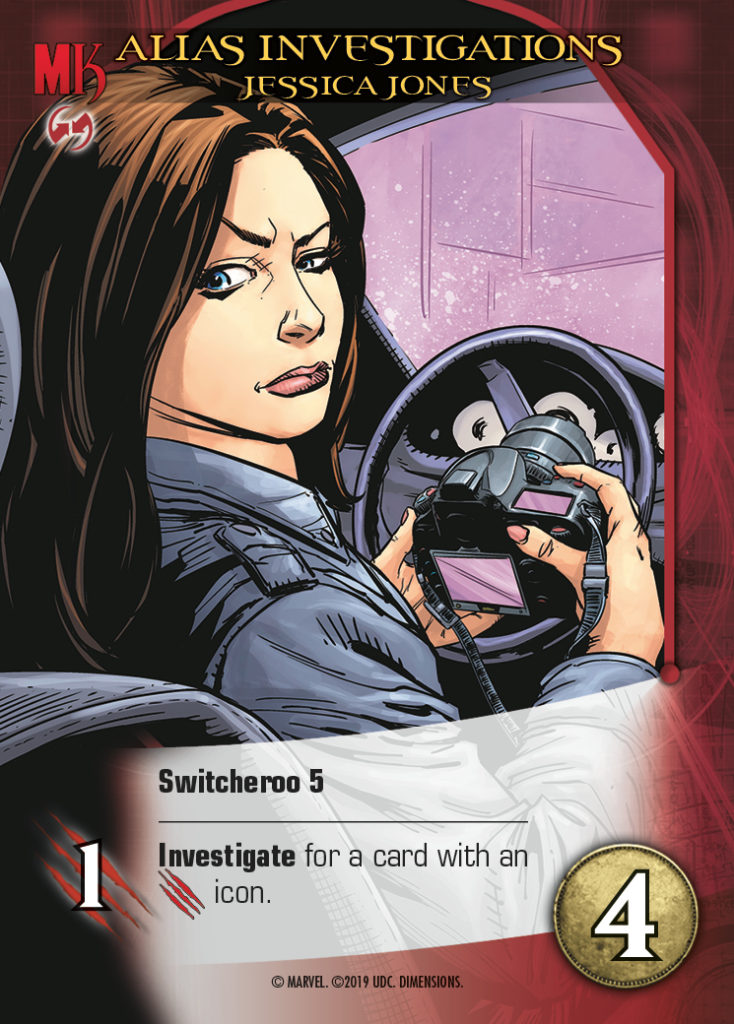 Finally we have Ms. America. As you can see her rare card Hyper-Cosmic Awareness brings a big bonus for having a lot of cards in your hand. If you play her first you can generally expect to have a 5

card for 7 recruit points. This is pretty powerful on its own. Playing a card that lets you draw another will keep the power level the same…If only there was a way to make this card even more powerful… 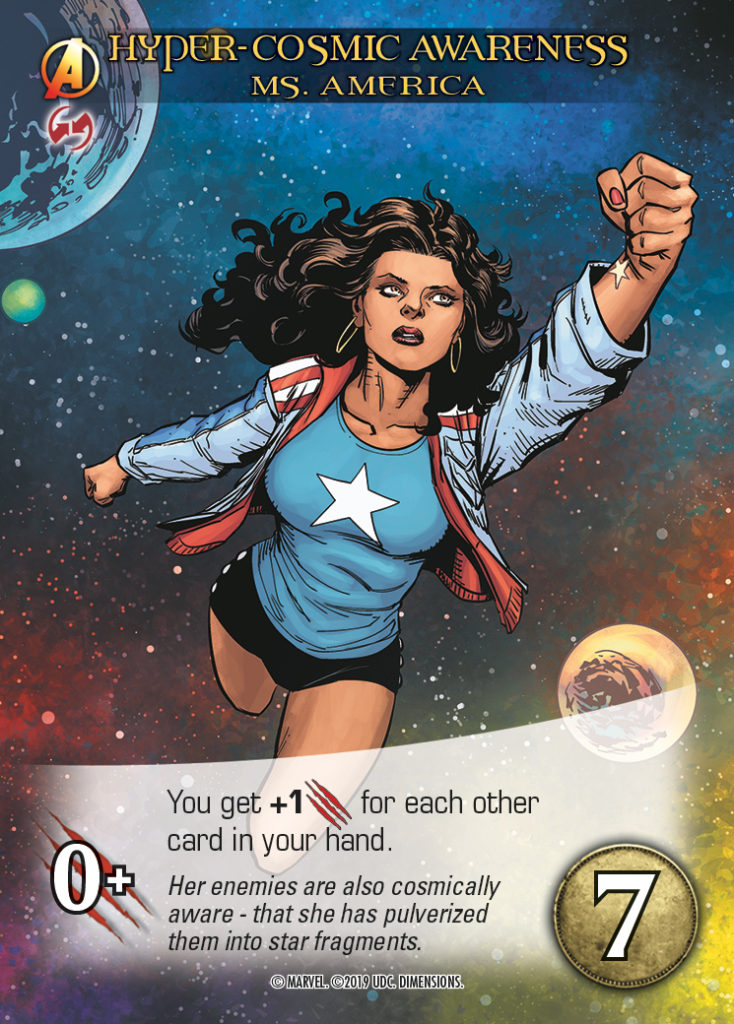 Oh what if we setup first with Teleport! Teleport is already a strong keyword, letting you add value to your next turn. Ms. Americas common cards provide you with ways to teleport cards forward and build your Hyper-Cosmic Awareness into a potential 8,9 or even 10+

card! This is exactly what you’ll need to take out some of the more powerful Masterminds. 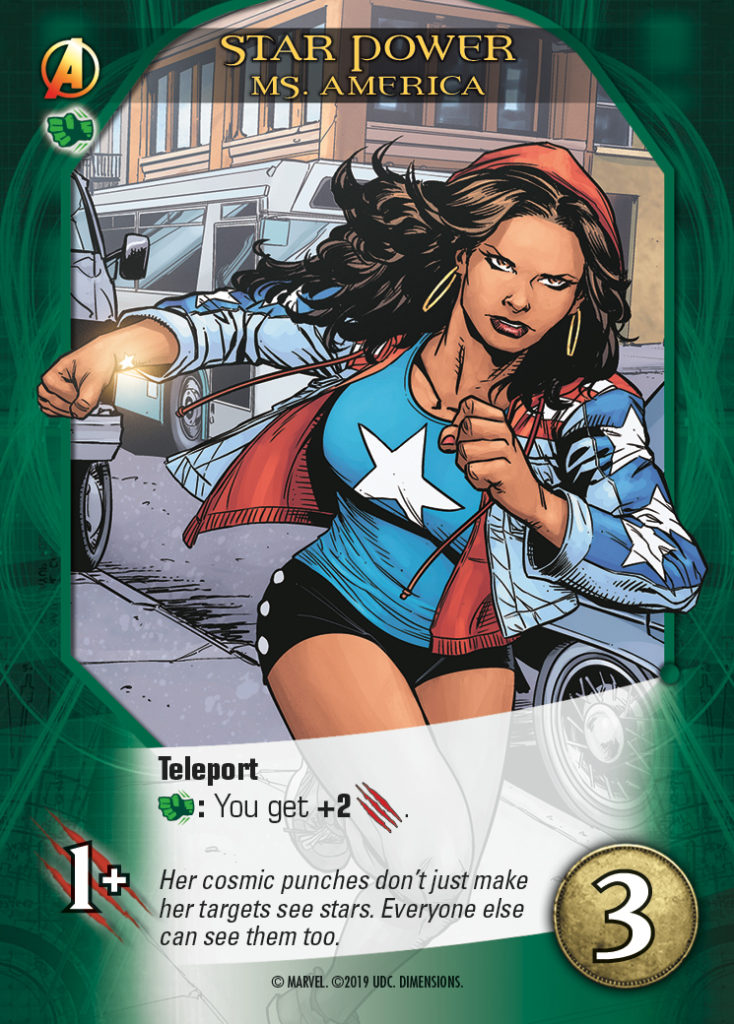 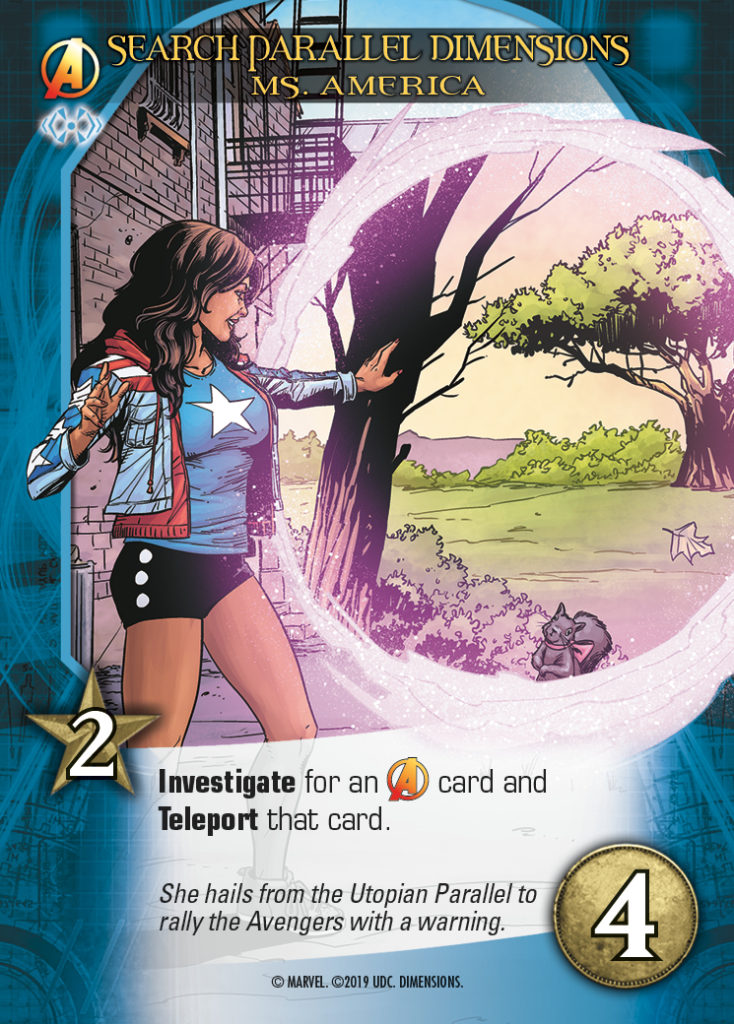 Speaking of Masterminds tune-in to our next preview to learn about the big bad in this expansion – J. Jonah Jameson.