To unlock and purchase these packs, simply add any available hockey trading card product on e-Pack to your cart.* This week’s pack of 2018-19 Game Dated Moments cards will be available for purchase in the Upper Deck e-Pack® Store until 5/31/2019 at 8:59 am (PST).

The Bruins become the 4th team to reach the Stanley Cup Final 20+ times as a franchise after they make quick work of the streaking Carolina Hurricanes in 4 games as Rask secures his 7th overall and 2nd straight series-clinching shutout, passing Kiprusoff and putting him at the top of the leaderboard for the most postseason shutouts by a Finnish born goalie. 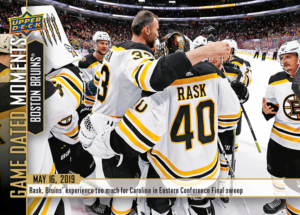 Jordan Binnington inks his name in the record books yet again becoming only the 5th rookie, and first since Ron Hextal, to take responsibility for his team’s first 12 wins in a single postseason as the Blues push past the Sharks for their first Stanley Cup Final appearance since 1970 as they become the first team to be in last place after 20 games during the regular season and eventually advance to the Stanley Cup Final. 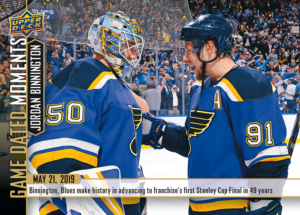 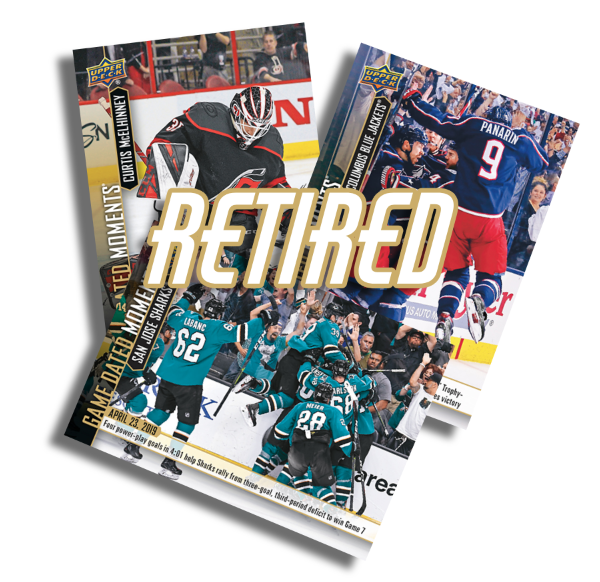