To unlock and purchase these packs, simply add any available hockey trading card product on e-Pack to your cart.* This week’s pack of 2018-19 Game Dated Moments cards will be available for purchase in the Upper Deck e-Pack® Store until 5/10/2019 at 8:59 am (PST).

The Boston Bruins break a tie with fellow Original 6 teams, the Detroit Red Wings and Montreal Canadiens, for most Game 7 wins in franchise history after they down another Original 6 team, the Toronto Maple Leafs, to tally the 15th such win all while the Bruin’s current captain, Zdeno Chara, ties the NHL record for most Game 7s played in at 13. 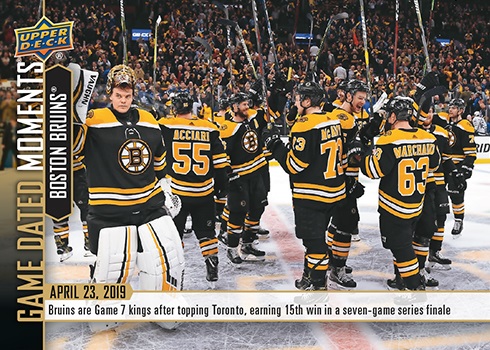 The San Jose Sharks continue their quest for the franchise’s first championship and make history along the way, as they become only the 2nd team to be trailing by 3 goals at any point in the 3rd period of a Game 7 and comeback to eventually win the game after scoring 4 power-play goals in 4:01 to comeback and defeat the Golden Knights while Kevin Labanc becomes the first player to record 4-points in a single period during a Game 7 matchup. 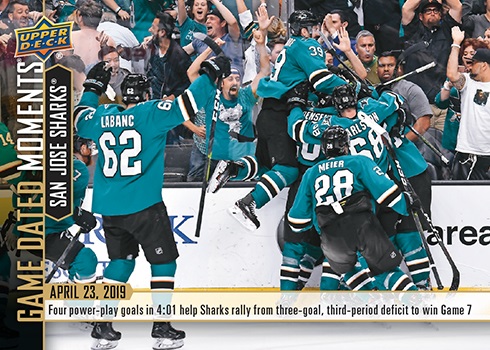 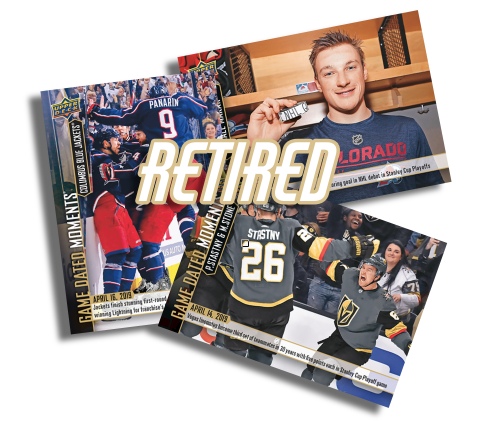