Collectors at the 2019 Summit Show in Edmonton were treated with some memorable experiences at the Upper Deck booth. Throughout the weekend, Upper Deck had a lot of fun engaging with the passionate collectors at the show while teaming up with the company’s Certified Diamond Dealers who were set up at the show. The Upper Deck booth also displayed some fantastic Upper Deck Authenticated Memorabilia. Fans loved checking out memorabilia from top Edmonton Oilers stars and legends like Connor McDavid, Wayne Gretzky, and Jari Kurri.

Upper Deck is teamed up with Mojo Photo Events & Activations to provide fans in attendance with a very cool promotion where you can get a custom card printed on site! The cards turned out great and fans left with a cool collectible to remember the show! 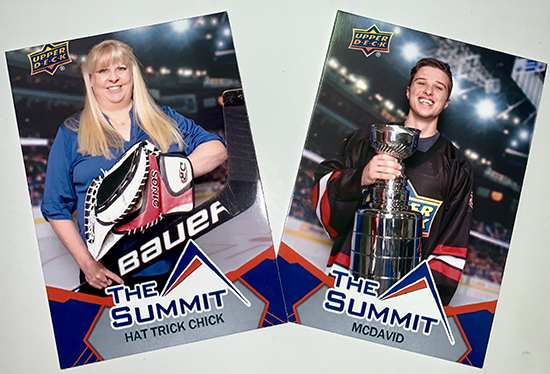 Fans enjoyed the wrapper redemption program where they scored Upper Deck Authenticated autographed hats, mini helmets, pucks, draft badges and oversized cards. Many collectors were very busy cracking some of the newest Upper Deck NHL® releases. New releases like SPx, Trilogy and Series Two were all fan favourites, but many people really had fun opening some of their first boxes of 2018-19 NHL® Synergy. Fans were ecstatic to find lots of premium hits in each box including autographs from superstar rookie Elias Pettersson and sweet inserts like the Cast for Greatness metal cards and the Glow Shift “glow in the dark” cards. 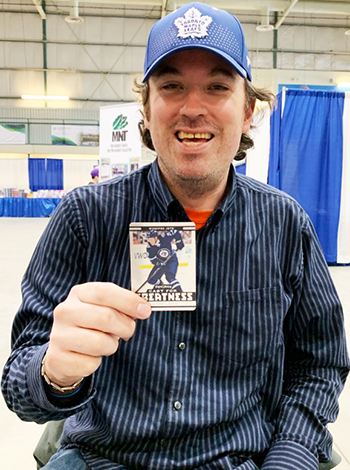 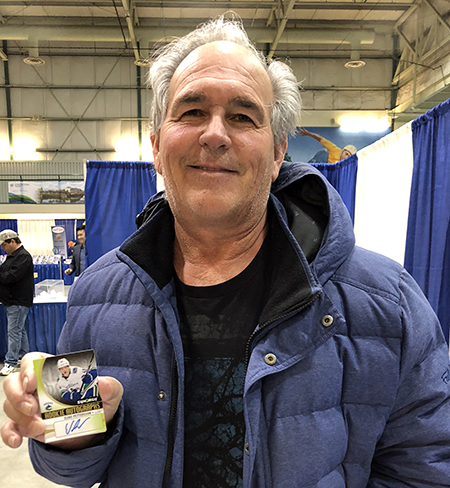 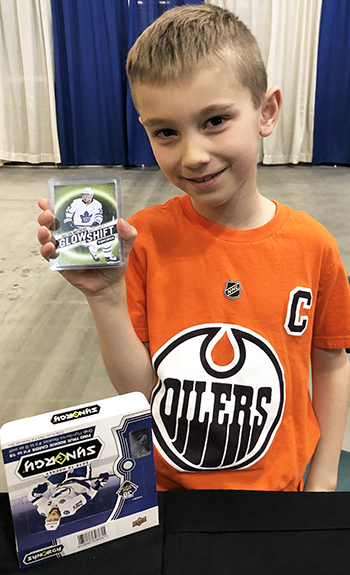 Here’s a look at great collector of the fun hits from the weekend: 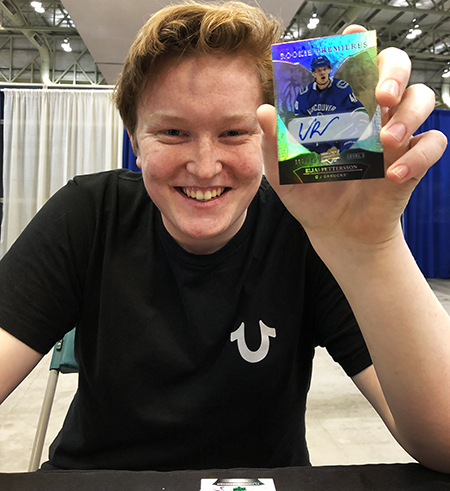 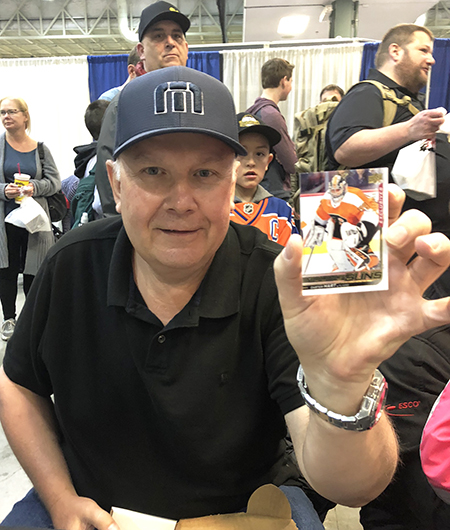 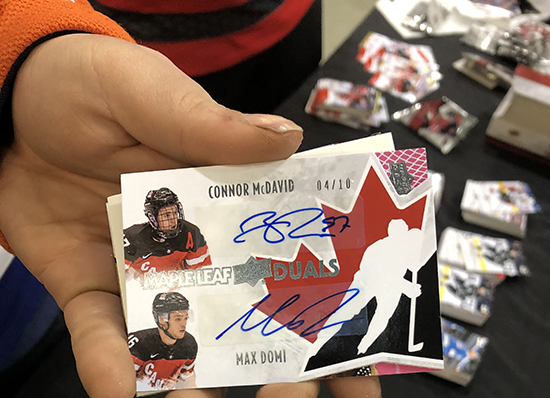 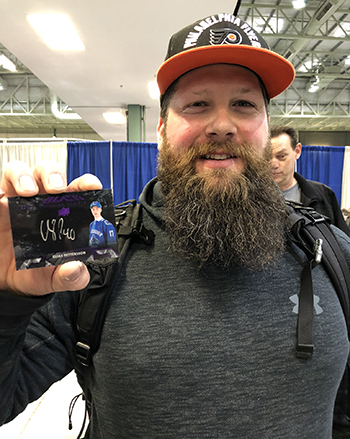 Kids had some great hits as well! 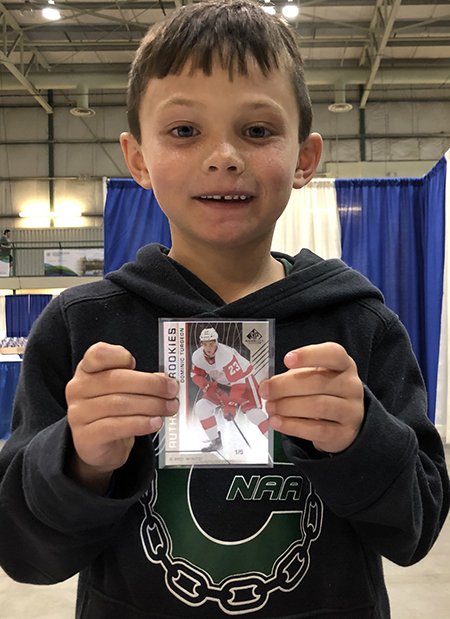 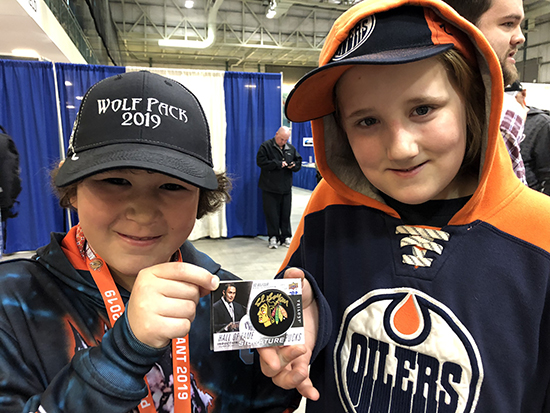 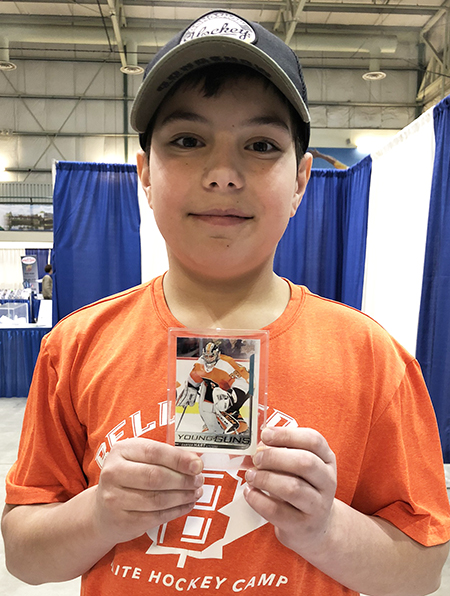 Fans loved how Upper Deck gave back to collectors through daily raffles. Collectors surrounded the booth for their chance to win! The biggest stars of the show were the winners of the Upper Deck raffle. Fans had a shot to score sealed product, signed memorabilia from Edmonton Oilers draft picks and insert cards. Check out some of the winners: 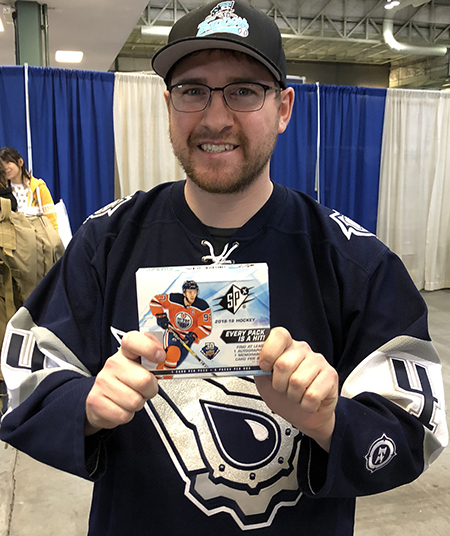 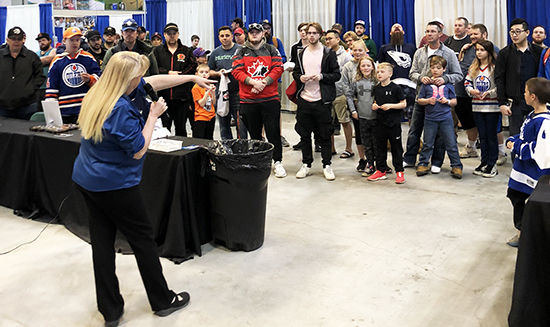 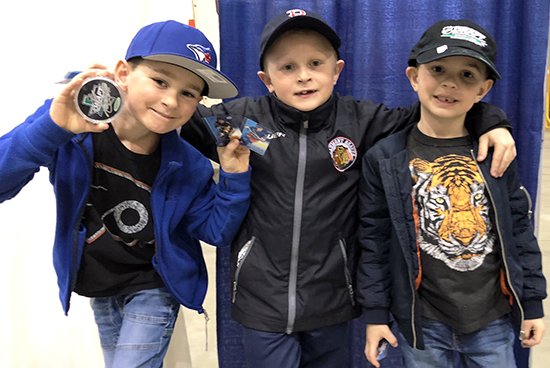 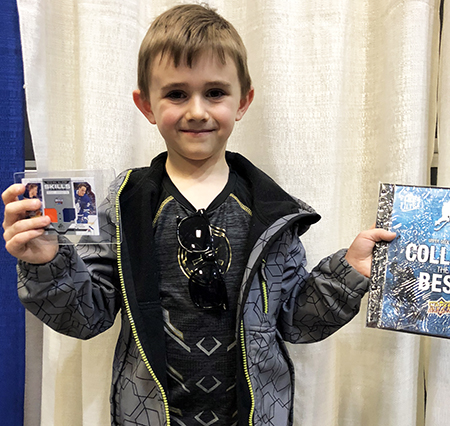 One lucky fan was able to go home with a Wayne Gretzky Black Diamond Hall of Fame Rings blow-up card. 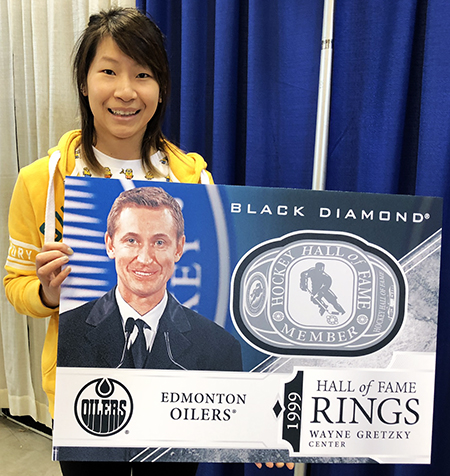 Thanks to all the fans who made the 2019 Summit Show so much fun. Until next time!