To unlock and purchase these packs, simply add any available hockey trading card product on e-Pack to your cart.* This week’s pack of 2018-19 Game Dated Moments cards will be available for purchase in the Upper Deck e-Pack® Store until 4/26/2019 at 8:59 am (PST).

Veteran defenseman Brooks Orpik calls game to end a back and forth affair between the defending champion Capitals and the up-and-coming Hurricanes becoming the oldest defenseman to score an OT goal in the playoffs as he leads Washington to a 4-3 home victory to put the Capitals up 2-0 in the series. 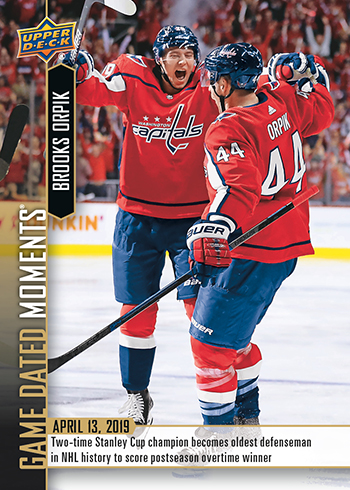 The two-headed monster of Paul Stastny & Mark Stone strike fear in the hearts of the Shark’s faithful during Game 3 of the Golden Knight’s first-round matchup as they rack up 5-points apiece to become only the 3rd pairing in 30 years to accomplish the feat in the playoffs, resulting in the Golden Knights walking away with a 6-3 trouncing of San Jose and a 2-1 series lead. 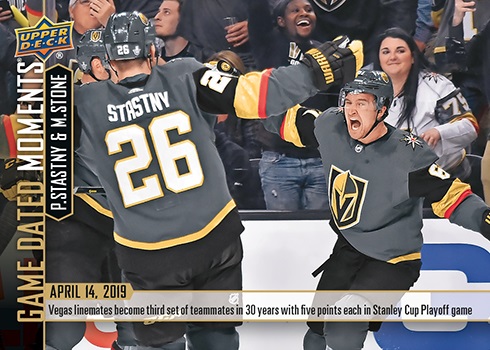 Cale Makar, fresh off of the ice from the college hockey championships on Saturday, makes his NHL debut for the Colorado Avalanche in Game 3 of the first-round series versus the Flames after signing a 3-year contract the night before. Makar’s goal, the first of his career, serves as the eventual game winner in a 6-2 victory in Colorado and makes him the first defenseman ever to score a goal while debuting during the playoffs. 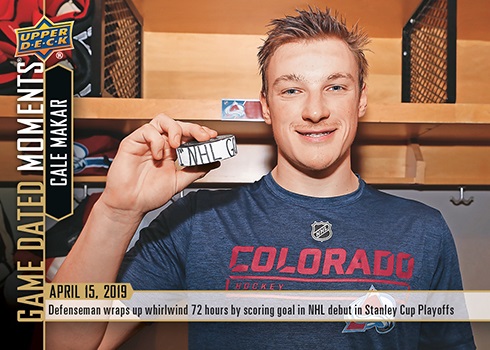 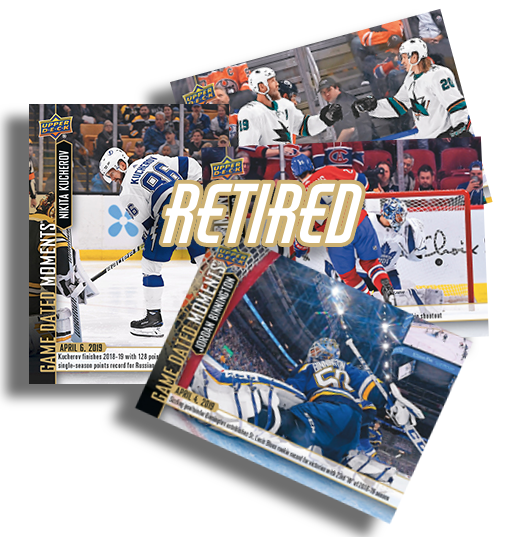