To unlock and purchase these packs, simply add any available hockey trading card product on e-Pack to your cart.* This week’s pack of 2018-19 Game Dated Moments cards will be available for purchase in the Upper Deck e-Pack® Store until 4/19/2019 at 8:59 am (PST).

Jordan Binnington adds another accolade to his already shinning resume following his recent back to back Rookie of the Month honors as he sets a new Blue’s goalie rookie record with 23 wins topping his teammate Jake Allen’s previous mark of 22 from his rookie season in 2014-15. 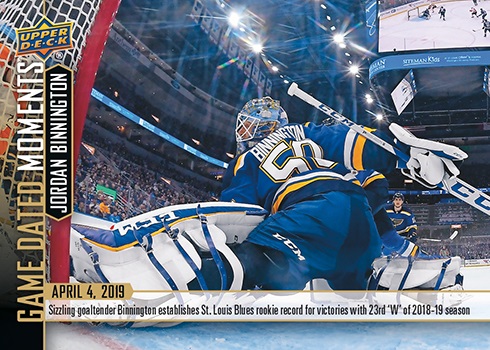 Joe Thornton, who wears the No.19 in honor of one of his favorite players, Steve Yzerman, finds Sorensen from behind the net to tally his 1,064th career assist, moving him past his idol for the 8th spot on the all-time assists list as the Sharks down the Oilers 3-2 on the road. 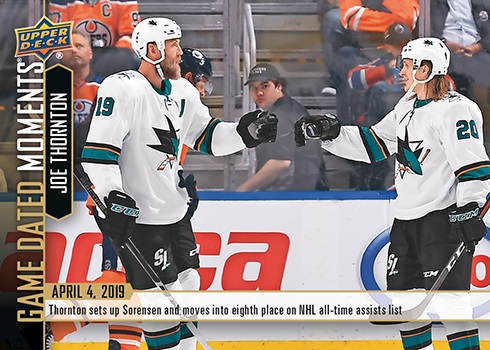 Nikita Kucherov tops off his stellar season by enshrining himself in Russian hockey lore as he passes Alexander Mogilny’s previous single season points record for Russian born players by slotting 2-points in a win over Boston, bringing his point total on the season to 128 and helping the Lightning secure their 62nd win, tying the all-time mark for team wins in a season. 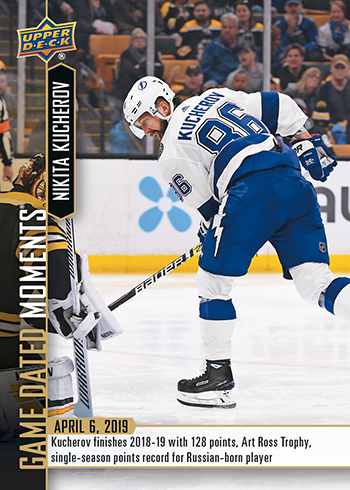 Ryan Poehling, one of Montreal’s promising prospects, makes his NHL debut and shines brightly in front of the home crowd with a hat trick performance, including the game-winning shoot out goal in a 6-5 victory over the rival Maple Leafs to end the season on a very high note and becoming the first Canadiens player to score 3-goals in their debut since 1943. 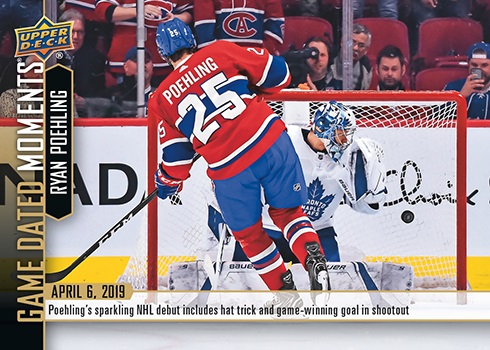 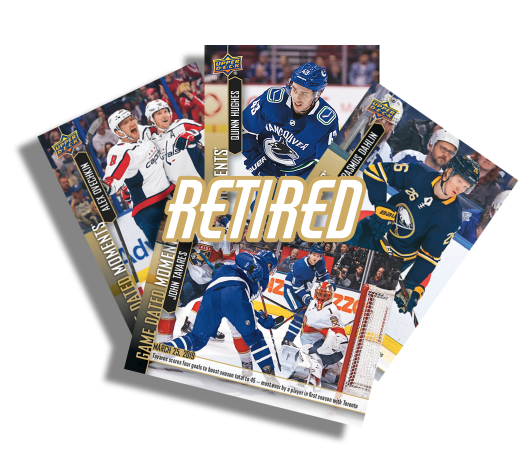 Head to the STORE to get  your Game Dated Moments cards now!