Welcome to our second preview for the Galactic Guardians Issue in the Infinity War Arc for VS. System 2PCG! Today we only have three cards to show you, but they’re doozies. Let’s start with a spaceship shall we? 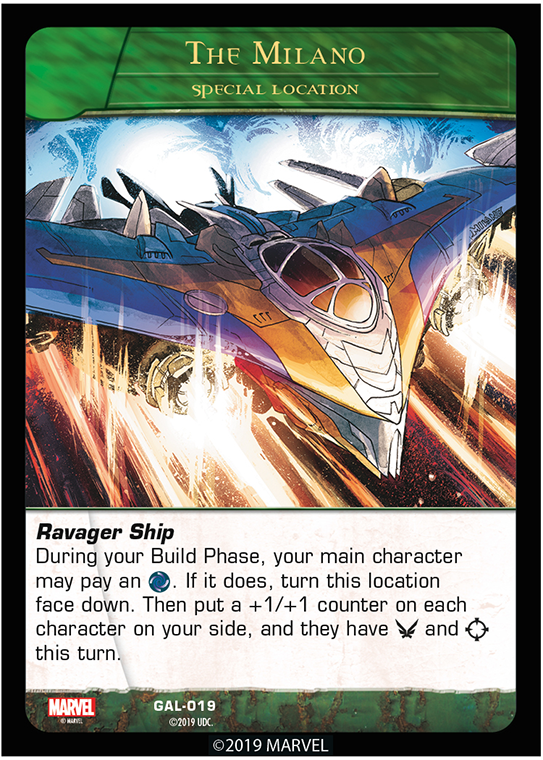 Well, that card will certainly give your team a lift!

This card is the second in the six-part series of special locations like this. Wakanda was the first – click here for more on Wakanda. Please note a few things about these Special Locations:

Sticking with our mechanical them, how about a look at what one version of Vision is up to. 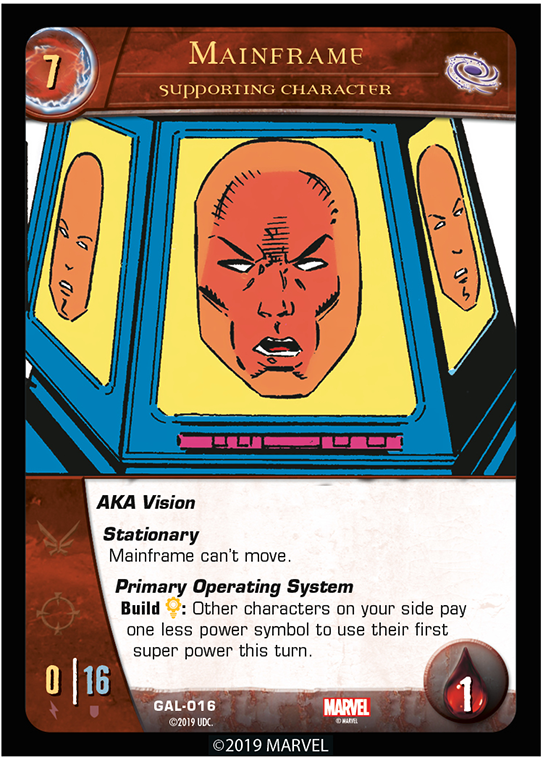 My main man! Please note that Stationary prevents Mainframe from moving even if an enemy

player uses a push or pull effect on him or rearranges your formation. He’s a huge computer, folks.

Our last card today has nothing to do with machines, but he(?) is certainly not your average being! 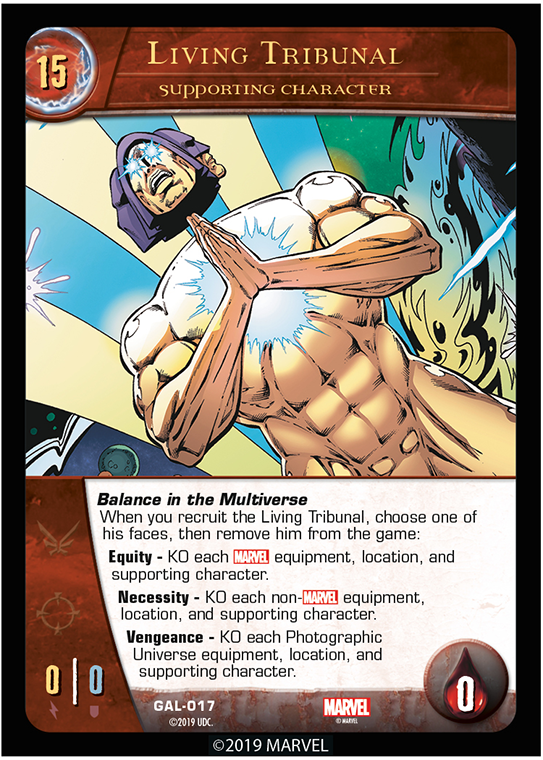 When the Living Tribunal Balances the Multiverse, he’s removed from the game before he actually appears. Yeah, it’s sort of weird, but he has three faces, so…

For more on the Photographic Universe, please see Link

We hope you enjoyed our look at some of the amazing creatures in the galaxy! Join us next time when we gaze skyward for our last preview of the