Vs. System 2PCG Galactic Guardians Preview – Kitty and the Beasts

Hello and welcome to the first preview for the Galactic Guardians Issue in the Infinity War Arc for VS. System 2PCG! Yay! Today we are going to look at some Guardians of the Galaxy cards featuring animals – cats, dogs, “dragons”, and ducks, working together! It’s a crazy galaxy out there!

First up we have the mutant Kitty Pryde, moonlighting under the Star-Lord. 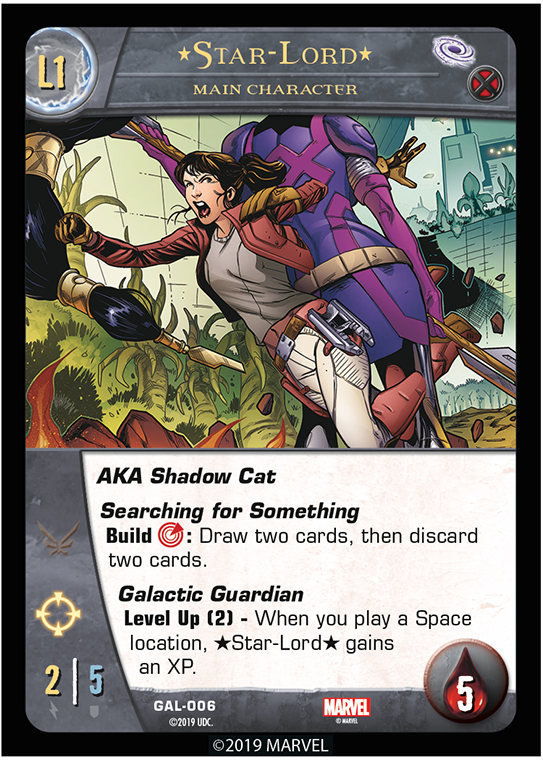 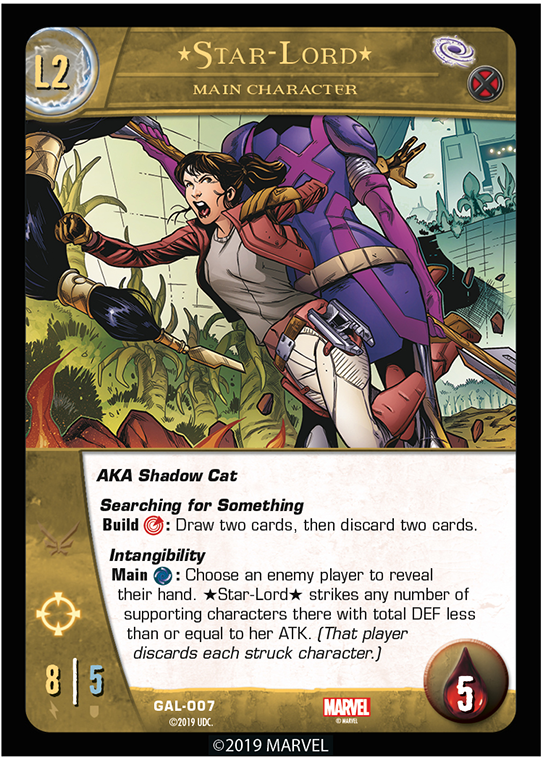 Note that she has two team affiliations, because she’ll always be an X-Men at heart. Her Intangibility lets her strike characters while they’re in a player’s hand. This is uncanny. A couple things about this:

Up next is Kitty’s faithful companion himself. 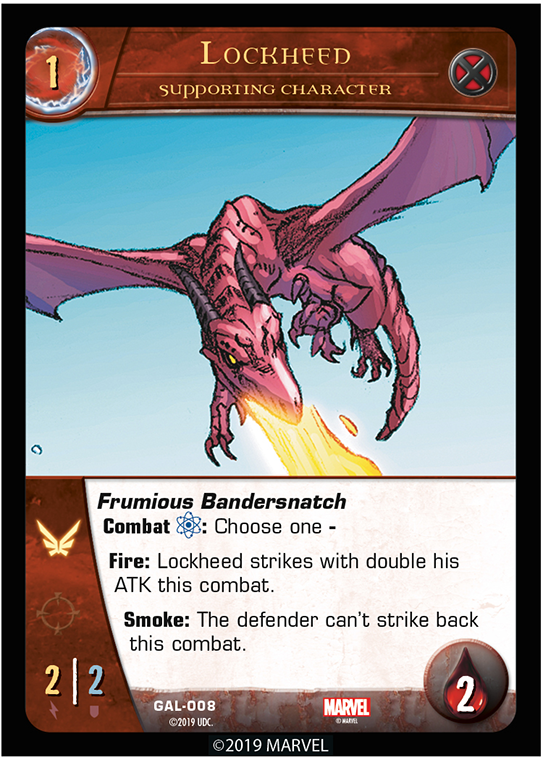 You might say that “where there’s smoke there’s fire”. Except with Lockheed, it’s smoke or fire. But there are stranger things than Lockheed in the galaxy. 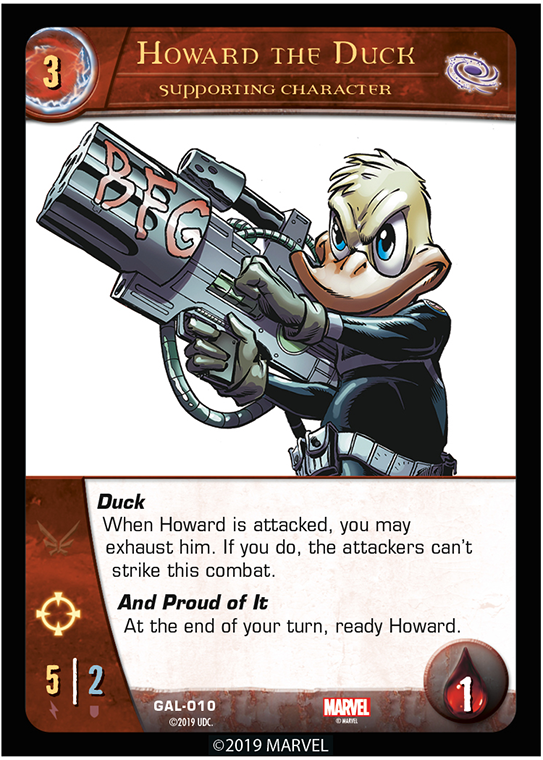 He can be a real ducking pain in the bill. But the king of all Guardians “animals” is… 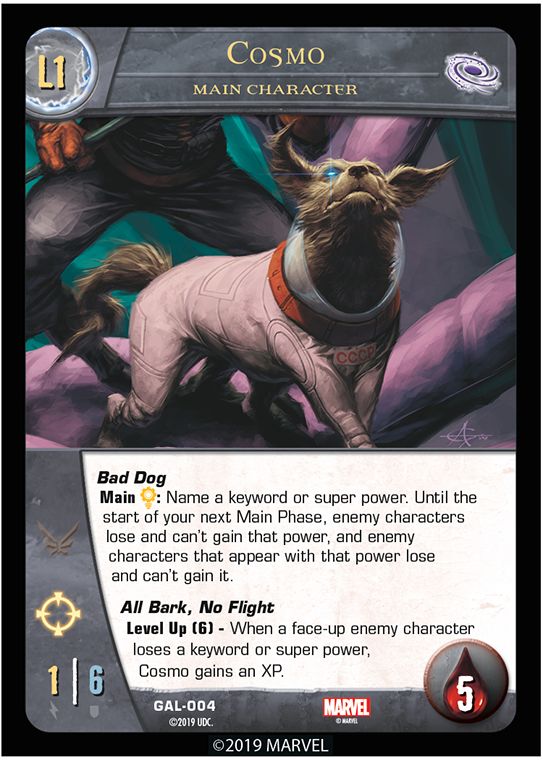 All Bark, No Flight (I love my job) grants 1 XP for each instance of the power lost. And remember that

are keywords too! Also, Cosmo won’t get XP when stunned enemies lose their powers when they turn face down. Here’s what he’s aiming for: 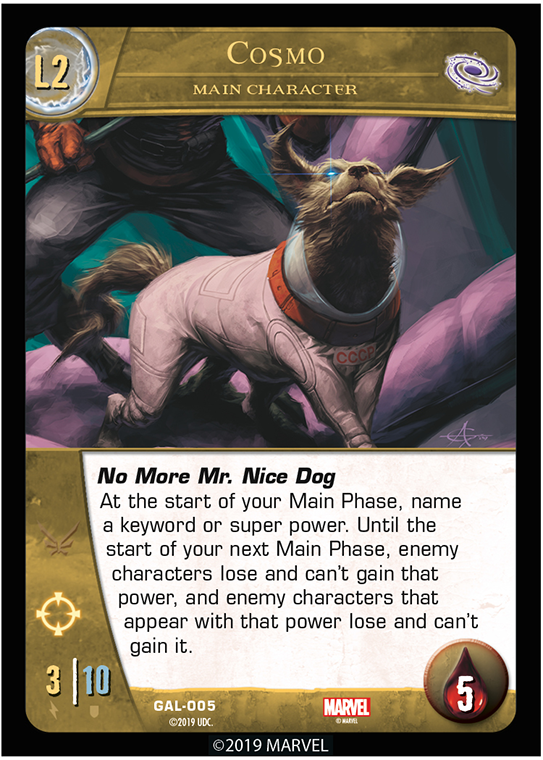 We hope you enjoyed our look at some of the amazing creatures in the galaxy! Join us next time when we look at more mechanically (and divinely) inclined cards!