Vs. System 2PCG – Featured Formats for Spring and Summer 2019 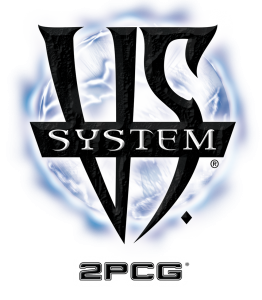 Introducing the Spring and Summer 2019 Featured Formats for Vs. System® 2PCG®!

In September 2018, we announced the start of a new era for the Vs. System® 2PCG® – Featured Formats (read that article here). That announcement included the first two seasons’ Featured Formats – Fall 2018 and Winter 2019 — which will carry us through March 2019. Today, we are excited to announce the next two Featured Formats – for the Spring and Summer 2019 Seasons – which will last through September 2019.  All tournaments sanctioned by Upper Deck will use these formats, including the main events at: 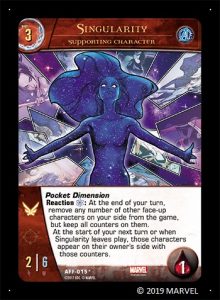 The multiverse is shrinking! There can be only one of each timeline!

Rules: You may only have one copy of each character, equipment, and plot twist card in your deck.

Featured Format #4: Children of the Atom 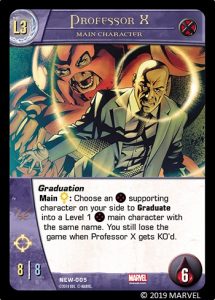 Mutants are everywhere! Will you fight for them, or against them?

Rules: Your main character must be from the

, or either of the two new teams featured in the Children of the Atom Arc scheduled for release in May (200 card The Utopia Battles), June (55 card Resistance expansion), and July (55 card H.A.M.M.E.R. expansion).

Main Characters from the above teams can be found in the following sets:

The rest of your deck can be any Illustrated Universe cards.

The new Arc’s teams and cards will be announced soon!

Well there they are, in all their glory – two new formats! We hope you are excited to start thinking about these formats, and we look forward to seeing you this spring and summer!