The 2018-19 Game Dated Moments Rookie of the Month – January Achievement is Now Live on e-Pack!

Collectors who redeem a complete 2018-19 Game Dated Moments – January set on Upper Deck e-Pack™ and elect to redeem them for this Rookie of the Month Achievement – January card will have that achievement card added to their e-Pack collection, with the ability to have the physical card mailed to them.

The new Phenom between the pipes in Philadelphia, Carter Hart, is named the NHL® Rookie of the Month for January after cementing himself as the standard amongst rookie goalies after bursting onto the scene turning away a league leading 283 shots while posting 2.33 GAA and a .931 SV% during the course of the month. Hart capped off the month by anchoring a 5-game win streak for the Flyers, making him only the 10th goalie, and the first since Carey Price, to have such a streak before their 21st birthday. Scorers be warned, there’s a new Hart of the city in Philadelphia, and he’s got no brotherly love for you. 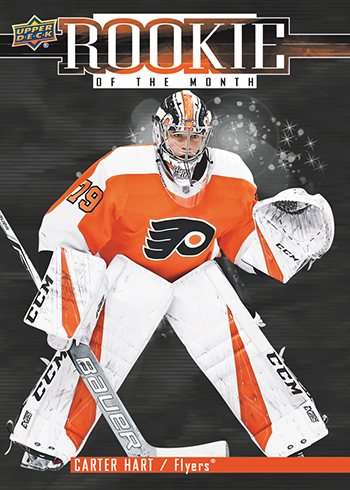 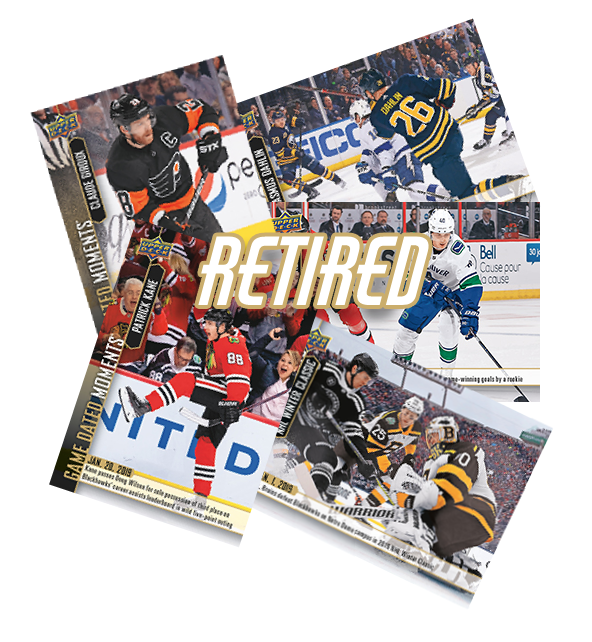 * Game Dated Moments Rookie of the Month Achievement – January cards may be shipped or transferred to a linked COMC account. However, this option will not be enabled until 3-4 weeks after the achievement has been pushed live on the site. If you have this Game Dated Moments achievement card in your collection on e-Pack when the option to be shipped has been enabled, you will receive an e-mail from e-Pack alerting you.