To unlock and purchase these packs, simply add any available hockey trading card product on e-Pack to your cart.* This week’s pack of 2018-19 Game Dated Moments cards will be available for purchase in the Upper Deck e-Pack® Store until 3/1/2019 at 8:59 am (PST). 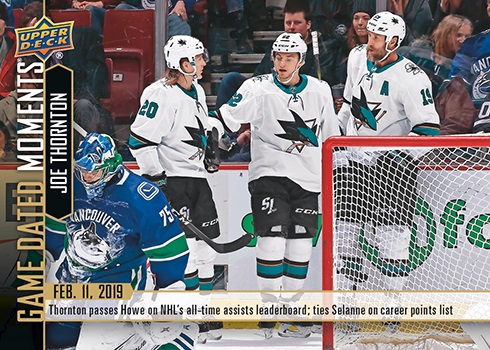 Kris Letang cements his spot in Pittsburgh Penguins history, as he nets a late game goal with 13 seconds left to pass hall of famer, Paul Coffey, for the top spot on the franchise list for goals scored by a defenseman en route to a 4-1 win in this latest rendition. 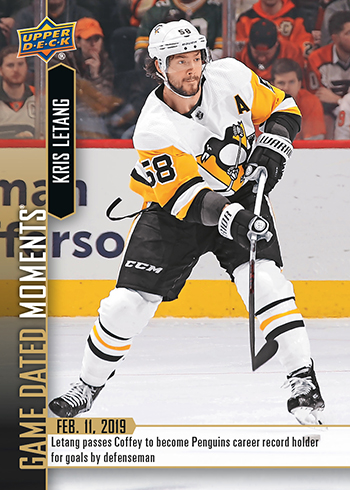 Ovechkin secures a league record 8th season of being the first-to-40 goals and 10th season of scoring 40+ goals, putting him in rarified air as he joins only Dionne, Gretzky, and Lemieux as players who have notched 10 or more seasons of 40+ goals in league history. 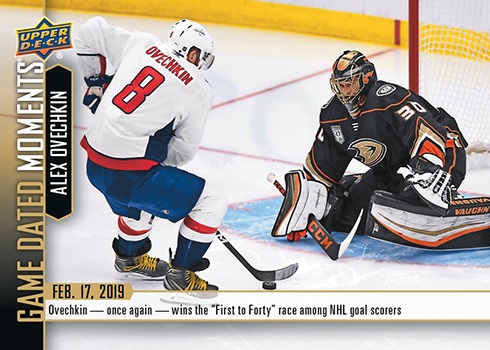 Michigan native, Ryan Miller, fittingly choose Hockey Day in America to grab his 375th win, moving ahead of another Michigan born goalie, John Vanbiesbrouck, to take the red, white, and blue crown as the winningest American born goalie, as the Ducks cruise to a commanding 5-2 victory over the Caps. 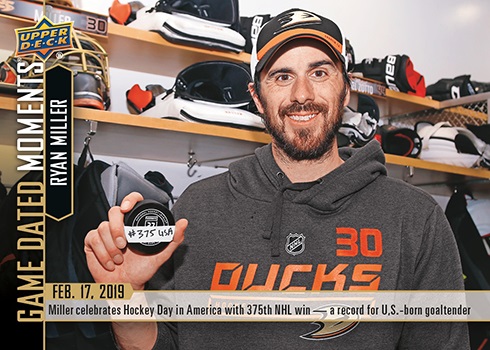 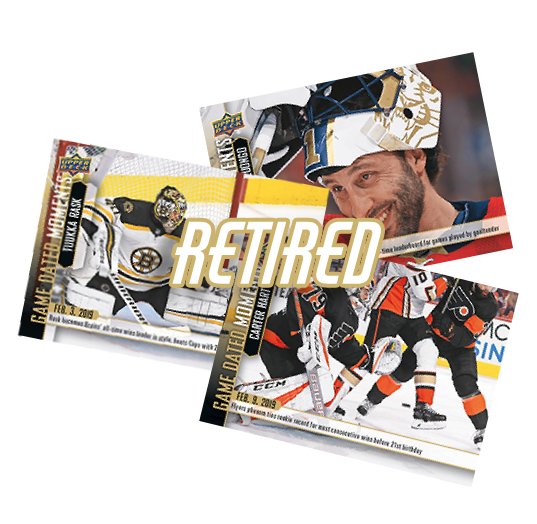