To unlock and purchase these packs, simply add any available hockey trading card product on e-Pack to your cart.* This week’s pack of 2018-19 Game Dated Moments cards will be available for purchase in the Upper Deck e-Pack™ Store until 2/22/2019 at 8:59 am (PST).

To open up the scoring of an eventual 3-2 win over the visiting Canucks, Ovechkin grabs a secondary assist off of Oshie’s rocket to the back of the net to move Washington’s Captain past hockey legend, Sergei Fedorov, for the #1 spot on the all-time scoring list amongst Russian born players with 1,180 points in his career. 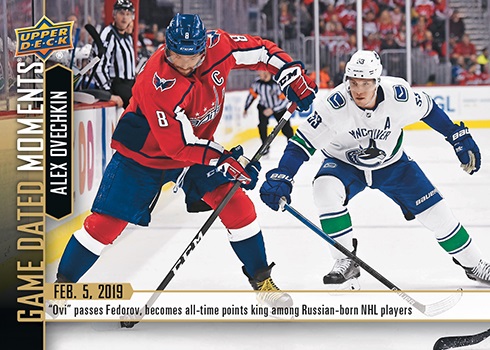 With each game in a Penguin’s uniform, the current Steel City Captain seems to finds himself breaking a new franchise record as he passes one of Pittsburgh’s all-time legends, Mario Lemieux, for the top spot on the career games played list for the Pens after skating in his 916th game in black and yellow.

*Image not shown, check out the Trading Marketplace to see images of all cards from this week of Game Dated Moments

The talk of the Flyer’s fandom, Carter Hart, continues his scorching hot start as the net patroller for Philadelphia after winning 8 games in a row, tying the rookie record for most consecutive wins before turning 21, as he continues to prove himself and sets his sights set on a big month of February after securing Rookie of the Month honors in January. 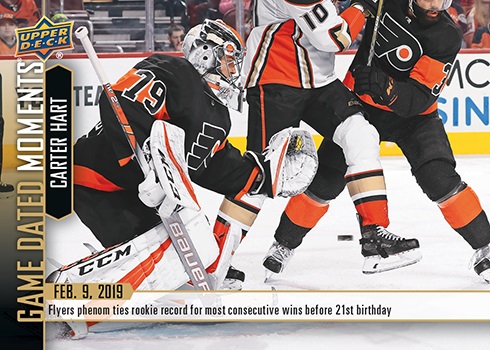 After appearing in his 1,030th game, Roberto Luongo moves into 2nd place on the all-time games played list for goalies when he checked into the Panther’s game at the end of the second period, leapfrogging Patrick Roy and now sitting behind only Martin Brodeur for the top spot. 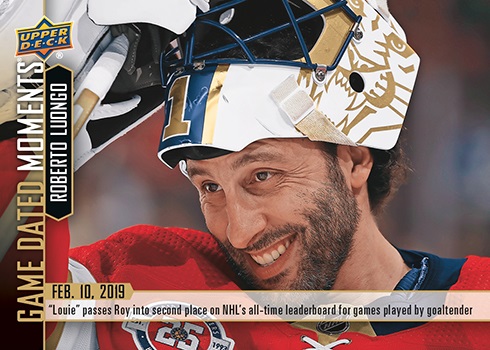 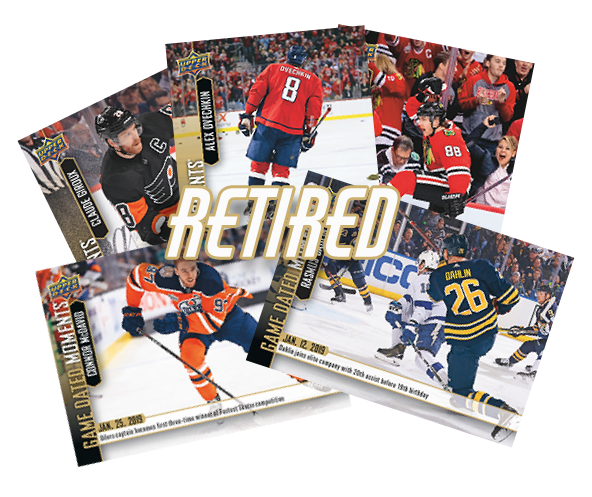 Product depicted for demonstration purposes only and is subject to change without further notice. © NHL © NHLPA