Rookies on the Radar: Elias Pettersson of the Vancouver Canucks

The 2018-19 NHL® season is well under way and its freshman class is already making a big impression with collectors throughout the world. As we approach the half-way mark, one rookie stands out from the rest of the pack and that is Elias Pettersson of the Vancouver Canucks. 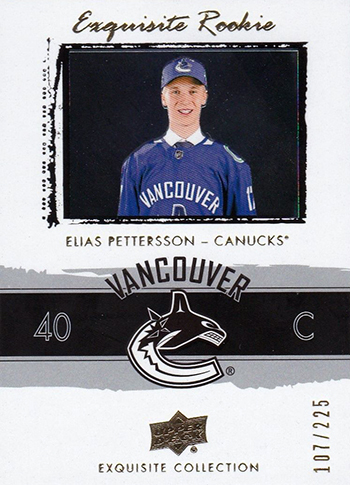 Named the league’s Rookie of the Month for October and December, he has been off to an incredible start and he is already on the radar of collectors in the Vancouver area and beyond. While it is certain that will be a finalist for the Calder Trophy as Rookie of the Year, here are some additional reasons why you should be picking up his cards:

The first cards of Pettersson in his Canucks uniform have started to arrive in the hands of collectors thanks to 2018-19 NHL Upper Deck Series One and they rank among the hottest in the hobby right now. In addition to his standard Young Guns card, he also shares the subset’s checklist with 2018 first overall draft pick Rasmus Dahlin of the Buffalo Sabres. Both of these cards have Exclusives (/100) and High Gloss (/10) parallels in addition to Clear Cut versions printed on PETG stock. The regular Young Guns card also has an oversized edition which can potentially pulled in specially-marked retail blasters. 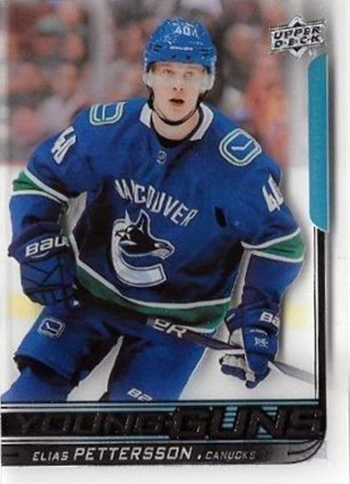 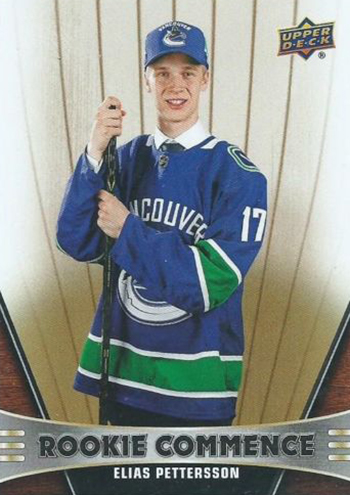 As the 2018-19 campaign progresses, there will be plenty of opportunities to track down many more Pettersson cards in brands such as Black Diamond, Exquisite, Parkhurst and more. 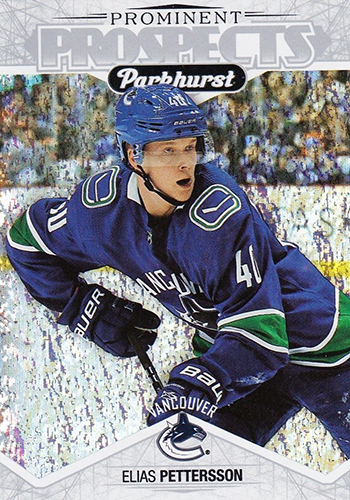 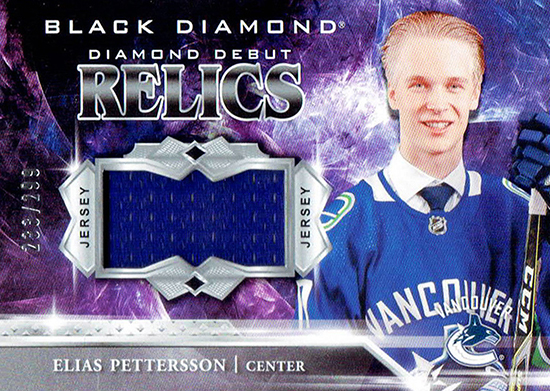 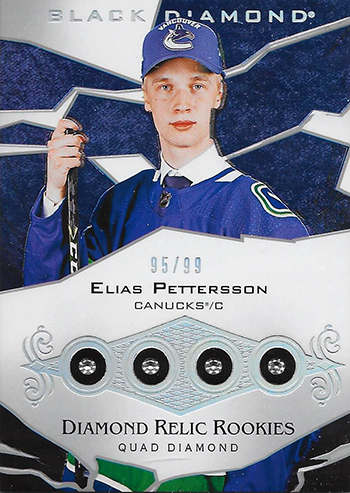 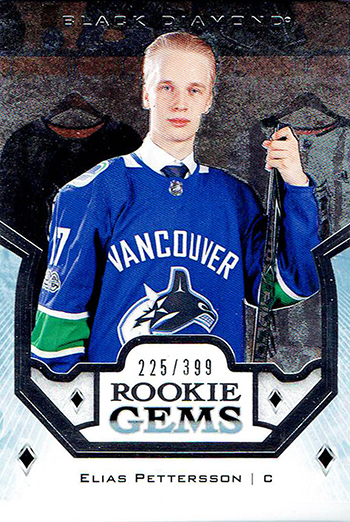 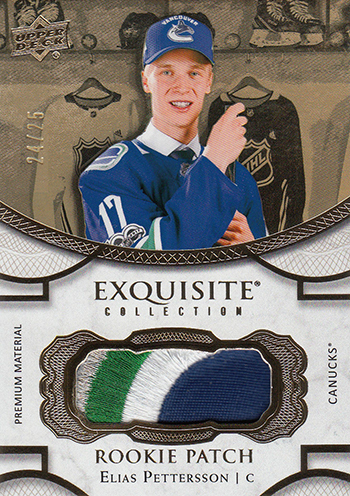 Pettersson has also been featured on several Upper Deck Game Dated Moments cards that are available exclusively on UpperDeckePack.com. 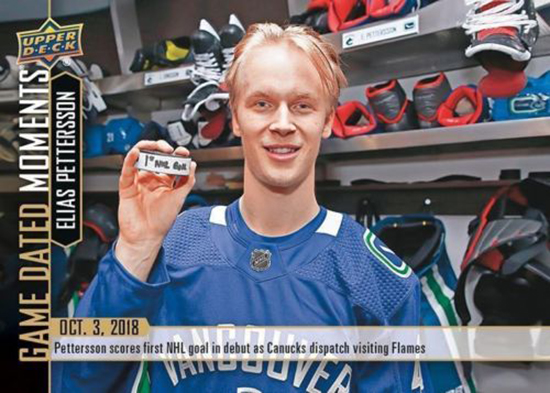 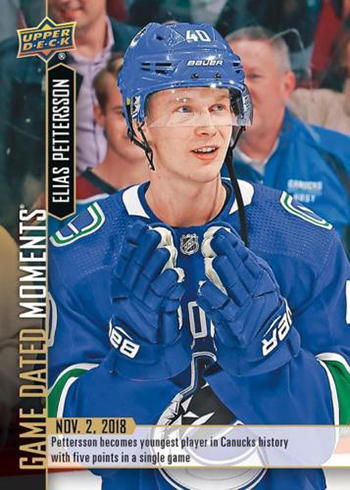 He has also earned two Rookie of the Month e-Pack achievement cards for fans who have completed the entire Game Dated Moments sets for those months. 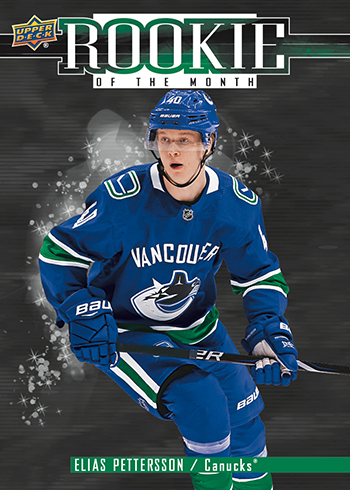 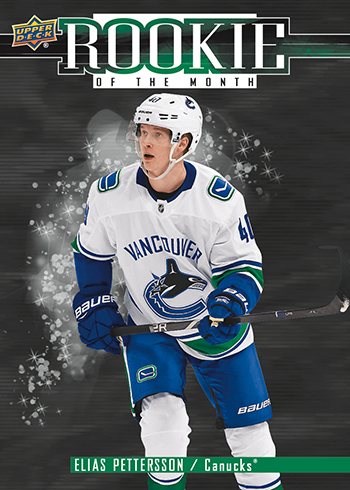 Collectors and dealers both love seeing his cards pulled and take to social media to share these hits! 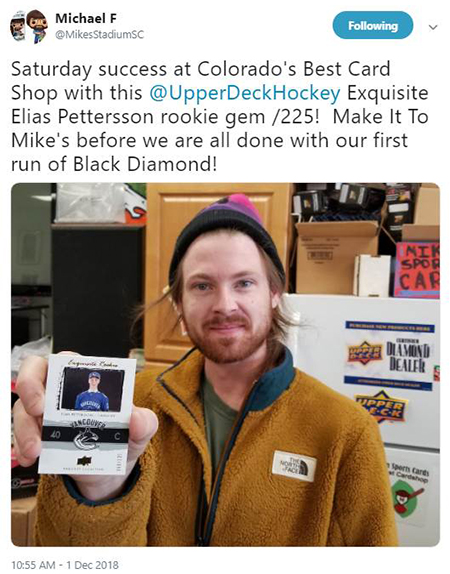 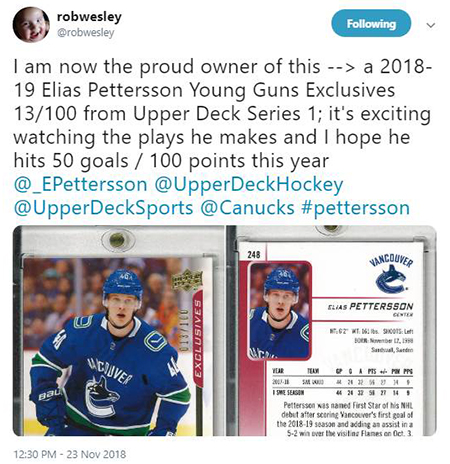 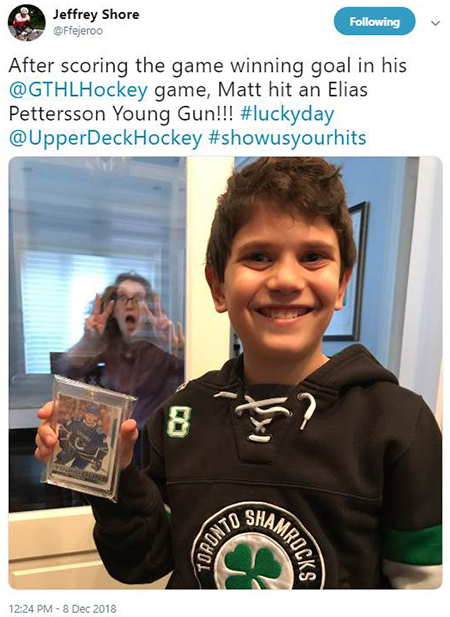 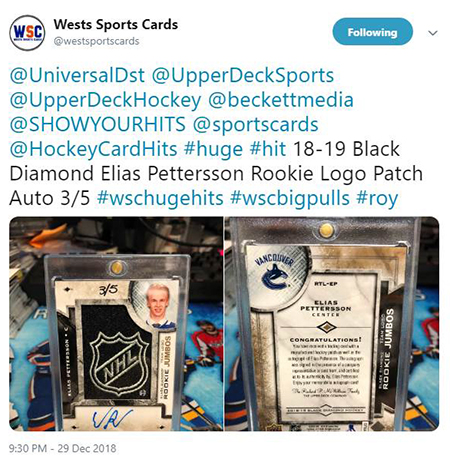 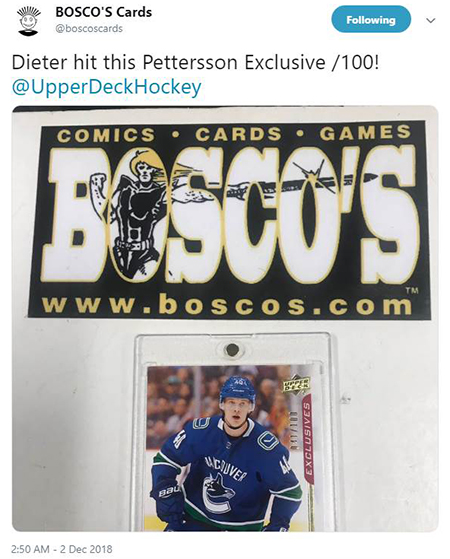 Soon collectors will find more Pettersson content in Upper Deck NHL products like Trilogy, SP Game Used, and SPx. Some of these will have autographs or memorabilia, so now is as good a time as any to start a collection of this rising young star. 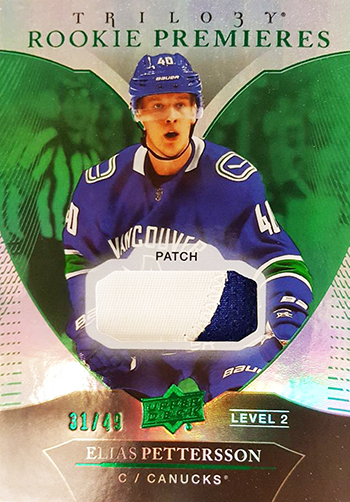 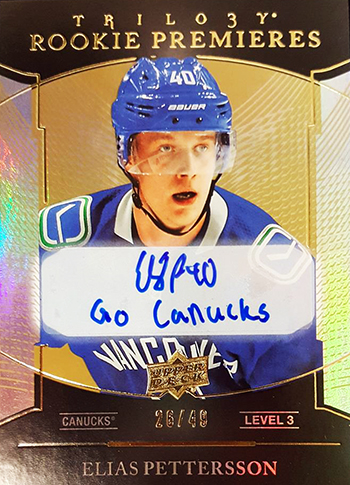