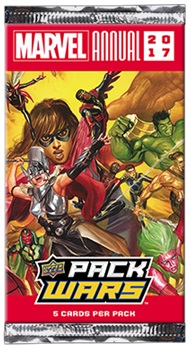 Upper Deck e-Pack™ is proud to introduce this all-new and exciting Pack Wars program with 2017 Marvel Annual. Upper Deck has brought together this classic card shop game with our growing e-Pack platform to create a fun and unique way for collectors to rip packs and win!

Pack Wars packs will be exclusively available on e-Pack and can only be opened by battling other collectors or CPU opponents.

2017 Marvel Annual Pack Wars packs can only be purchased in 5-pack bundles on e-Pack, and feature the following:

For more information regarding Pack Wars check out the FAQ and TUTORIALS pages.

The following insert sets are included in the pool of award cards which will be randomly awarded to the winner at the end of each 2017 Marvel Annual Pack Wars match on Upper Deck e-Pack™!

This insert set from 2017 Marvel Annual pays homage to fallen Marvel characters from Marvel publishing in 2017. 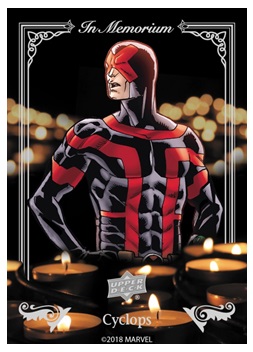 This insert set from 2017 Marvel Annual highlights a fresh crop of Heroes who made their debut in Marvel publishing in 2017. 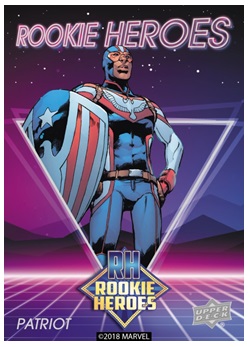 This insert from 2017 Marvel Annual outlines some fan favorite comic covers featured in the prominent “Secret Empire” story arc from Marvel publishing in 2017. 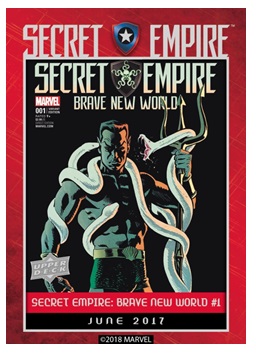 The following award cards can only be acquired by collectors who compete in and win their 2017 Marvel Annual Pack Wars matches on Upper Deck e-Pack. 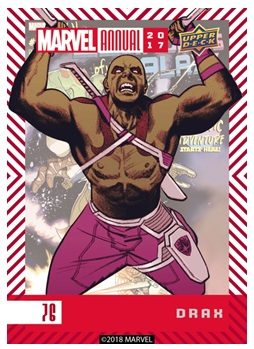 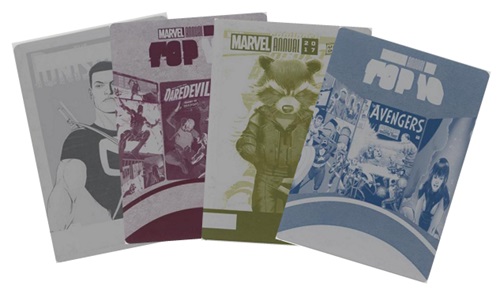 COMBINE CARDS TO GET EXCLUSIVE PARALLELS

Collect and combine 5 copies of any individual 2017 Marvel Annual Pack Wars exclusive Red Parallel card (#1-100) on Upper Deck e-Pack™ to receive an e-Pack exclusive Gold Foil parallel of that card with the ability to have the physical card mailed to you. 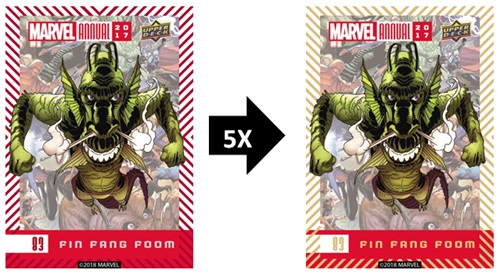 Head to the STORE to get your 2017 Marvel Annual Pack Wars packs now!

Due to third party restrictions, Marvel products can only be purchased on e-Pack by users residing in the Approved Territories, and Marvel trading cards shipped from the e-Pack website can only be shipped to addresses within the Approved Territories. The approved territories are: Australia, Canada, China, Cook Islands, French Polynesia, Hong Kong, New Zealand, Philippines, Pitcairn Islands, Taiwan, United States and its territories and possessions, and Western Samoa.