Vs System 2PCG: The Buffy Battles Preview – The Scoobies

A slayer is supposed to stand alone against the forces of darkness. But one thing that makes Buffy special is her friends.

Let’s start with Xander, the heart and comic relief of the team: 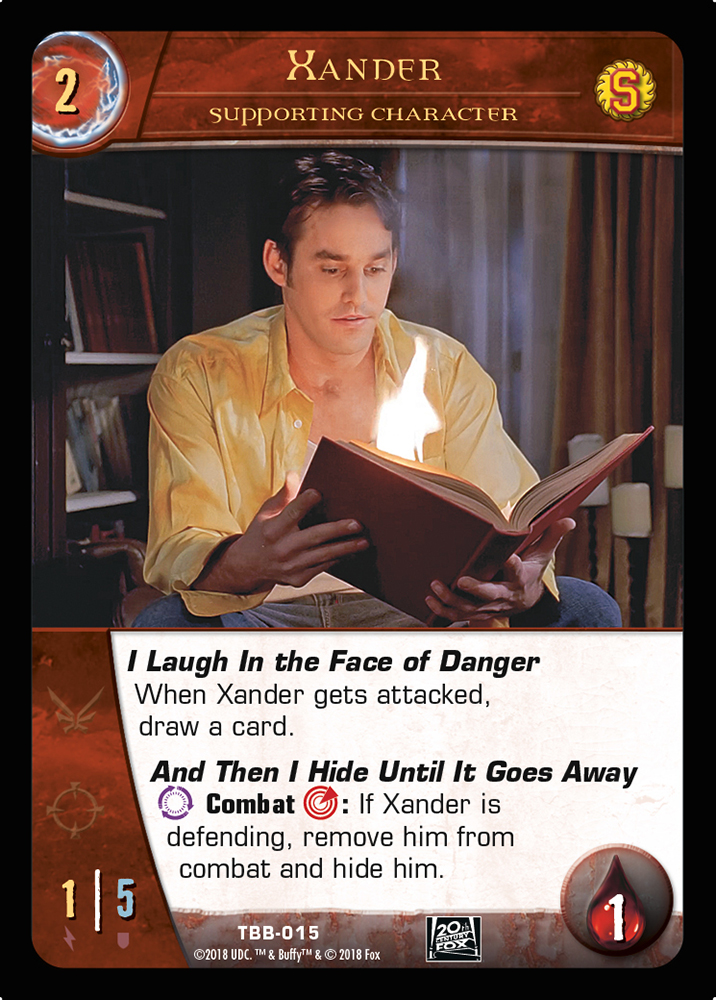 A quick refresher on “hide” – To hide a character, turn it face down but in the ready orientation. Remove all +1/+1 and -1/-1 counters from it. A hidden character doesn’t count as being stunned but it can’t attack or defend, or protect anyone behind it, and it loses its powers.

Next up is Cordelia, Buffy’s original frenemy: 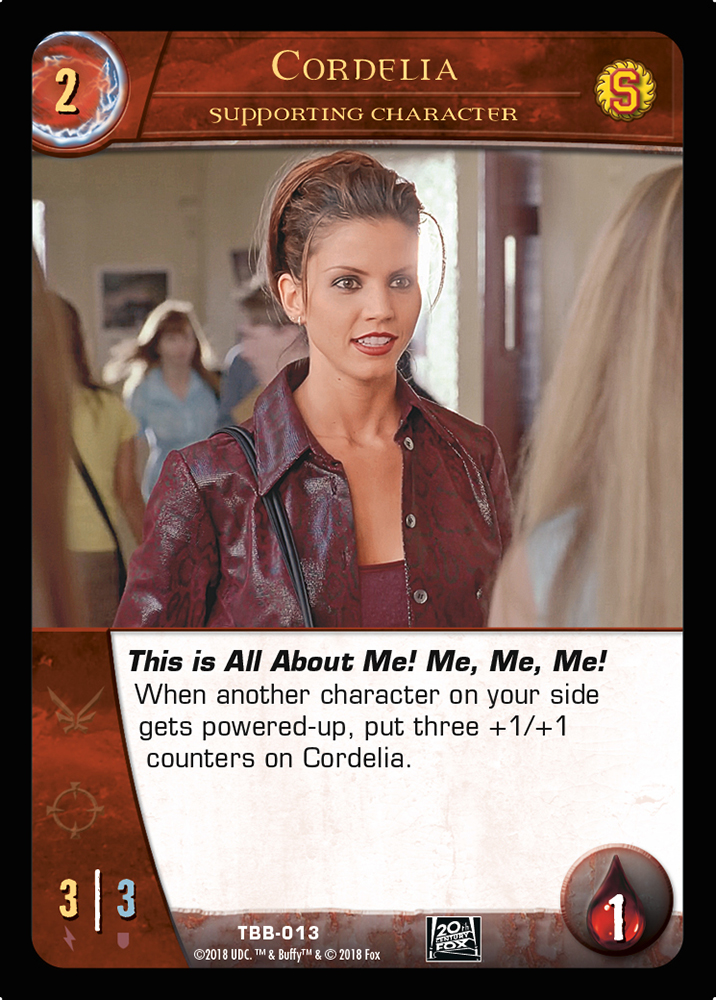 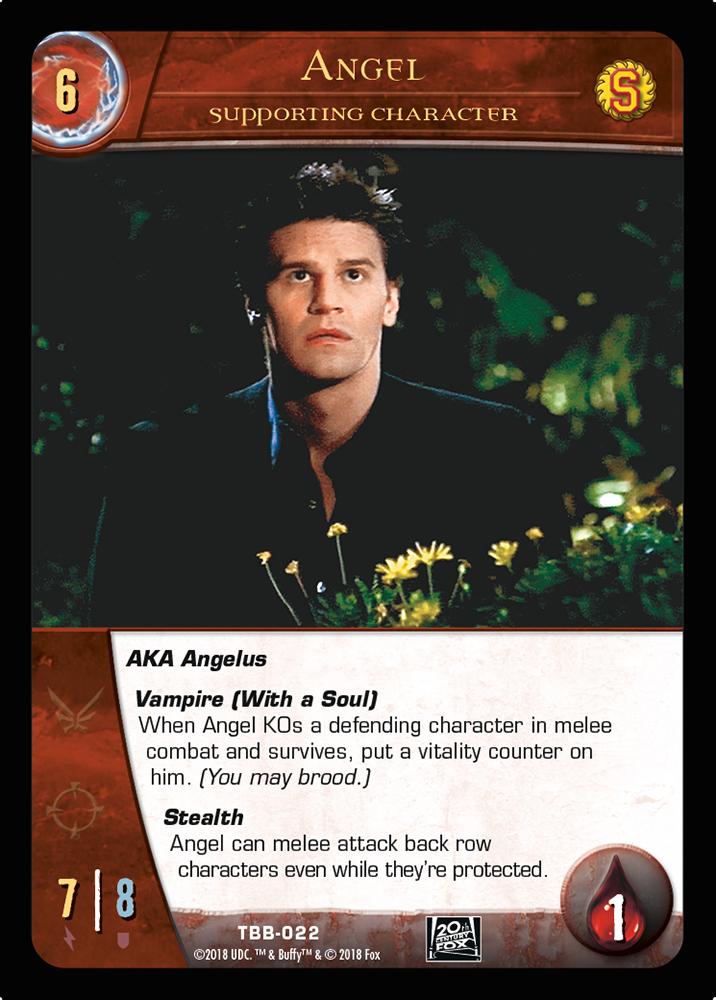 Angel does count as a Vampire even though he has a soul.

Just keep in mind if he team attacks with a Slayer, you’ll have to choose between KOing the defender (so Angel can gain a Vitality counter) and removing the them from the game.

It’s like the old saying: “You can either drink someone’s blood or turn them to dust, but not both.” 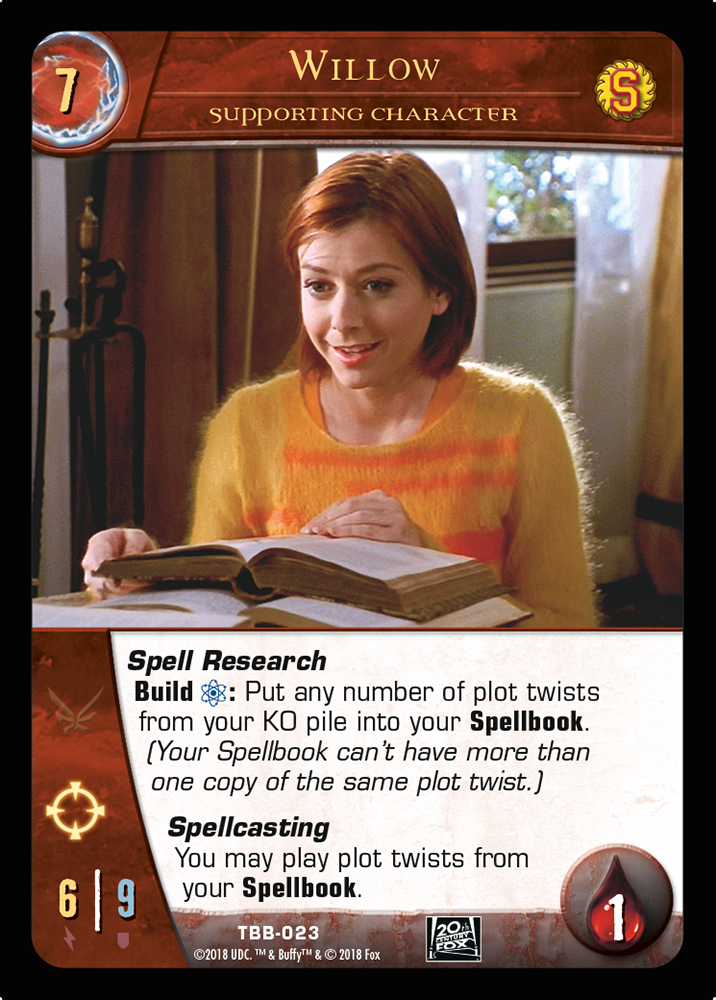 Willow’s Spell Research power puts plot twists into a special removed from game pile called your Spellbook. Your Spellbook can’t have more than one copy of the same plot twist.

Willow’s Spellcasting power lets you play plot twists from your Spellbook, putting them into your KO pile when they resolve.

If Willow gets KO’d or otherwise is no longer on your side, you won’t be able to access your Spellbook. However, if you play another copy of Willow, you’ll be able to use your Spellbook again.

Angel isn’t the only vampire Buffy had feelings for: 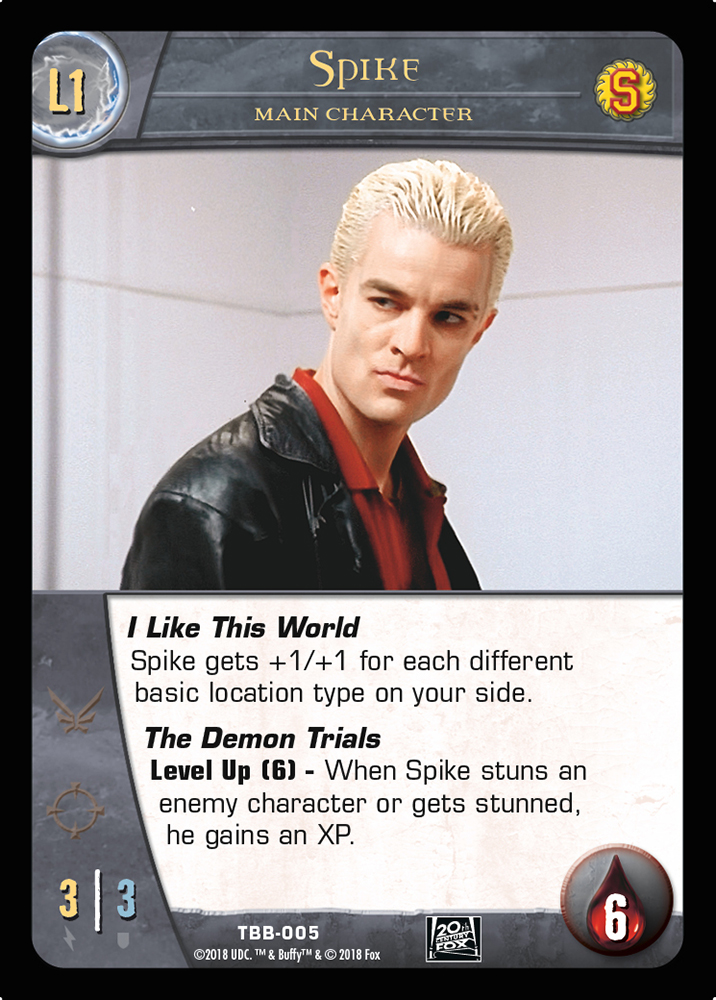 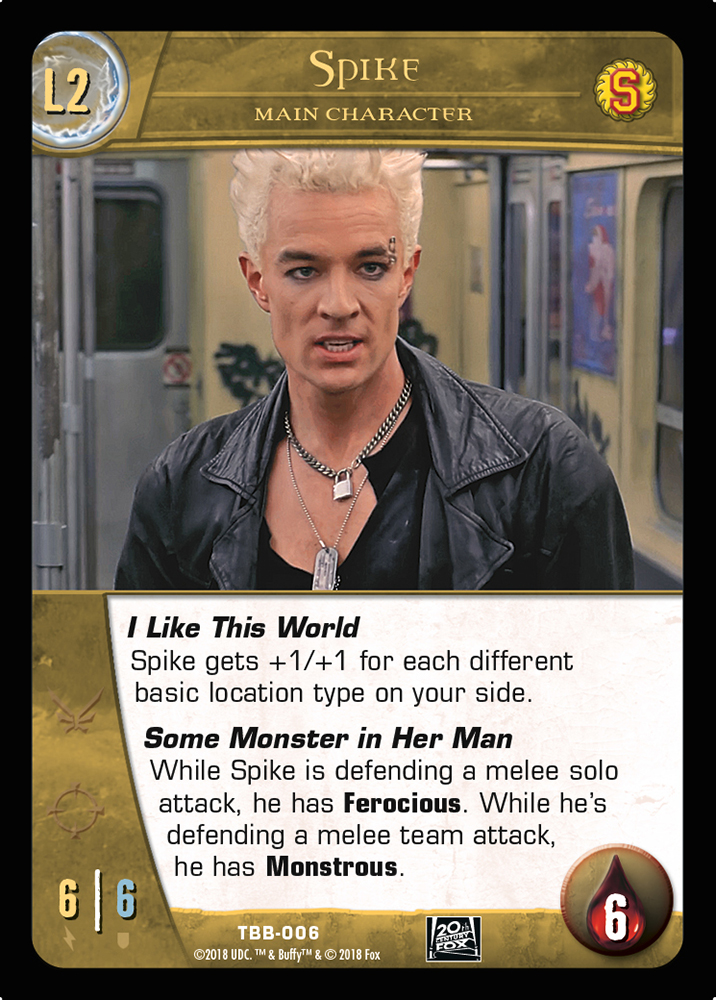 Love can come from unexpected places. But with our final preview, you can play matchmaker with whoever you like: 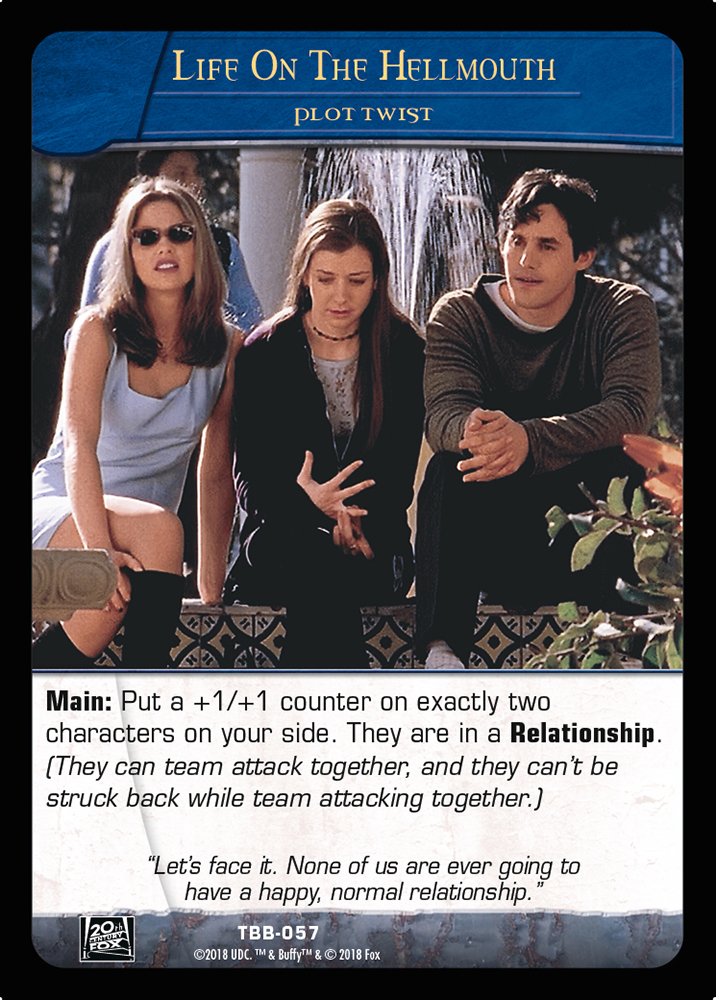 We hope you enjoyed the Vs 2PCG: Buffy Battles previews. It’s available in stores November 14th!