Hank Pym, the original Ant-Man, has always had a giant ego to match his genius intellect. In a fit of hubris, he created the powerful robotic intelligence “Ultron.” Ultron secretly upgraded itself again and again until it overcame Ant-Man and broke free. Ultron eventually built massive legions of robotic soldiers, threatening the world repeatedly and upgrading into a stronger form each time. 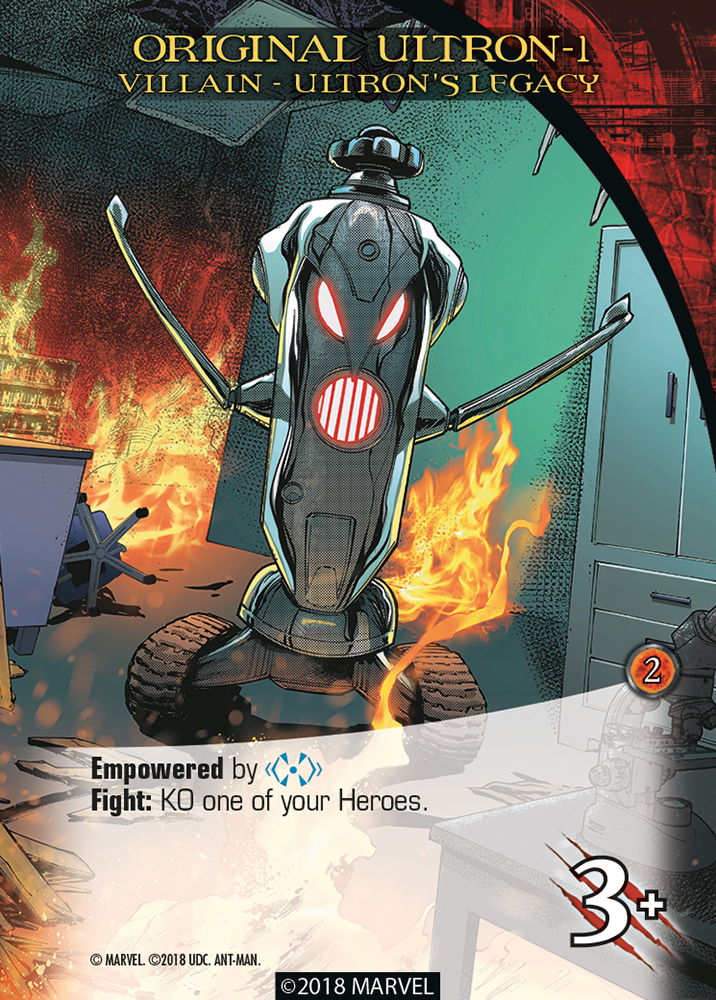 Isolated, Ultron built himself a robotic bride named Jocasta, forcing Ant-Man to adapt a variant of Wasp’s brainwaves into the robot. Jocasta later broke free, becoming an Avenger in her own right with her powerful intellect and electromagnetic energies. 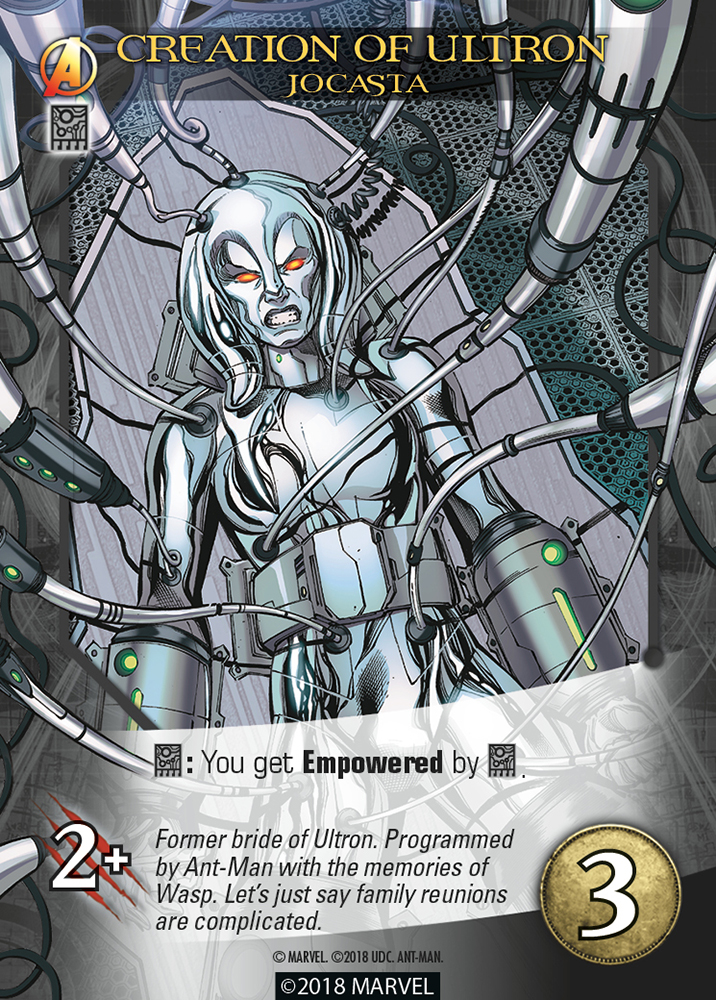 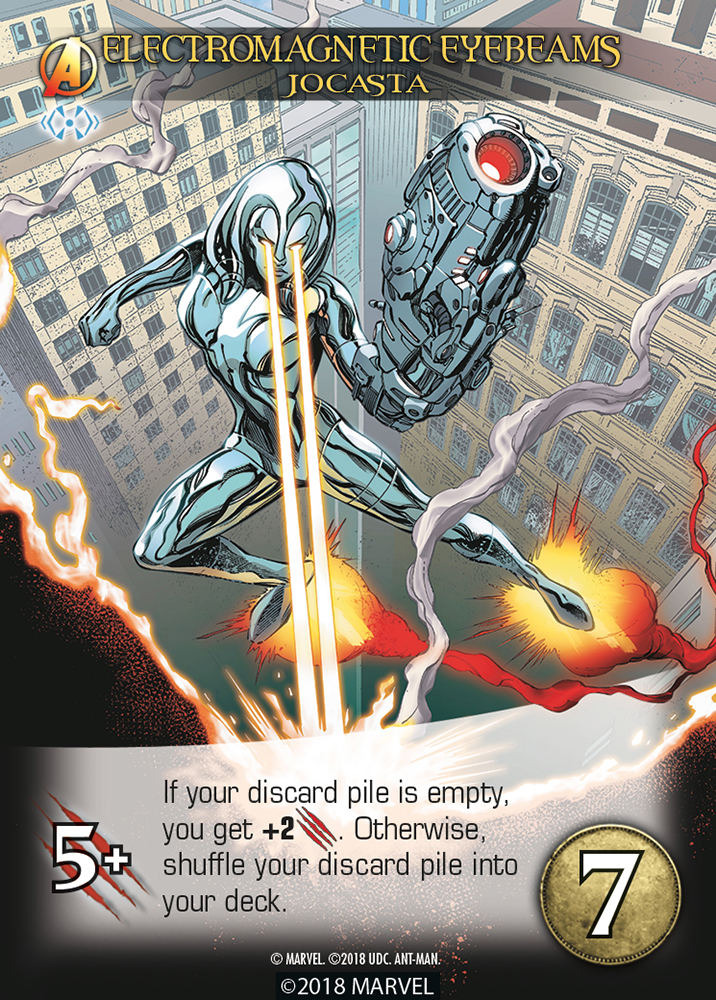 The Empowered keyword represents Heroes and Villains who draw power from ambient energy, technology, or superpowers around them. 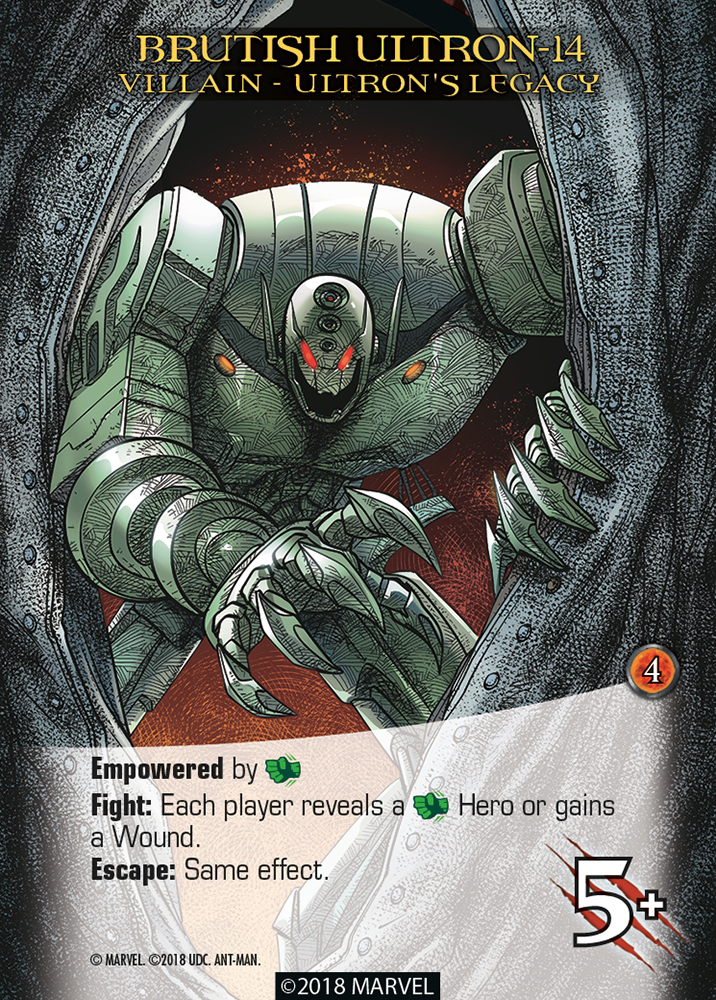 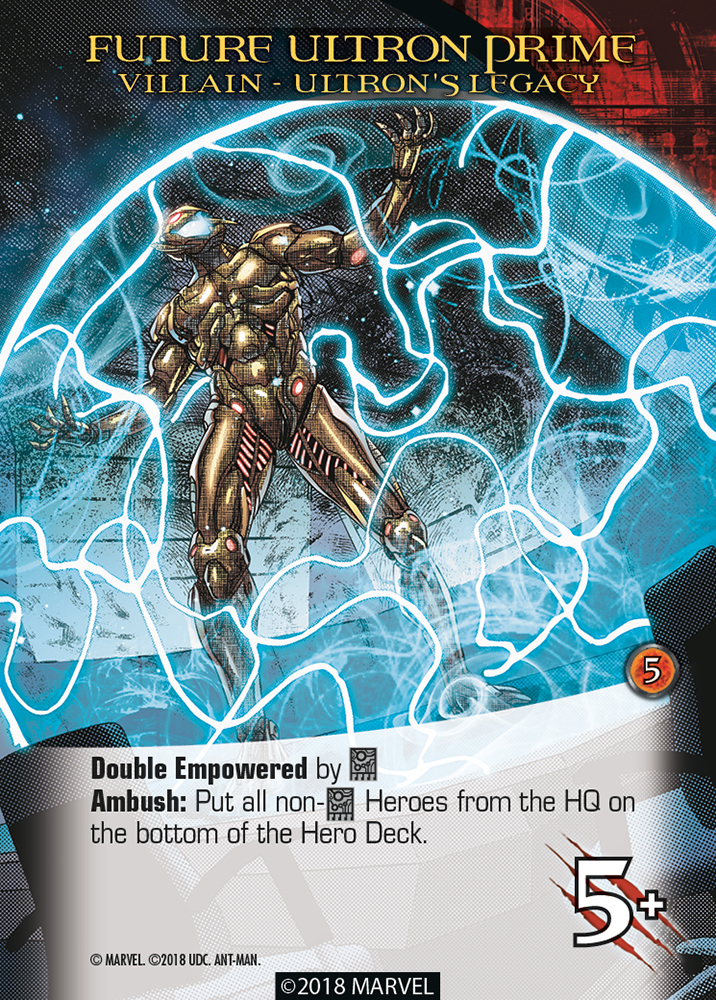 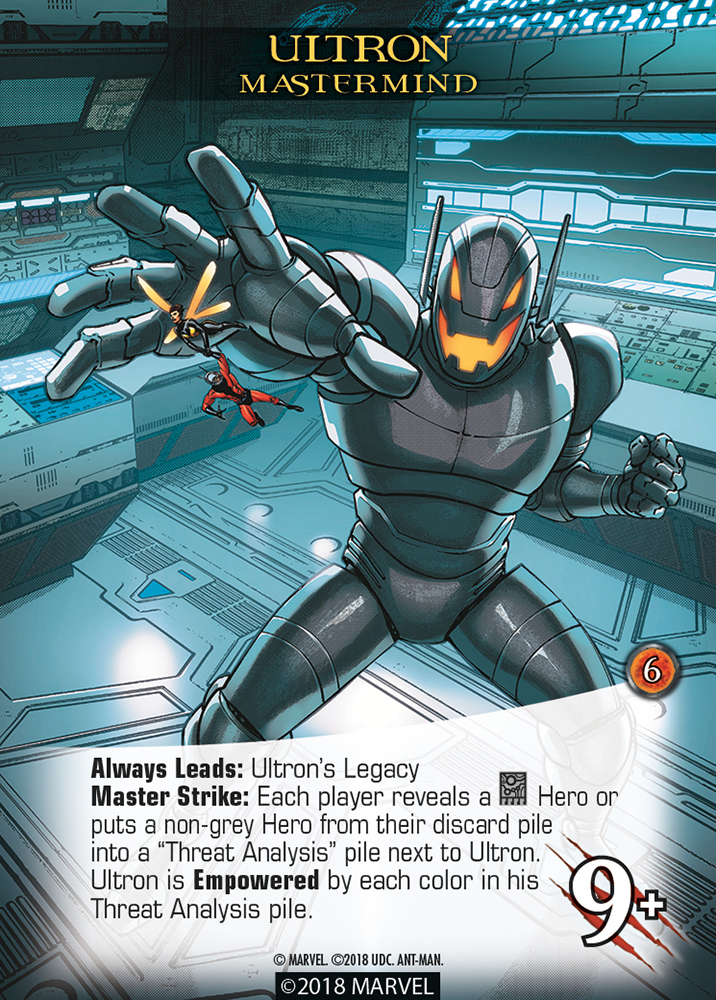 This Mastermind’s abilities put Heroes into a “Threat Analysis” pile. He says “Ultron is Empowered by each color in his Threat Analysis pile.” This means he gets +1

for each card in the HQ that matches any color among all the cards in his pile. It doesn’t matter whether he has one

cards in his pile – either way he gets +1

card in the HQ. 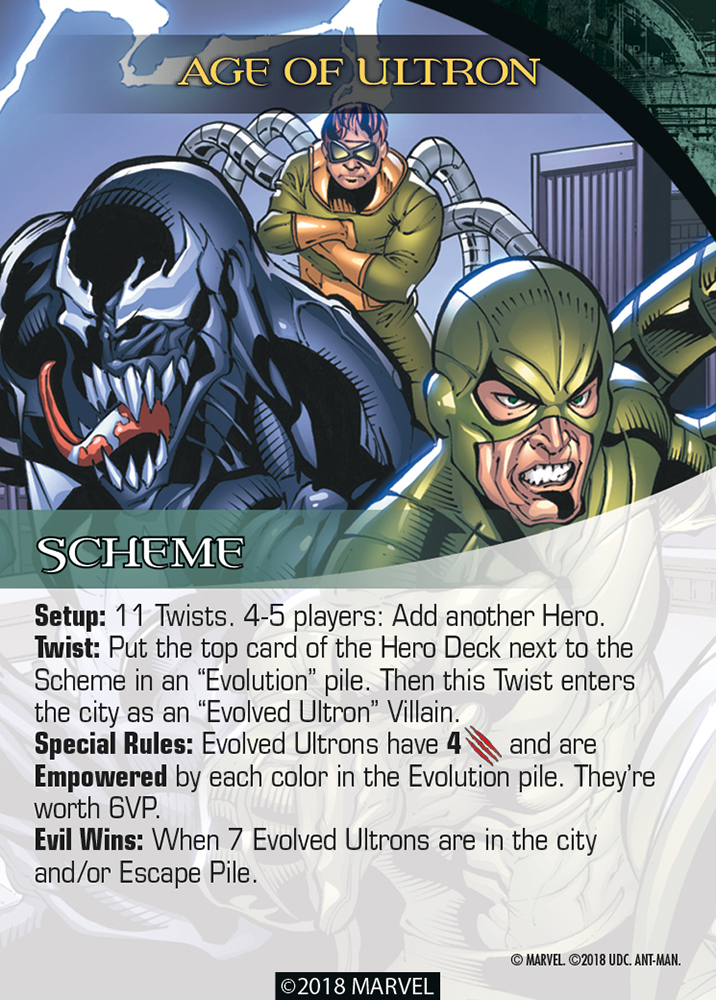 Join us next time for another reality-bending adventure.