In another reality-bending adventure, the Arthurian sorceress Morgan le Fay pulled the Avengers into an alternate Earth. There, she twisted their minds into medieval identities as her “Queen’s Vengeance.” 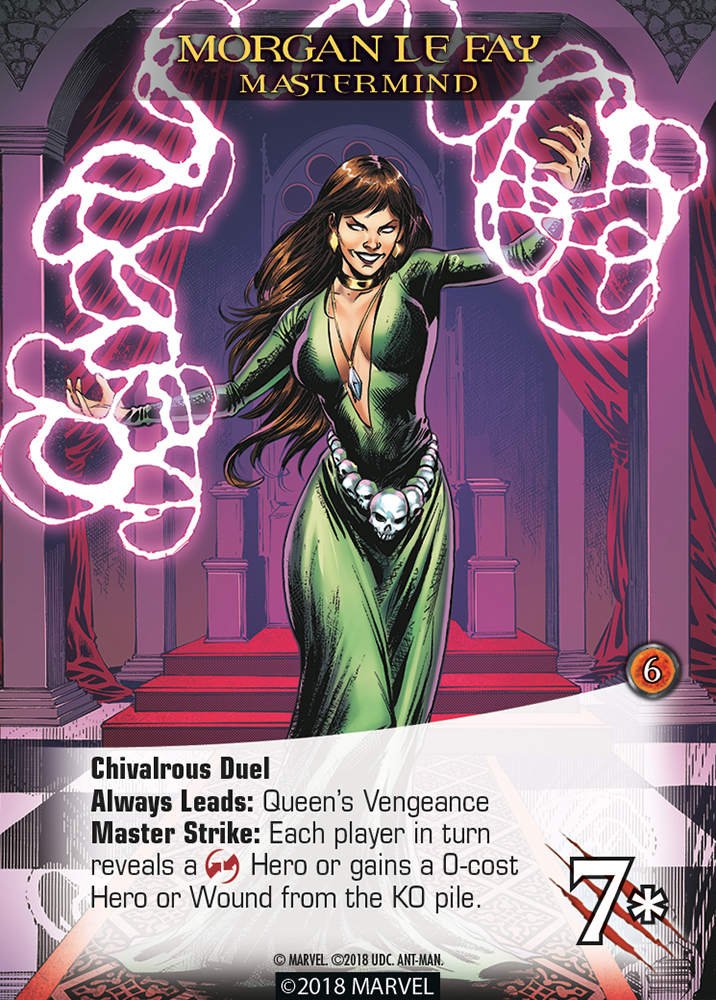 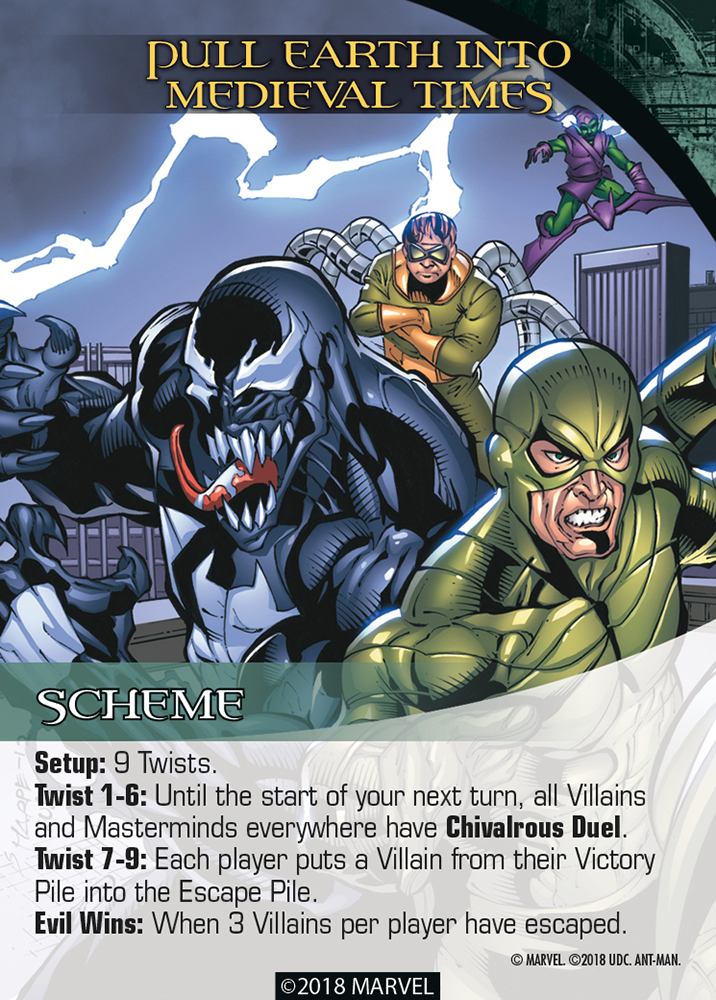 Chivalrous Duel represents how Morgan le Fay and the knights of her “Queen’s Vengeance” hail from a realm of honorable single combat. You can’t gang up on an enemy in a Chivalrous Duel – you have to pick just one Hero Name to duel the enemy. 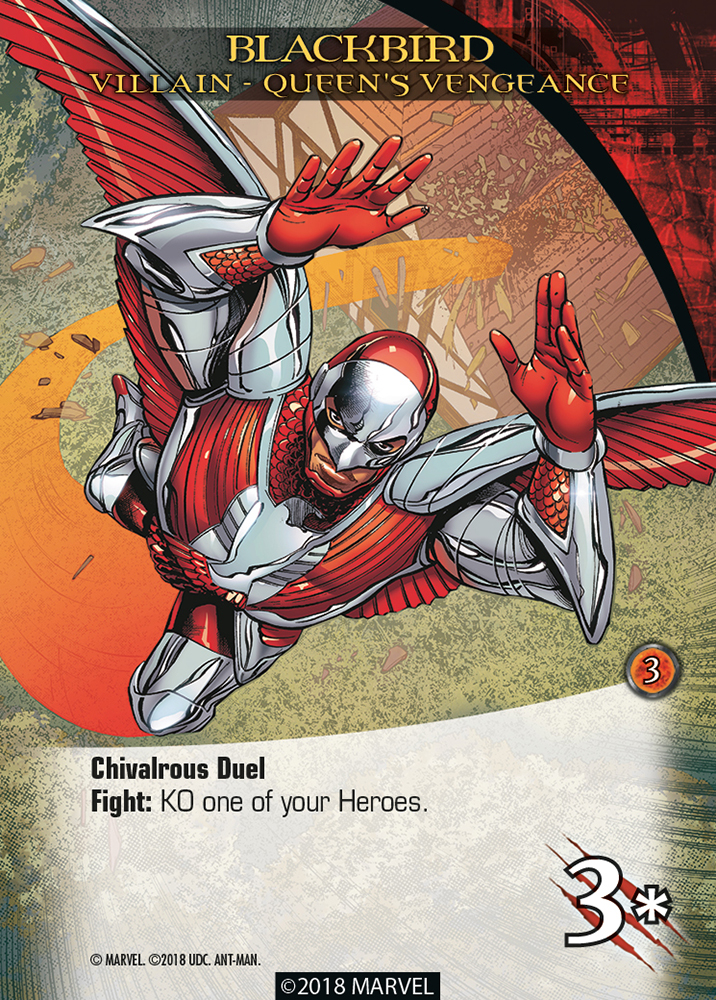 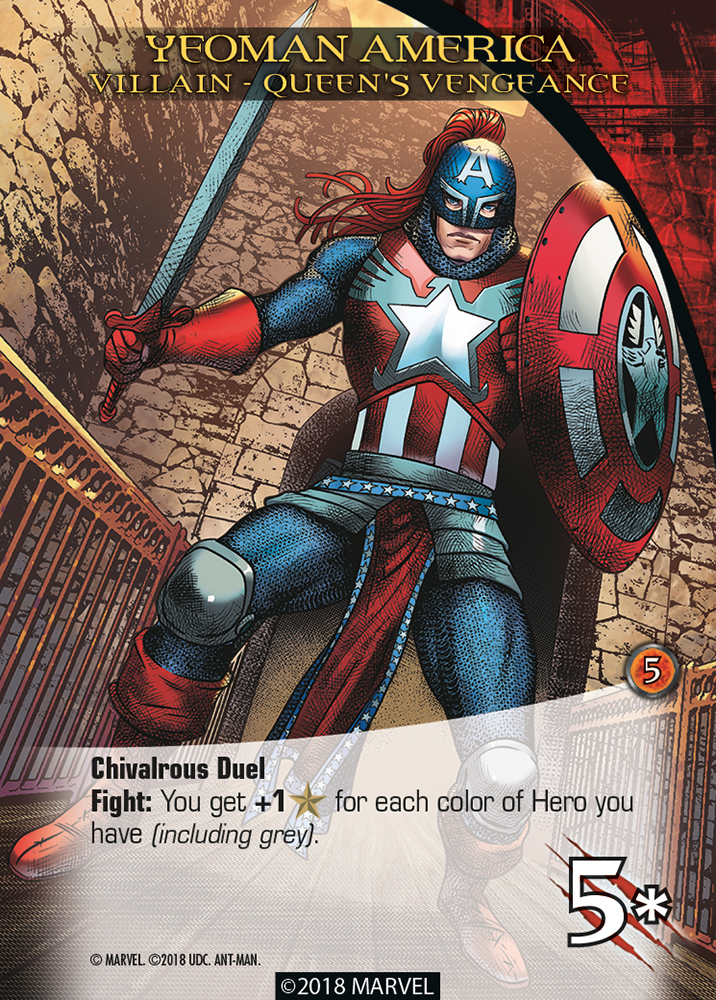 In this land of chivalry, the Villain-turned-Avenger Black Knight felt right at home. 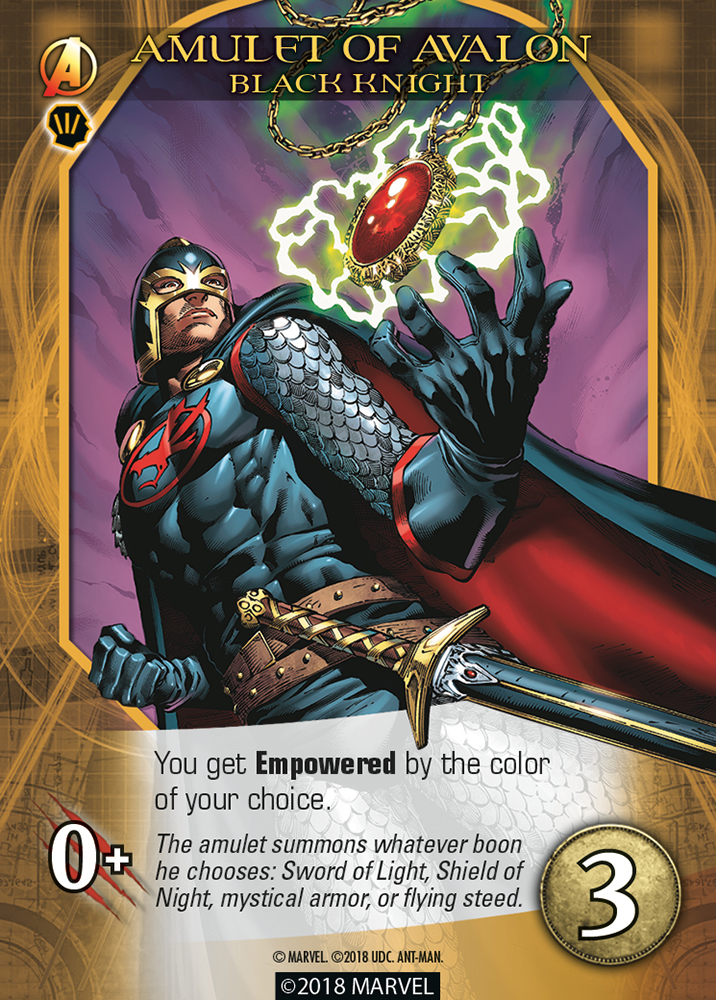 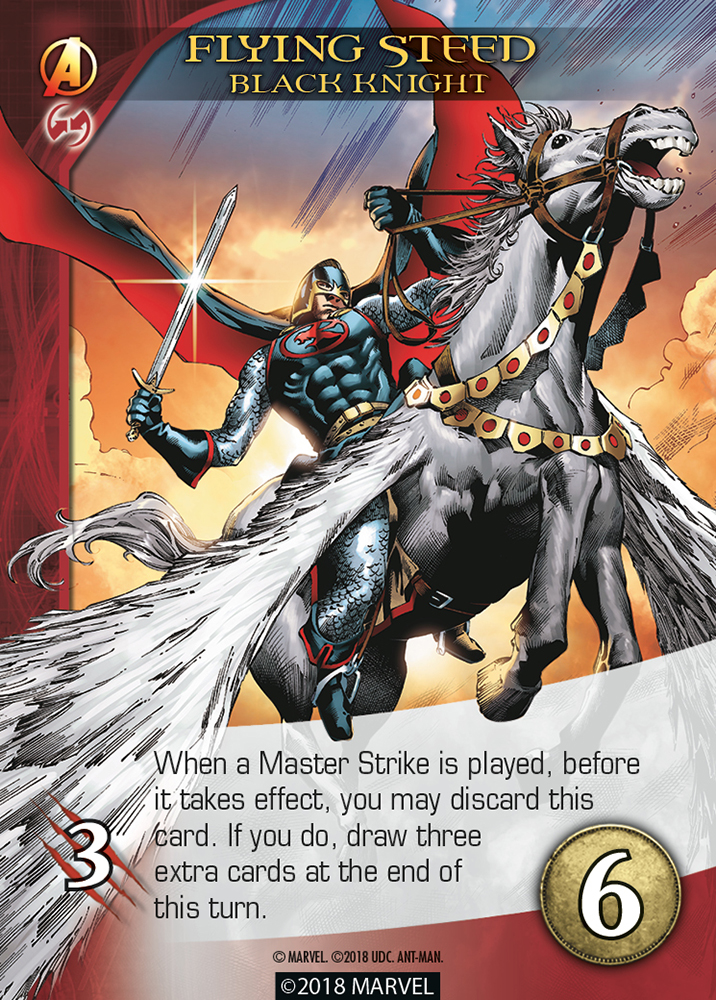 Ultimately, it was the Avenger Wonder Man who broke them free, channeling his ionic energies to break Morgan le Fay’s spell. 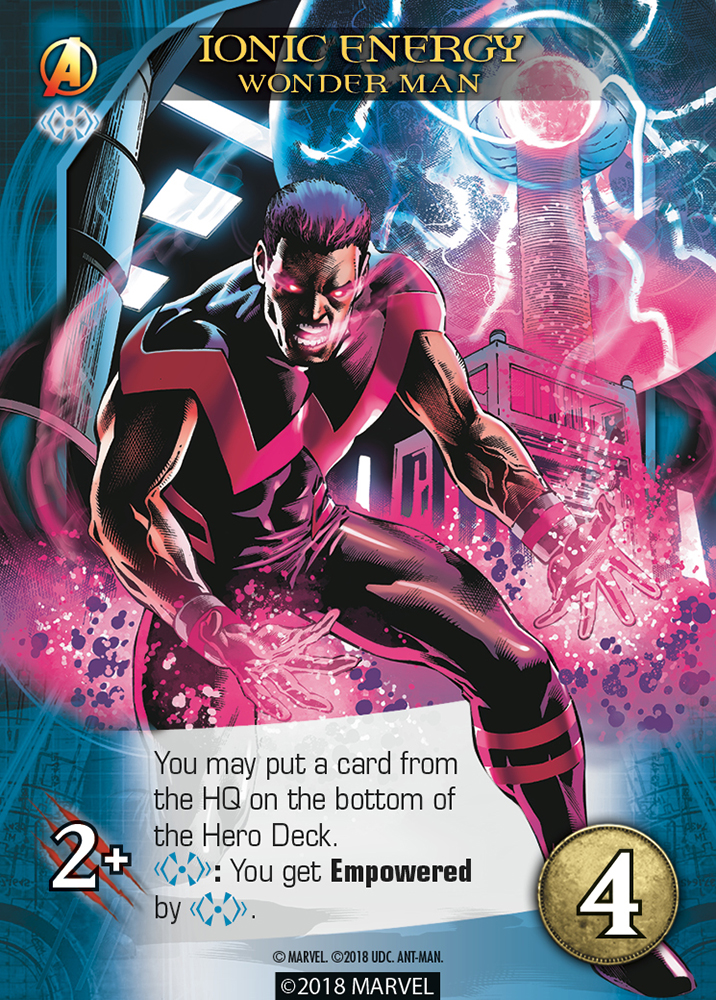 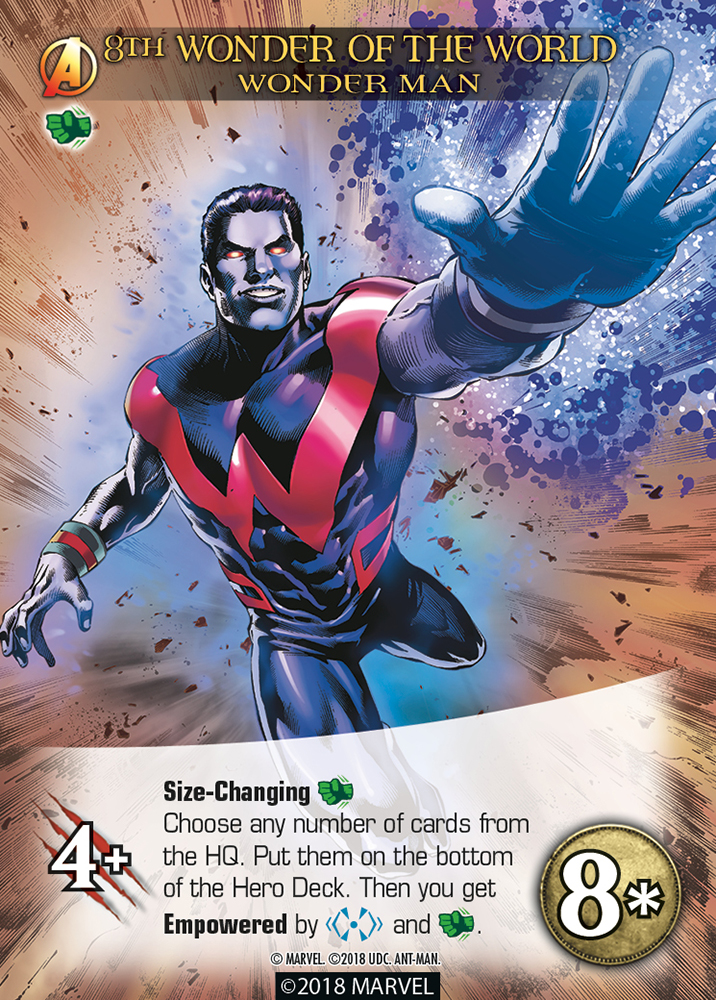 Thanks for checking out our card previews for the upcoming Legendary® Ant-Man. It releases November 7th. Contact your local gaming store to preorder your copy today.


Jocasta was previewed in last week’s post. Check it out: Card Preview – Age of Ultron


Still hanging for another preview…what’s going on? Is something up with Ant-Man?


In Marvel legendary: Can I recruit more than one New Recruit in the same turn? Tanks


Absolutely! As many as you can afford with your recruit points.