I’m not going to lie, the couple of weeks leading into San Diego Comic Con were quite nerve racking. Before coming to work for Upper Deck in May, I didn’t fully understand this entertainment world and how passionate fans were about the Comic Con event. After training and planning with Upper Deck staff each day, I felt confident as I had an absolutely incredible team by my side leading up to this annual event.

In the time leading up to Comic Con, tasks I was assigned as an events and marketing intern included:

I honestly don’t know where to begin in explaining how much I learned from this experience. Being an intern for Upper Deck’s events manager was incredibly rewarding and has taught me more than I ever could’ve imagined. She goes above and beyond what is expected from her and it makes the events really memorable for fans in attendance. Leading up to Comic Con, she included me in everything she was working on, from working with vendors on framing the prints, to designing promotional posters, and making sure everyone on the team had a role. She exemplified a positive attitude and strong determination which was contagious and made her a wonderful role model in my time here.

The Upper Deck Gallery prints are incredible, you have to check them out!

Among each of my responsibilities, organizing the street team took precedence. I was in charge of creating roughly a 10-person team that would work from 9:00 a.m. – 5:00 p.m. all four days of Comic Con. Their responsibilities included: meeting with me each morning at 8:30 a.m. to make plans and share the items they would need to be successful like promotional cutouts, giveaways and tablets. I worked to motivate them as they walked around the historic Gaslamp District of downtown San Diego and shared how cool Upper Deck e-Pack™ is with this excited fan base. We collaborated as a team to ensure the best possible results for the day while acting in ways that reflected well on Upper Deck. 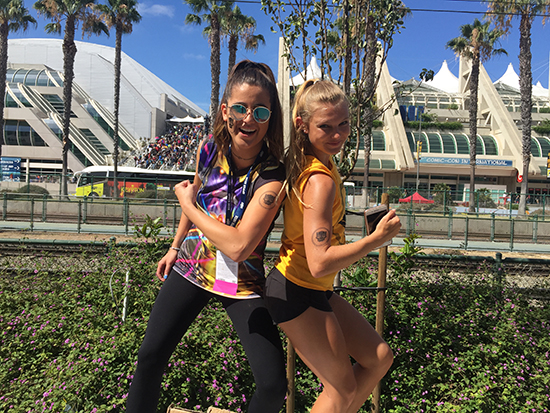 I made sure the street team was ready to flex their marketing muscles each day!

Each morning after I met with the street team and got them started, I would return to the Upper Deck booth for my shift which went until 7:00 p.m. each day. Despite working all day and speaking with a multitude of people, I never felt tired until 7:30 p.m. on Sunday when I got back home. Each Upper Deck staff member that came in for their shift brought with them a sense of eagerness and willingness to help me with anything I needed. There was never a sense of negativity that lingered around our booth, but rather a sense excitement and positivity that made the environment so rewarding to be part of.

One of the cool things to see what the success of the Upper Deck Gallery Comic Con exclusive. We had the artist on-hand to sign these limited-edition posters that were very much in demand. The one thing I learned there was crowd management! 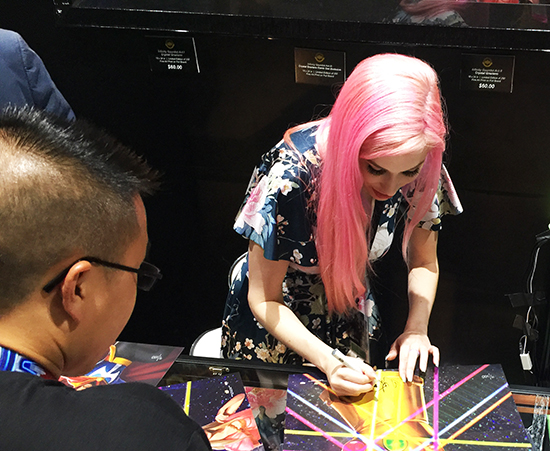 Artist signings are a big deal at Comic Con and Upper Deck was great at pulling them off!

I felt I was able to handle a variety of situations that arose that week which strengthened my customer service, marketing and teamwork team work skills in particular. My experience at Comic Con was busy, enlightening, character building, informative and fun. I have never experienced anything like it, and while my official role at my first convention was being an exhibitor, I learned so much about what it takes to pull off a great event for a major brand.

It is safe to say that I accumulated as much knowledge during those action-packed five days of Comic Con as I have in a semester at school. It taught me that the best knowledge you can gain doesn’t always come from books, but from experience working besides the pros. Thanks for the great experience Upper Deck!