Vs. System 2PCG: The New Defenders Card Preview – Under the Sea

Welcome to our second preview of the New Defenders Issue in the Great Power Arc for the Vs. System® 2PCG®! Today we’re gonna put on our wet suits and snorkel and visit a legendary underwater world – Atlantis! 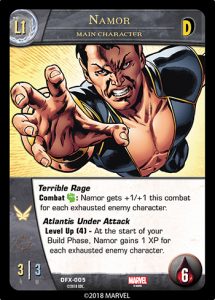 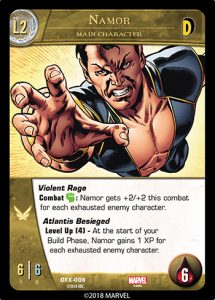 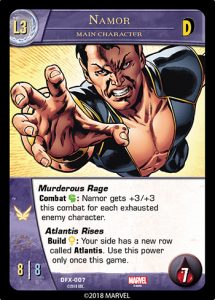 But what about Atlantis?!?!

Atlantis Rises adds a new row to your side, between your back row and your resource row, for the rest of the game. A player can’t have more than one Atlantis row on their side. Atlantis works just like your front and back rows (you can move characters there during your Formation Step, for example) with the following exceptions:

If I were in Atlantis, I would definitely collect tridents. Speaking of which, here’s one now! 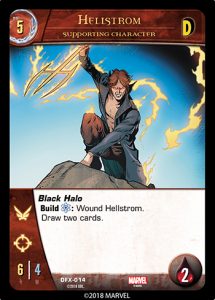 Note that if Hellstrom is already wounded, you can still use his super power, but he would be KO’d. And Hellstrom isn’t the only character who can draw cards in the Issue! 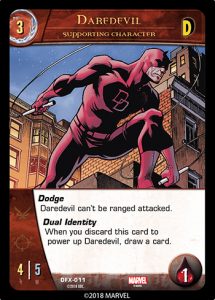 The Man Without Fear need never be without cards! Note that you can power up any Daredevil with this card to draw a card, it doesn’t have to power up just another copy of itself to do so.

Now that is one magical design! Speaking of magic, here is a Sorceress Supreme. 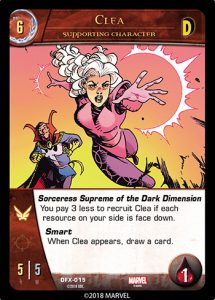 Clea is the Doctor Strange of Dormammu’s realm, the Dark Dimension. Or is he the Clea of our dimension? Either way, they can both… 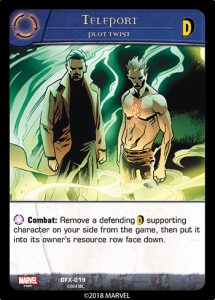 There’s something nice about a “defending

Join us next week for a quick look at how the Defenders deal with death! (Spoiler: Pretty well.)

The defense beings this October with Vs. System® 2PCG®: The New Defenders.