Vs. System 2PCG: The New Defenders Card Preview – Defend Yourself

Hello faithful VS. System® 2PCG® heroes (and a reluctant greeting to those villains amongst you as well – you know who you are)! Today we are going to look at the third and final Issue of the Great Power Arc! You’ve seen this team before, it’s The Defenders – featuring a villain turned hero who really puts the “Rich” in “Richmond”! 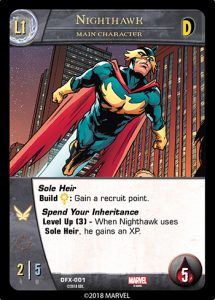 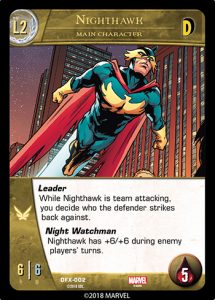 Joining him in the Issue are a bevy of heroes, ready to defend the innocent, especially with +1/+1 and -1/-1 counters! 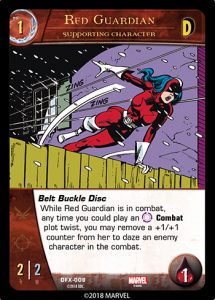 And she has a teammate who uses counters in a different way, making her second appearance! 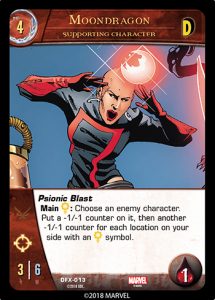 Moondragon would love the opportunity to take you to school!

Finishing up today’s preview, here’s the man of the power, Luke Cage himself! 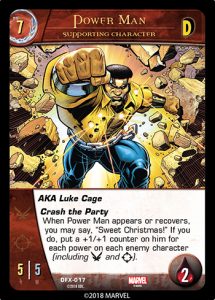 Power Man loves a good party, even if he wasn’t invited. The more guests the better!

Do you have to say “Sweet Christmas!”? No, but then you won’t get the counters. So there.

Power Man’s Crash the Party power counts each enemy power, even if there are multiple instances of the same power.

Please note that face-down characters lose their powers, so he doesn’t count them.

I hope you liked this look at some new Defenders! Join us next week as we search for a lost city!

The defense beings this October with Vs. System® 2PCG®: The New Defenders.