Vs. System 2PCG: The New Defenders Card Preview – Death Do Us Part?

Welcome, everyone. Today is the third and final preview of the New Defenders Issue of the Great Power Arc of the Vs. System® 2PCG®! We’re gonna take a close, but not too close, look at how these characters cause and cheat death! 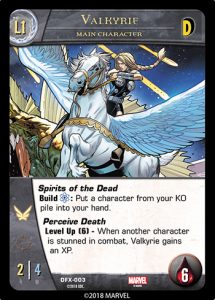 Note that if Valkyrie is stunned in combat but also stuns an enemy at the same time, she will gain an XP.

And here’s the payoff. 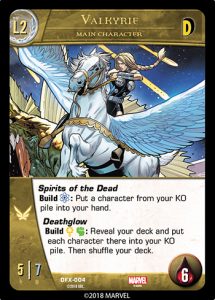 Now normally, when a character is stunned, they are safe from attack. Until now. 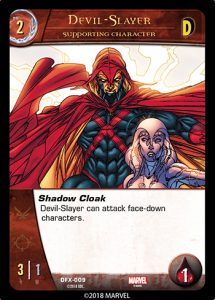 Note a few things about this guy:

He can attack stunned and hidden characters. Treat it as a regular attack, but keep in mind the face-down character’s powers are turned off and its team affiliation isn’t available for things like playing a plot twist.

When Devil-Slayer and the defender strike each other:

Whew. After all that, we need someone to protect us from our own demise. Row, row, row your boat… 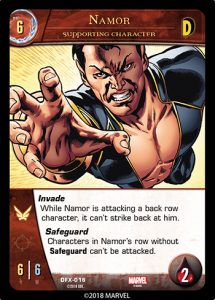 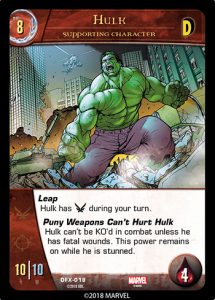 Hulk deals with death by being very hard to take out. HULK NOT BE SMASHED! His power means that Lethal attackers that wound him don’t KO him, and he ignores powers like Gamora’s Godslayer Blade and Drax’s Finger on Throat Means Death.

The defense beings this October with Vs. System 2PCG: The New Defenders.

We hope you’ve enjoyed your second look at the Defenders team! Join us in a few weeks as we journey back to the Photographic Universe for some cards that will just slay you!