Hello Spider-Fans, thanks for coming back for our final preview of Vs. System® 2PCG®: Sinister Syndicate. Let’s take a look at some of the more hateful, yet athletic members of the team: 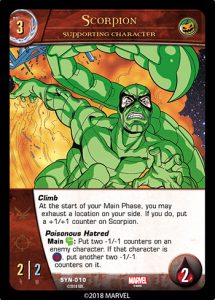 Please note that technically, in game terms, Scorpion is really mean to Spider-Friends characters. Up next is a guy who is a relentless predator: 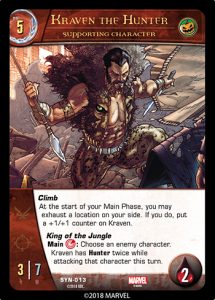 Remember that Hunter gives Kraven +3/+0 while attacking so his super power will give him +6/+0 against his chosen prey. He’s literally twice the hunter of anyone else!

Our last climber is someone Mac and Kraven might not want to compete with for climbing spots: 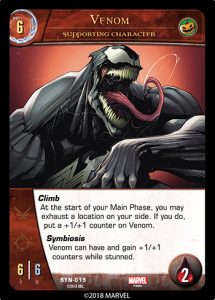 And what preview would be complete without Norman Osborn himself? 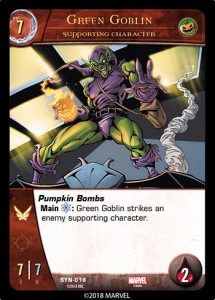 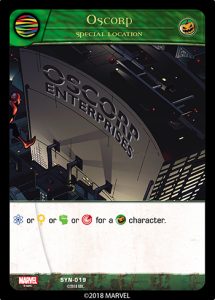 Note that when Goblin uses his Pumpkin Bombs, the character catching them doesn’t strike back. Trick and treat!

Thanks for reading our previews for the Sinister Syndicate (or at least looking at the cards). To balance out their evil aggression, we’ll take a peek at some defensive heroes in a few weeks!