Cless Howse grew up near McGregor, Ontario and being so close in proximity to the Detroit/Windsor border, it was easy for him to pick Steve Yzerman as his favorite player. For over a decade, he has compiled an incredible collection of “The Captain” that has to be seen to be believed!

“As long as I remember I have, in some form, collected hockey cards,” shared Cless Howe. “I would always hope I would find a Steve Yzerman card in ever pack I opened.” 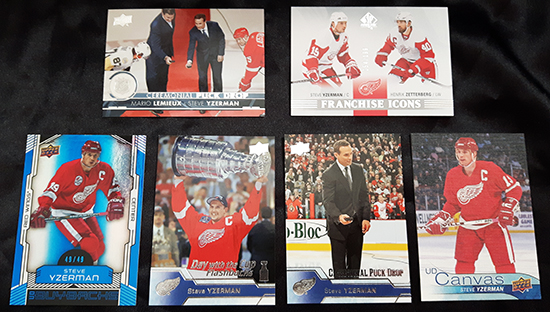 In 2005 Cless started collecting the Detroit Red Wings star more seriously, but still collected other hot players and interesting looking cards. In no time he acquired over 500 Yzerman base cards and inserts.

“I had decided refine my collection to only collecting Steve Yzerman base cards and simple inserts. I didn’t even have any jersey cards. Once I received my first autograph card as a gift though, everything changed. I started collecting all types of Yzerman cards exclusively. After all, how many could there possibly be?” 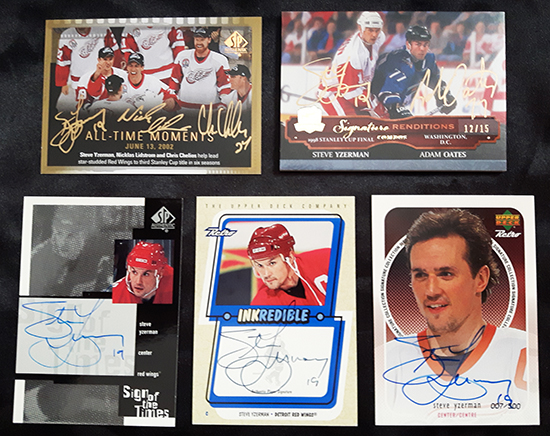 Thirteen years later and Howse’s collection has reached over 2000 different Yzerman cards. Having such a large collection to choose from, Cless has a hard time picking a favorite, although the 1999-00 NHL® Upper Deck MVP Draw Your Own Card ranks high, along with 2015-16 Upper Deck The Cup Championship Etchings. 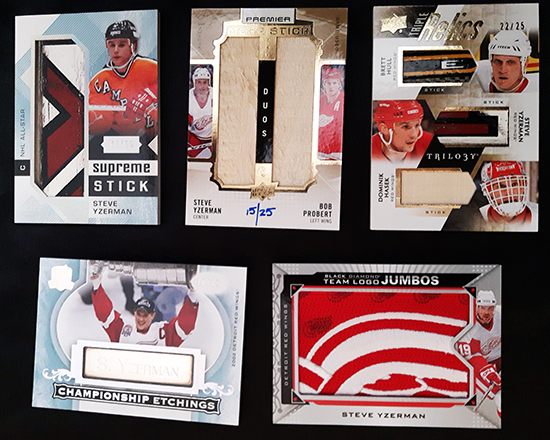 Cless retired from the Canadian Air Force as an Imagery Technician in 2016.

“Collecting Yzerman cards has become a hobby where I can relax and research something I am passionate about. Thinking of the cards and the times and places where I received them has helped with some harder times in life. It’s a great escape.” 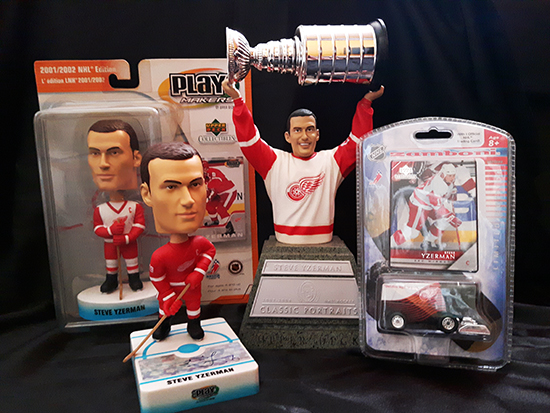 Cless plans to continue collecting only Steve Yzerman and has a goal of reaching 3000 different cards. Good luck Cless! 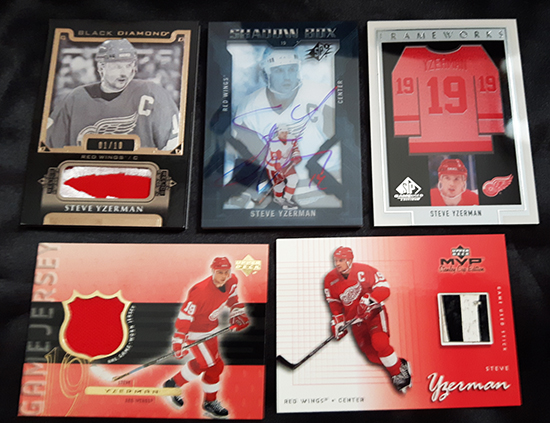 Got an Upper Deck Yzerman card that’s unique that would fit well in Cless Howse’s collection? You know he will give it a good home. Email him at clesshowse@gmail.com.