Hello friendly neighborhood Spider-Fans! For the last three weeks we have been taking a look at Spider-Man and his amazing friends. But what is a hero without an enemy…or six. It is our pleasure to introduce a brand new team: the Sinister Syndicate (

The Sinister Syndicate is a collaboration of the best (worst?) of Spidey’s enemies, who team up in an attempt to defeat the web-slinger because they can’t quite do it on their own. The group has had many members over the years, but at first there were six, and their leader had eight arms. 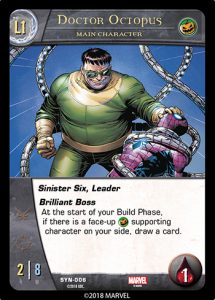 You may have noticed that Doc Ock has only 1

(he should really see a doctor!). But he also has a new keyword: Sinister Six. What does that mean? Well, it’s pretty sinister.

There have been many different iterations of the Sinister Six over time, so which group is in the set? The original one, of course. 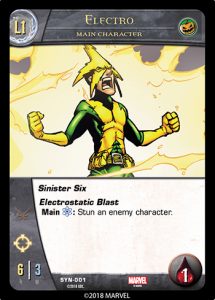 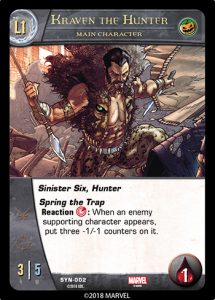 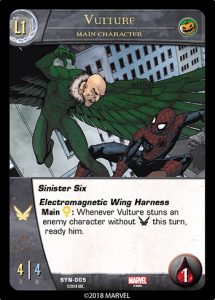 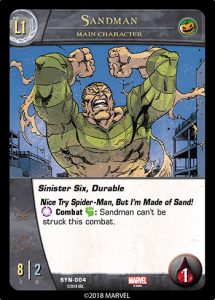 There is another character who is always trying to climb this villainous corporate ladder. He’s a slippery character, indeed: 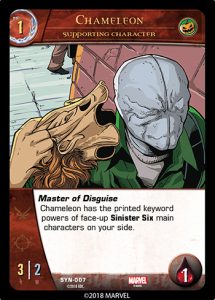 I hope you enjoyed this first peek into the world of the Sinister Syndicate. Come back next week, if you dare to uncover more mysterios!