Welcome back, Spider-Fans! Last week we introduced the new way that the Sinister Six main characters try their best to gang up on Peter Parker. Today, we will take a little wider look at the Sinister Syndicate team itself. What do you get for joining forces with such a motley crew? Well, let’s finish out the roster of the six main characters first: 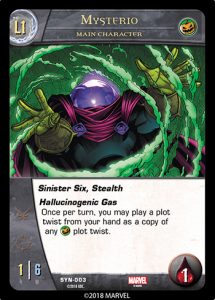 Mysterio is such a sneaky guy. And what exactly are the team’s plot twists? 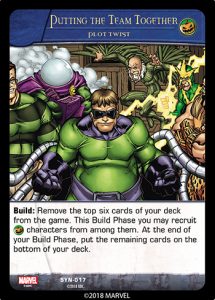 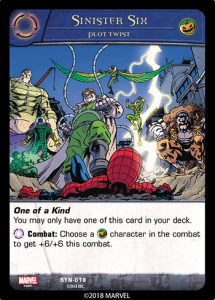 But enough about main characters, what about the supporting cast? 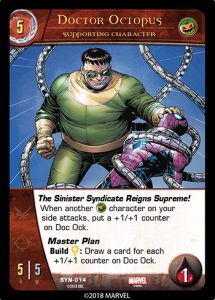 Doc Ock always wants to be the leader of this group – even when he’s a supporting character.

We will leave you with one more card, another supporting character of one of the main characters on the team, continuing his plot twist theme: 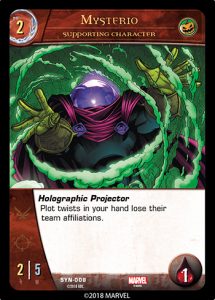 No, that’s not a drawback. It basically turns all the plot twists in your deck into neutrals – you don’t have to worry about which teams you have represented when Mysterio is making his movie magic.

See you next time for some more insanity from the Sinister Syndicate!