For our final preview of Vs. System® 2PCG®: MCU Villains it is all about fun things to do with resources. For example, our first character likes to punish opponents who don’t play enough basic locations. 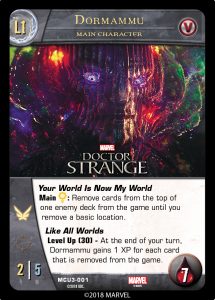 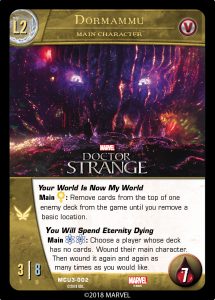 Dormammu’s You Will Spend Eternity Dying power lets you wound a main character as many times as you want. For example, you could wound it twice. Or three times. Or four. Really there’s no limit. You could even wound it seven times if you want.

Our next preview is Dormammu’s disciple who is also mean to resources: 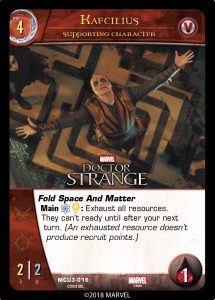 Kaecilius’s Fold Space and Matter power adds a new rule to the game:

Next up: Dormammu’s back again, but this time he cares about your resources instead of your opponent’s. 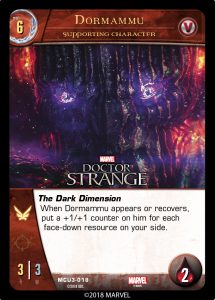 You know what else is fun to do with your resources? How about spending 8 recruit points to play this card? 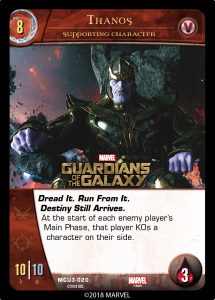 Tune in next time when we revisit the Illustrated Universe and take a peek at cards with great power.