Welcome to the first preview for the Vs. System® 2PCG®: MCU Villains Issue. With Gen Con just around the corner, we will be spoiling all 22 unique cards from this issue over the next 22 days.

Let’s get things started with a friendly guy. 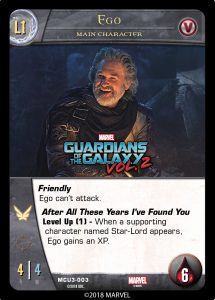 To refresh your memory, here’s Star-Lord from Vs. System® 2PCG®: The MCU Battles: 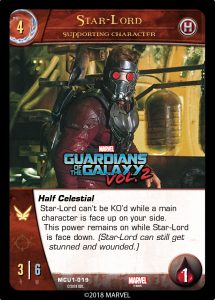 Keep in mind, Ego will gain an XP even if the Star-Lord that shows up is on another player’s side.

One of our favorite things about Ego is saying his Level Up power’s name out loud when Star-Lord appears. And how you say it becomes more exasperated the longer it takes for Star-Lord to finally show up. I mean, it’s enough to make anyone angry… 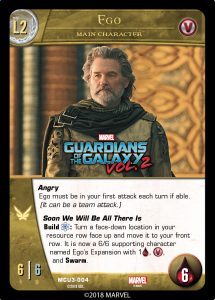 Once Ego turns a location into a supporting character, it no longer counts as a location. (It won’t give you any recruit points and you can’t spend it to pay for a super power.)

You’re probably wondering what to do if Ego is suffering from insomnia. 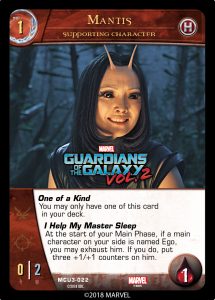 Next up is a main character who more or less believes less is more. 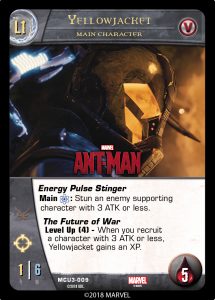 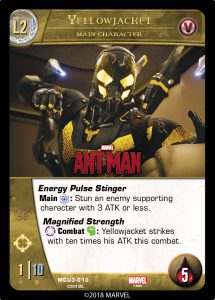 Yellowjacket’s Magnified Strength power lets him strike with ten times his current ATK. The good news is that if his ATK got pumped to, say 4, then he’ll strike for 40. The bad news is if his ATK gets shrunk to 0 he’s out of luck.

So watch out for Des and Troy: 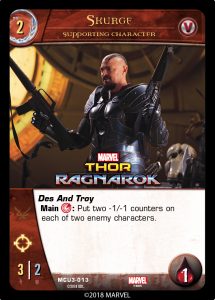 Or try to be proactive with Grandmaster: 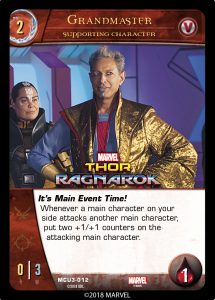 We hoped you enjoyed today’s preview. Tune in next time for a look our favorite Asgardian’s big sister.