For our next preview of Vs. System® 2PCG®: MCU Villains we’re going to focus on some characters who don’t want you to have things. Let’s get started with the goddess who broke Mjolnir: 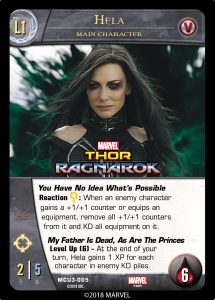 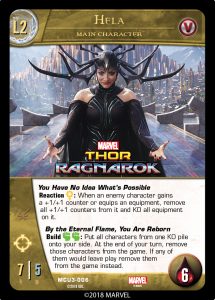 Hela does not want you to have +1/+1 counters or equipment. She does however, want to bring back an army of KO’d characters for a massive attack.

This next character doesn’t want you to have a successful attack (against him). 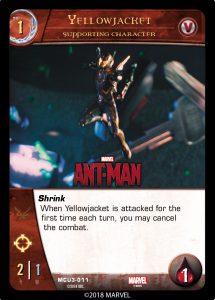 Our next card doesn’t want you to have super powers. 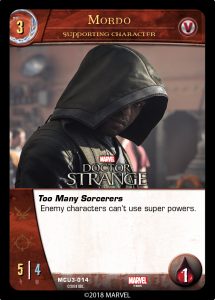 And finally here’s a character who doesn’t want you to have stats that are bigger than his. 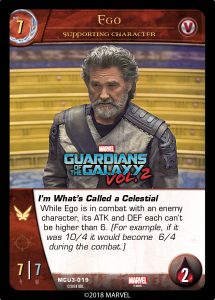 We hoped you enjoyed today’s preview. Tune in next time for a look at someone who knows if you want something done right, do it yourself.