Welcome to the second preview for the Vs. System® 2PCG® Issue: MCU Heroes.

Let’s start things off with the young king of Wakanda: 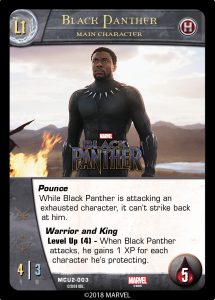 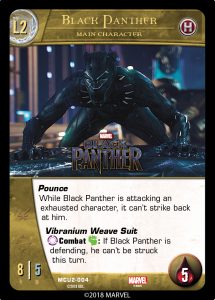 Keep in mind Black Panther’s Vibranium Weave Suit will prevent him from being struck not just during this combat but for the whole rest of the turn.

But in order to level him up, you’re going to need some solid early game supporting characters. Like this little guy: 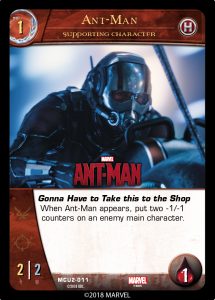 And this dapper fellow: 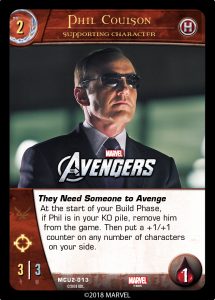 Note: Removing Phil Coulson from your KO pile is not optional. You’ll have to avenge him at the start of your next Build Phase. 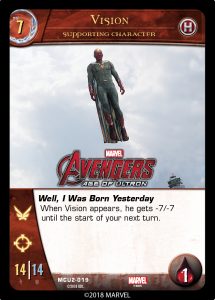 We hope you enjoyed today’s preview. Tune in next time when for a look at Marvel’s Power Couple.

Vs. System® 2PCG®: MCU Heroes releases to stores this June.