At just 21 years of age, with a goal and two assists in a 7-3 loss to Columbus, Connor McDavid becomes the first Oiler’s skater since the 1990-91 season to rack up 40+ goals and only the seventh player in NHL® history to record multiple 100 point seasons before their 22nd birthday. 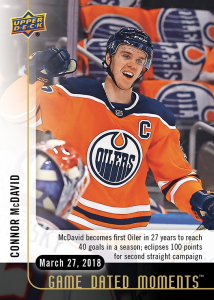 Per usual, Vegas continues to find ways to beat the odds and surpass expectation as they take down the Canucks 3-2 at home to officially clinch the Pacific Division and become the first true expansion team to clinch their division in their inaugural year. 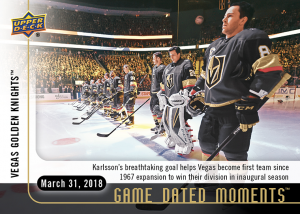 Ovi becomes the first Capitals player to skate in 1,000 career games as he maintains his reputation of machine-like durability and production while leading the Caps to their 3rd consecutive Metropolitan Division title after taking down the rival Penguins 3-1 on the road. 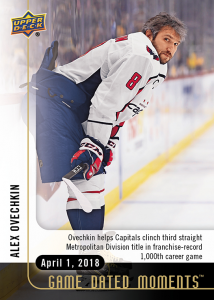