For our final Vs. System® 2PCG®: The MCU Battles card preview article we will feature the Villains of the MCU.

Our first card features someone who hates ready characters. 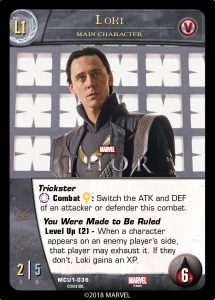 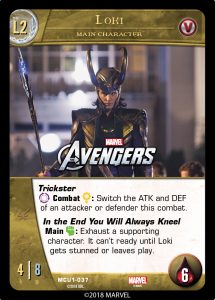 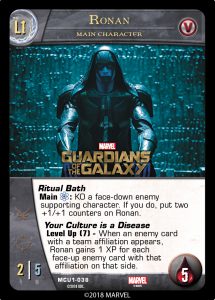 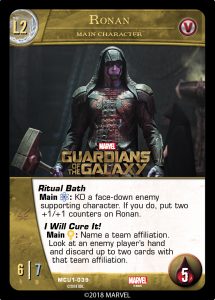 And now someone who hates Captain America. (Man, villains are so hateful!) 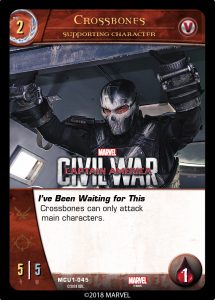 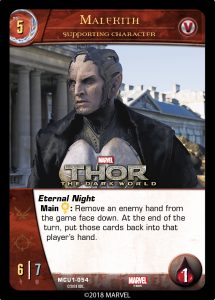 And here’s somebody who hates it when other characters get +1/+1 counters. 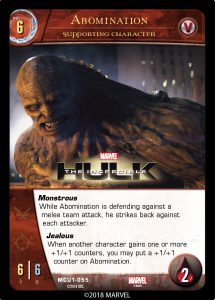 Well, I guess he actually kind of likes it when other characters get +1/+1 counters. Which means he really likes this plot twist: 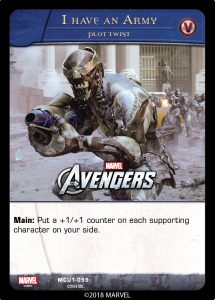 We hope you enjoyed today’s preview article. Tune in next time as we preview cards from the first MCU expansion; Vs. System® 2PCG®: MCU Heroes.

Vs. System® 2PCG®: The MCU Battles hits stores this May.