Vs.System 2PCG: The MCU Battles Card Preview – Ones in a Million

Welcome to today’s preview article. This time around we’re going to look at some of the weirder cards in the Vs. System® 2PCG®: The MCU Battles set.

Let’s start off with someone I’ll bet you didn’t see coming: 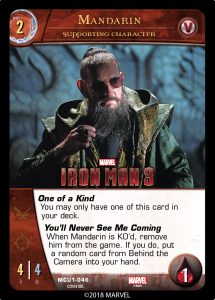 In Marvel’s Iron Man 3, we found out that the Mandarin was really just Trevor Slattery. But in the Marvel One Shot: All Hail the King, it turned out The Ten Rings organization is pretty upset at Trevor. And there just might be a real Mandarin after all.

In the Vs. System® 2PCG® this is represented by your Behind the Camera pile which is made up of two copies of Trevor Slattery and one copy of The Ten Rings. When Mandarin gets KO’d, you’ll put a random one of those cards into your hand without showing it to your opponent. There’s a good chance it’s just lowly Trevor: 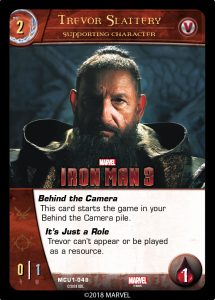 You won’t get much use out of Trevor, although maybe your opponent will make you discard a card and you’ll be like, BAM! Trevor.

But perhaps it’s The Ten Rings: 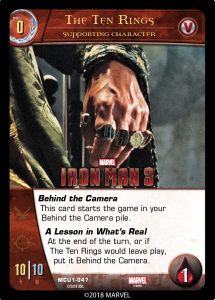 Now let’s take a look at a card that makes us very, um, happy? 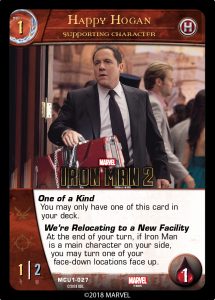 When the opportunity presents itself we love making cards that reference other cards. In this set, each of the core four Avengers gets one helper character: 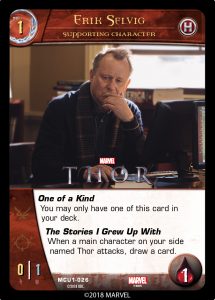 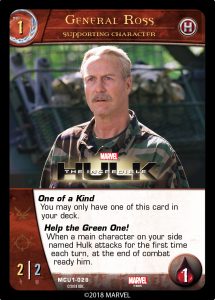 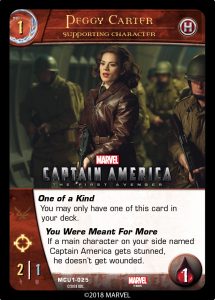 Finally let’s put a suit of armor around the world: 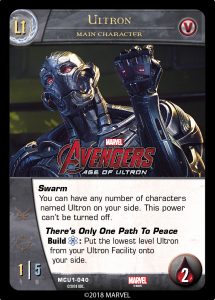 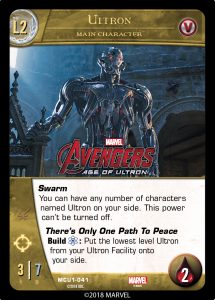 Whenever you use his There’s Only One Path to Peace power, you’ll put one of the lowest level Ultrons in your Ultron Facility onto your side. 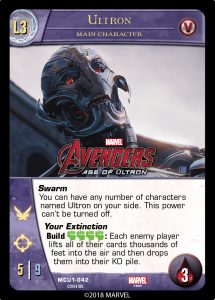 Remember: if you can’t fulfill every part of an effect you still do as much as you can. For example, if your opponent is unable to lift their cards thousands of feet into the air, they will still all get dropped into their KO pile. (i.e., They all get KO’d.)

We hope you enjoyed today’s preview. Tune in next time for a look at the heroes among us.

Vs. System® 2PCG®: The MCU Battles hits stores this May.