Welcome to the first preview for the next Vs System® 2PCG® arc which is a celebration of the Marvel Cinematic Universe. This time around we’re starting things off with a Giant-Sized Issue which has 200 cards and adds two new teams: MCU Heroes and MCU Villains. After that there will be two regular 55-card Issues, one with more cards for the Heroes and one with more cards for the Villains. 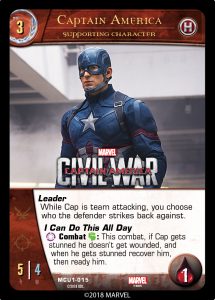 As you can see, the artwork for the MCU arc is straight from the movies. However, this isn’t just a cosmetic change from previous Vs System® 2PCG® sets. With the introduction of the MCU, the Vs System® 2PCG® is now split into two Universes:

The Illustrated Universe includes cards with drawn or painted artwork. (All cards prior to the Earth 199999 Arc belong to this universe.)

The Photographic Universe includes cards with images from movies or TV shows. (All MCU cards belong to this universe.)

When you build a deck you can’t mix together cards (including your main character) from the Illustrated Universe with cards from the Photographic Universe. However, you can still play decks from one universe against the other.

The two universes only affect deck building. Once the game starts it doesn’t affect anything. For example, if you have an Illustrated deck, it’s perfectly fine to play an effect that moves your opponent’s Photographic character to your side.

But enough talk, let’s look at some cards.

One thing that’s fun about the MCU set is that every MC has a different image on their Level 1 and Level 2 cards: 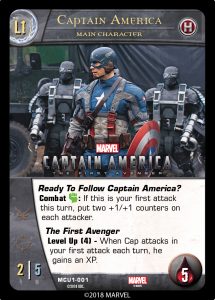 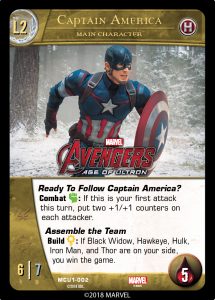 And sometimes the images are more drastically different: 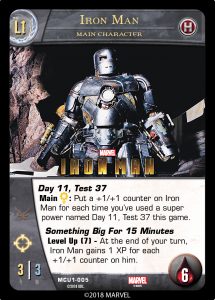 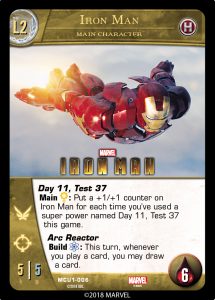 Our first supporting character today is all about bringing people together. Specifically people in your deck and on your side. 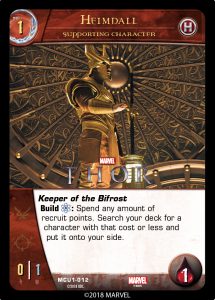 And here’s a character that’s too cute to be in the Illustrated Universe: 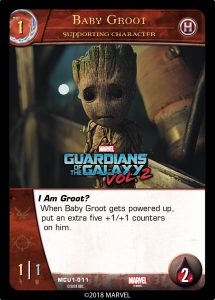 Here’s a character that is both Good and Evil: 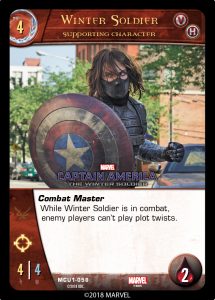 And finally here’s a plot twist that puts the “Hi” in Hydra: 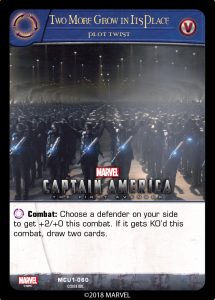 We hope you enjoyed today’s preview article. Tune in next time for a look a one of a kind article.

Vs System® 2PCG®: The MCU Battles hits stores this May.


Looks exciting! Some interesting mechanics to explore. Can’t wait to play these.

(But whoever in the film division is forcing the logos on the character images is ruining the game aesthetic. Sucks that you have to include them so prominently)