Let’s get things started with something strange: 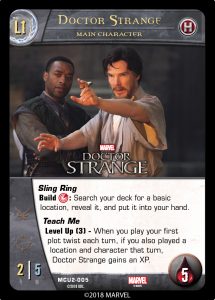 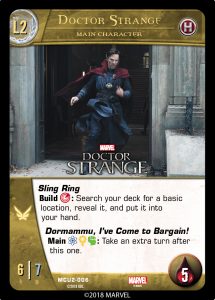 At Level 1, Doctor Strange just wants to learn how everything works. For example, if you have an available

location, you can use the good doctor’s Sling Ring during your Build Phase but before you’ve placed your resource for the turn.

Once he makes it to Level 2, not only has he found the Cloak of Levitation, but he’s ready to do some serious bargaining.

Now let’s take a look at a little something: 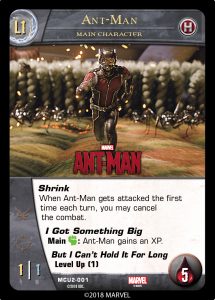 And now for a big something: 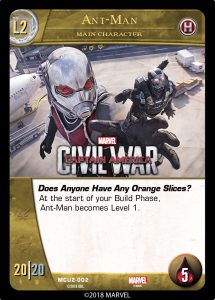 What could possibly stun a 20/20 main character?!

I give you: Arrow Guy! 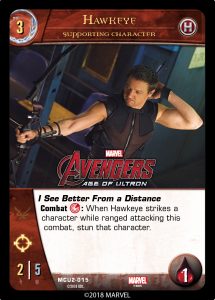 And if you’re put off by Hawkeye’s 1 Health, talk to some One: 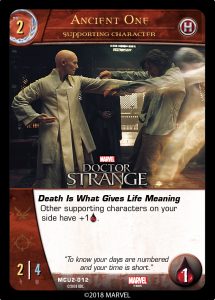 We hope you enjoyed today’s preview. Tune in next time when for a look at a Warrior and King.

Vs. System® 2PCG®: MCU Heroes releases to stores this June.