Upper Deck Gallery: My name is Legion… for we are many

David Charles Haller was created by writer Chris Claremont and artist Bill Sienkiewicz and first appeared in issue 25 of New Mutants. In April, Jae Lee and June Chung will bring Legion to life in the Upper Deck Gallery Print Legion: The Hunted and the variant Legion: The Hunter. 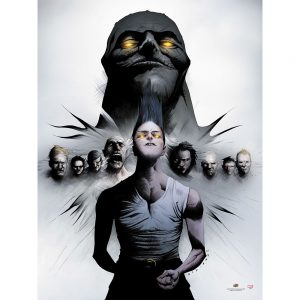 Unlike many heroes, Legion suffers from unique mental health issues that unusually affect his powers. Legion has several different personalities that each maintains control over a different one of his many, many powers – and Legion has also been known to rapidly gain new personalities and manifests new powers.

We first met David at the beginning of his struggle, where he was watched over by Moira MacTaggert on the Muir Island mutant research facility. After witnessing many deaths in his youth, including a terrorist attack, he began manifesting multiple identities as his personality splintered. The resulting trauma left him in a coma. When David wakes up, he is possessed by the Shadow King – an entity who feeds off of hatred and negative energy. During his time with Shadow King in control, David performed terrible acts of violence, including killing his friend and fellow mutant, Destiny. Eventually, the X-Men and the X-Factor came together in Uncanny X-Men 278-280 and X-Factor 69-70 to fight the Shadow King and free David, but this once again rendered David comatose. 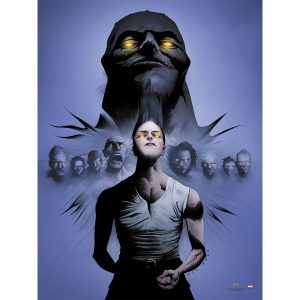